Home
Stocks
The MarketWatch Q&A: Are baby boomers investing too much in risk? This former hedge fund manager says so
Prev Article Next Article 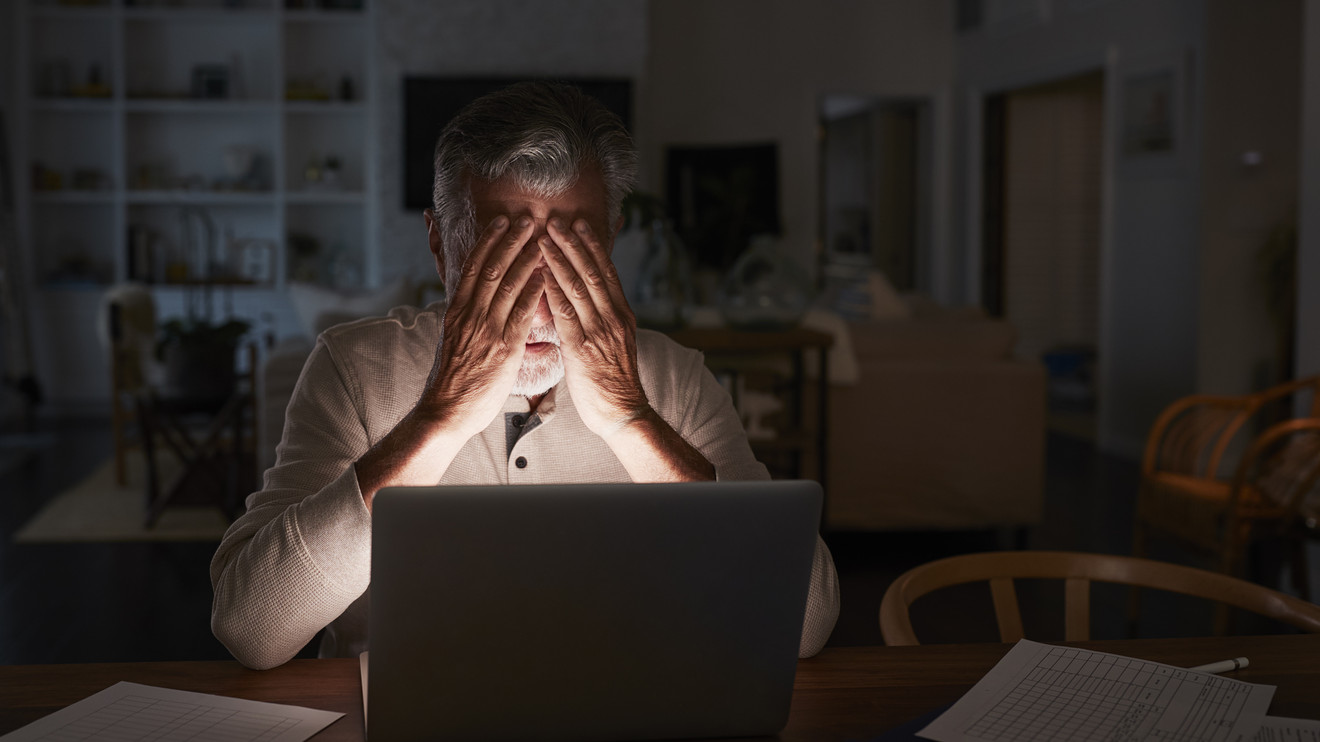 There are many strategies to invest for retirement, but if they include loading up on stocks in your old age, they’re dangerous, says Raoul Pal, former hedge fund manager and chief executive officer and co-founder of financial media company Real Vision.

In an effort to assist Americans in preparing properly for their retirement, Pal and his company released a two-week campaign of retirement-related videos, which focus on different aspects of the investment process. Some episodes highlight the global pension industry, while others draw attention to how high investment fees and behavioral traps can hurt investors.

The two weeks-worth of content end with a documentary on the retirement crisis, which includes conversations with prominent retirement experts, including a former SEC attorney and economists.

Real Vision, which releases documentaries and weekly interviews, charges a subscription fee to access its content. It is running a promotion of $1 for three months so viewers can access its retirement videos. The subscription is usually $180 a year.

Not all Americans are preparing for retirement. Many older workers don’t realize they’re not financially ready to retire until it’s too late, while plenty of younger employees — who have time on their side — fear they may never be able to leave the workforce because of the financial hardships they face. Groups in the middle must balance a rising cost of living, as well as figure out how to financially support themselves, their parents and their children. Social Security, which many Americans rely on for retirement income, is facing a shortfall by 2035, at which time beneficiaries would only receive about 80% of the benefits they’re owed.

See: Here’s why you shouldn’t retire super early — even if you can

The U.S. is looking for ways to bolster retirement security. Congress passed the Secure Act in December, which includes provisions encouraging small businesses to expand access to retirement accounts and get workers to put more money away. Democratic presidential candidates, including senators Bernie Sanders and Elizabeth Warren, as well as former mayors Pete Buttigieg and Mike Bloomberg, have unveiled proposals to address Social Security’s funding and other retirement issues if they’re elected.

Still, more can be done. Part of the problem is in how advisers manage retirement assets, Pal said, adding that keeping older investors in equity-heavy portfolios may be too risky given an impending market downturn. Financial advisers typically counsel investors to stay the course when markets are fluctuating, but that’s not always the best advice — people closest to retirement may need to adjust their portfolios accordingly so that they don’t lose too much in a short time-frame, right before they’re about to exit the workforce. For example, Fidelity Investments found too many workers had invested more in stocks than they should for their age group last year.

Others argue the idea of shifting too quickly to safer investments, like bonds, could cut investment returns short, which could be detrimental for someone who needs to live in retirement for another two — or more — decades. One strategy is to have buckets of investments, where each pool of money has a different asset allocation (some leaning on stocks, others more conservative) and investors withdraw from them differently to generate retirement income while simultaneously still earning returns.

MarketWatch spoke with Pal about how people are preparing for retirement and what they should know. This interview was edited for clarity and length.

Raoul Pal: I did a mini documentary in 2018 called “The Coming Retirement Crisis Explained and Explored.” It was behind a paywall and viewers asked to share it so they can show their parents and friends. So we put it on YouTube and two million people watched it. We were like, oh my God, this is something serious and important to people. As we started approaching what is essentially a recession, I thought it was pressing and urgent to dig into this properly so people have a full understanding of what’s going on.

We started the campaign with an update to that retirement crisis video. We have two weeks of programming — the first week is all about the problems and underfunding of pensions, overallocation to risk assets, and all of the potential pitfalls. The second week is all about solutions. What can millennials do? What about bitcoin and investing in emerging markets? There are chances of making money — if you look at different areas, like setting up a business and investing in themselves. The baby boomers need to de-risk and make money outside of retirement. There are even simple things like bringing back multigenerational households, which would solve the problem if people move in with their parents and you split the costs, allowing two to three people to be able to work. Financially, it becomes a more robust system.

We don’t think people are being given the truth because asset managers and investment advisers tell them to take more risk and that’s wrong.

MW: Financial advisers sometimes tell older Americans not to move entirely to conservative assets when they retire because life expectancies are longer, and they need the money to work for them for potentially a few decades. What do you think?

Pal: What happens if equities fall? That is a ludicrous discussion if you don’t take into account the risk. We have had an epic 10-year bull market and people don’t want to see the risk but we know recessions come. If you retire and the market falls, you can’t buy the dip. There’s a difference between boomers and Gen X — I can buy the risk, I can average in. The probability of volatility in a recession can rise dramatically, so it can turn to a massive loss. Someone in their 30s has plenty of time to build their asset base, but for someone who is 60, that is irresponsible.

Also see: Retired and facing a stock market downturn? Here’s what you should — and shouldn’t — do

MW: What do you think needs to happen — in large or small ways — to improve retirement standing for most people?

Pal: I think people’s expectations need to be reset. They need to understand their magic number doesn’t exist. They need to understand their American dream of retirement isn’t going to be fulfilled. You have to look for quality of life adjustments. Say you’re living in San Francisco and want to retire, you have no chance unless you’re in the 1% so you have to move to a cheaper state or different country where you’ve got quality of life at lower costs. You see so many people move to Spain, and that was for the same thing — Spain is a much cheaper country to live in, has a great health care system, great climate and great quality of life.

They need to think of multigenerational households. If you can stomach your parents, then doing that, you have babysitters and household maintenance and the ability to have three incomes, where some work part-time and you pool savings. That was very typical before World War II — it was typical to live together and is common for South Europe, India and Asia.

And also, not to fear the bond market. Bonds are your friends. Treasurys are not going to go bankrupt, they protect your capital and make capital gains as interest rates go toward zero. The answer is to secure retirement.

[Retirees] can also use their knowledge to generate some income, like consulting or driving. If you can sell your house and move into a smaller place before everyone does the same thing (because everyone will want to downsize), that is a huge problem solved overnight.

MW: Financial literacy is low and people often say planning and saving for retirement can be complicated. How can people make sense of it all? Where should they start?

Pal: There are no shortcuts to understanding financial security and taking control of your own finances. You wouldn’t give a pile of cash to a friend and say look after this for me, but everyone does it with financial advisers without questioning what they do with the money. You have to take the time. It is not easy and at first it seems confusing, but think of it as your pile of cash and what risk people take with it. Don’t start getting confused with IRAs and tax benefits — say, how much of the stock market do I own and what would happen in the next recession? What risks am I running and what do I need to do? Be very top-down. Wall Street loves to confuse you. Be careful in what you’re doing, don’t just listen to the siren call of what Wall Street says. Don’t trust anyone — do it yourself.