Home
Stocks
The Moneyist: I’m 71 and have been married for 27 years. My wife tries to make my life as difficult as possible. Is it too late to get divorced?
Prev Article Next Article 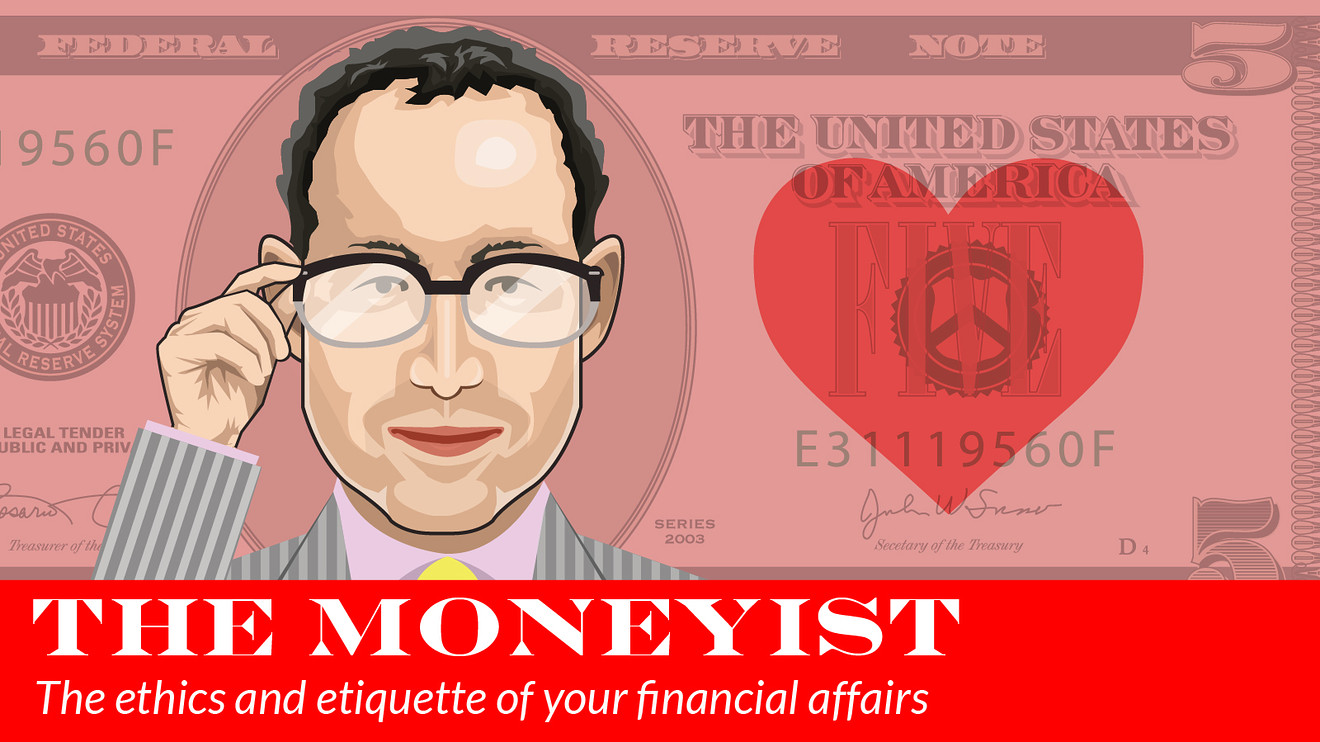 I am 71 and have been married for 27 years. My wife is 65. We hooked up one night and later on in the dating cycle when sex was imminent I asked if we needed to use birth control. She said it wasn’t needed as she was infertile and couldn’t conceive. Turns out, she was not infertile. She got pregnant and — as I felt 50% responsible — we were together from then on. We did have a beautiful daughter, who is now 26 and finishing her doctorate in occupational therapy.

The Moneyist: ‘What did he do with all the money?’ My dying husband cashed his $700K life insurance and emptied his bank accounts

We are diametrically opposed to each other on almost everything. She is an inside-the-house reality-TV person. I am an outdoors, physically fit, active person. She argues at the drop of a hat, raises her voice, especially when I want to visit my previous family, relatives, and grandchildren. Basically, my wife tries to make my life as difficult as is possible. She wants me to pay for everything, curb my outside activities, and basically bend to her will on anything and everything.

The Moneyist: My mom asked for a divorce. My dad made his mother his pension beneficiary CC and then he killed himself. Now my mom and grandma are feuding. Who’s right?

I am easy going and laid back and, generally, will just try and avoid conflict or remove myself from her presence as much as possible. I have stayed in this relationship for my daughter’s sake and to avoid the financial beating I know my wife will try and hit me with. I recently retired and wonder if I should bite the bullet financially and emotionally, and ask my wife for a divorce. I know my wife will do her best to turn our daughter against me, too.

She was married before. I have also been married before and had a daughter with my first wife. Should I just grit my teeth and continue until death do us part?

I’m heartened to hear that you felt 50% responsible because you were 50% responsible. With letters such as this, we only ever get one side of the story. That’s the nature of the beast. Your wife may have been told that she was infertile by a doctor. Couples have adopted because they spent years trying to conceive children, only to adopt a child and then have a biological child or children later. Sometimes, it’s a definitive no; other times, it’s not. She may be an exception to the rule, but almost all couples have a 50/50 share of the responsibility for the breakdown of their relationship.

The Moneyist: My stepfather and mother pooled resources to buy a home. My mom died in 2003 and he just passed away. His kids are selling their house — am I entitled to anything?

Wherever the responsibility lies, I have some good news. The divorce rate for people who are aged 50 and older has doubled in the last 25 years. That’s according to recent data from the Pew Research Center. However, among those ages 65 and older, the divorce rate has actually tripled since 1990, reaching six people per 1,000 married persons in 2015, Pew found. That suggests that it’s never too late to find happiness — granted, we didn’t need Pew to tell us that — and there are many more single sexagenarians and septuagenarians out there.

Part of this is due to demographics. People are living longer. The divorce rate for adults aged 50 and older in remarriages is double the rate of those who have only been married once (16 per 1,000 married persons versus 8 per 1,000 married persons). Among those 50 and older who were divorced during the last year of Pew’s survey, 48% were on their second marriage. As my colleague Angela Moore points out, the divorce rate has increased as the stigma related to divorce has reduced. People want a second chance. We all have one life to live.

You’re also correct that you will likely be financially worse off after you divorce. That’s particularly true for women, this study by researchers at Bowling Green University in Ohio concluded. “Gray divorced and never-married women face considerable economic insecurity,” they wrote. “Their Social Security benefits are relatively low, and their poverty rates are quite high (over 25%), indicating Social Security alone is not sufficient.” Gray “widoweds” are most likely to fare better. One financial adviser even described divorce as going through a “terrible recession.”

The Moneyist: My father-in-law’s business went south and my mother-in-law has never worked a day in her life. How can I avoid supporting them?

So what do you do? You’re 71. If you have enough to live on, can split your housing costs, and believe you will also have an happier life, go for it. You may wish to be single, or you may want to start dating again. Fair warning, studies also show that elder single men are also more likely to suffer from loneliness. Sure, being suddenly single can take a bite out of your social life (or improve it), but psychologists have made the connection between social isolation and depression, alcohol abuse, smoking and other issues like addressing medical issues in a timely manner.

If you’re still harboring suspicions and/or resentments about how you and your wife got together, it may also be time to move on. Make sure you have a support network. You have two children and, I trust, friends and other family members who can help you through this. The same goes for your wife. Be prepared. Even if you are sure that this is the path you want to choose for this chapter, divorce can be one of the most stressful, financially difficult, and emotionally taxing life experiences. That does not mean, however, that you should not do it.

Do you have questions about inheritance, tipping, weddings, family feuds, friends or any tricky issues relating to manners and money? Send them to MarketWatch’s Moneyist and please include the state where you live (no full names will be used).

By submitting your story to Dow Jones & Company, the publisher of MarketWatch, you understand and agree that we may use your story, or versions of it, in all media and platforms, including via third parties.

The Moneyist: My father left everything to my son. When I called the attorney about the will, my son got very upset. I now need financial help. Should I ask him for money?

Hello there, MarketWatchers. Check out the Moneyist private Facebook FB, -0.14%  group where we look for answers to life’s thorniest money issues. Readers write in to me with all sorts of dilemmas: inheritance, wills, divorce, tipping, gifting. I often talk to lawyers, accountants, financial advisers and other experts, in addition to offering my own thoughts. I receive more letters than I could ever answer, so I’ll be bringing all of that guidance — including some you might not see in these columns — to this group. Post your questions, tell me what you want to know more about, or weigh in on the latest Moneyist columns.