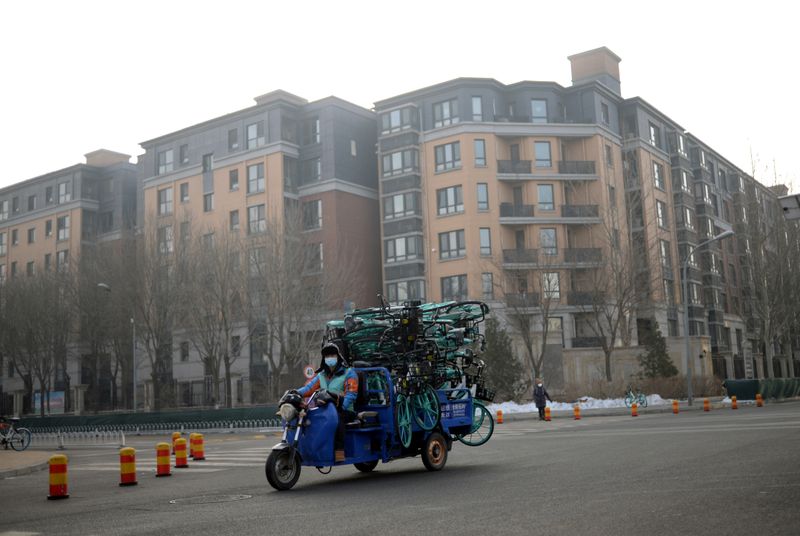 CHICAGO/NEW YORK (Reuters) – The outbreak of coronavirus in China has forced U.S.-based suppliers to industrial giants such as Caterpillar Inc (N:), Deere & Co (N:) and Komatsu Ltd (T:) to grapple with a surge in costs to avoid production disruptions.

As the epidemic slows exports from the global manufacturing hub, the higher prices for everything from tubes to metal pieces could further dent earnings of tractor and machinery makers that are already battling with a downturn in America’s industrial economy.

China is struggling to get its economy back on track after imposing severe travel restrictions to contain the virus that emerged in the central province of Hubei late last year, which has so far killed over 2,100 in China and spread globally.

Illinois-based Morton Industries is trying to find a domestic source for tooling and fixtures used to shape metal that it previously imported. But limited domestic supply and a rush to secure the supplies that formerly flowed from China have sent prices up as much as 30%, said Kevin Baughman, vice president of operations at Morton.

Baughman said the company has asked customers to shoulder the higher costs for the components “as we couldn’t absorb them.”

The increased costs are not limited to the parts these companies make. Shifting sourcing often means buying new tools and spending money to ensure that new parts fit the specifications demanded by equipment makers.

Caterpillar declined to comment, as did Deere, which reports earnings on Friday. Komatsu did not respond to a request for comments.

Executives of half a dozen suppliers told Reuters they are taking measures that include tying up sources outside China and booking air freight – as opposed to normal sea freight – to fly in the available parts and components from China, where roads and ports have been restricted, to ensure they can keep their customers supplied.

Woodridge, Illinois-based Morey Corp expects to face shortages for circuit boards and casting parts next month if the stocks are not replenished.

The electronics manufacturer has reached out to vendors in the United States, but its sourcing director, Tanveer Khan, said the price difference between domestic and Asian suppliers is as much as 30%.

Supply disruptions come on the heels of a nearly two-year-old Sino-U.S. trade war, which inflated the costs of imports of industrial parts and components from China and sapped business confidence, resulting in layoffs and production cuts at manufacturers including Deere and Caterpillar.

Unlike the trade war, the coronavirus impact may be short term. Prices could spike, then decline as supplies improve. The number of newly reported cases in China has fallen in recent days.

But for now, the outbreak is further inflating the costs and the threat of component shortages looms.

A Moline, Illinois-based supplier of Caterpillar and Deere that declined to be named said it is paying 40% more to domestic vendors for components that used to come from China – costs it is passing on to customers.

Bill Bachman, chief executive at St. Louis, Missouri-based Bachman Machine Company, said an industrial company had reached out to him for price quotations for metal stampings after facing difficulty in obtaining supplies from China.

While he has done work for this customer for three decades, Bachman says he cannot match the Chinese rates.

“Regardless of what they’re paying over there, we have to quote what we have to charge here,” he said.

‘THERE COULD BE SHORTAGES’

In a bid to contain the epidemic, most Chinese provinces had extended the Lunar New Year holiday and kept factories closed until Feb. 10. Many factories have reopened, but are operating at partial capacity.

Meanwhile, Chinese ports are short-staffed. A shortage of truckers is making it difficult to move products from factories to ports.

This has led to higher demand for air cargo. But the capacity is limited and costs are becoming prohibitive.

Evan Poulakidas, director for North America at CCTY Bearing, says his company is ready to fly in products “piece by piece” from its plant in China.

The bigger challenge is how to keep the facility running if the factories of sub-suppliers remain closed. CCTY has informed its customers that stocks on hand would not last beyond April.

“It is not just for our products, but also for other products, there could be shortages,” Poulakidas said.