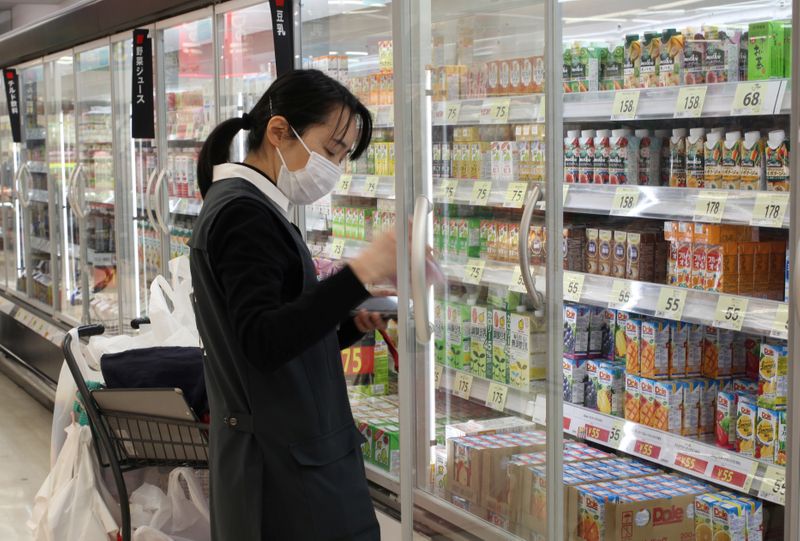 TOKYO (Reuters) – Walmart Inc (N:) might finally have found the sweet spot in Japan’s food market with a fast-growing venture ranked third in a nascent online grocery sector, as the brick-and-mortar stores it bought into two decades ago continue their search for profit.

“We’re doing even better since the start of the new year,” Takeda told Reuters. Concerns over the ongoing coronavirus epidemic may be encouraging people to try the service, she said. “People aren’t really wanting to go out.”

The change in fortune is a boost for Walmart as it steps up its rivalry with Amazon.com Inc (O:) in its home market where retailers are racing to deliver online orders faster.

It also demonstrates that greater confidence in online services and improved logistics can win over Japanese shoppers often considered too picky about freshness to buy produce through the internet, analysts said.

Helping drive overall growth, Takeda said, was demand for time-saving solutions, particularly as an increasing proportion of mothers work. Government data showed over 70% of Japanese women with children under 18 work, versus 50% just 20 years ago.

Helping the venture in particular is Seiyu’s access to Rakuten’s 99 billion members, expanding its reach beyond its 333 stores. Rakuten, in turn, has benefited from Seiyu’s ties with local suppliers, helping it fight back against Amazon.com.

Together, they are able to better ease the pressure of a shrinking labor market which has driven up delivery costs and prompted Seiyu’s rivals such as Uny, owned by Pan Pacific International Holdings Corp (T:), to abandon e-commerce.

Seiyu entered e-commerce in 2000, an early start which analysts said helped propel it to third place in the online grocery sector. It trails only bigger supermarkets Aeon Co Ltd (T:) and Seven & I Holdings Co Ltd’s (T:) Ito-Yokado, and is ahead of Amazon, showed a Statista consumer poll.

Takeda declined to disclose user numbers or sales, but also placed the venture third. The former McKinsey & Co consultant said profitability was “in sight” although the venture would prioritize growth for another two to three years.

That contrasts with Walmart’s overall story in the country.

The U.S. firm entered Japan in 2002 buying 6% of Seiyu, building up its stake before a full takeover in 2008. It slashed costs and closed unprofitable stores but has mostly recorded losses.

Many expected it to go the way of foreign peers including Britain’s Tesco PLC (L:) and France’s Carrefour SA (PA:) which bowed out of Japan. Last year, Walmart moved to end on-and-off speculation of an imminent exit, saying it hoped to eventually list Seiyu while retaining a majority stake.

Meanwhile, growth online has prompted Seiyu’s venture to plan a second logistics center for this year to bolster scale and efficiency – considered crucial to offset delivery costs. Takeda said the company was discussing setting up more.

That is in expectation of online shopping accounting for 10% of households’ 60 trillion yen ($539 billion) grocery spending from around 2.5%, she said, without giving a time frame.

“It is true that Japanese people appreciate fresh food. But people are realizing you don’t have to go to the supermarket to get fresh food,” said Roy Larke at researcher JapaneseConsuming. “Long term, we will get there.”