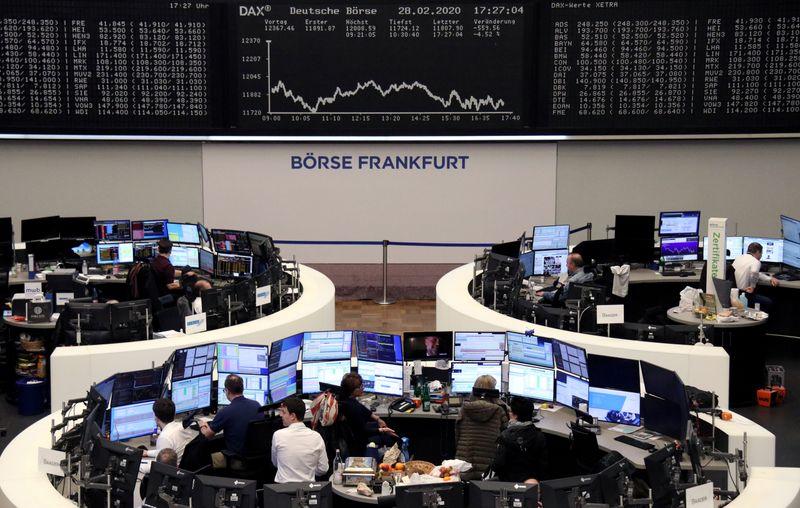 (Reuters) – European shares steadied on Monday after their worst weekly showing since the 2008 financial crisis, on rising hopes that major central banks will step in to counter the impact of the coronavirus epidemic on global growth.

Sentiment firmed as bleak factory activity data out of China fueled hopes of more stimulus, even as new infections in the country declined.

However, the virus continues to spread elsewhere. United States reported its second death, while the United Kingdom reported a total of 36 cases as of Sunday.

Italy, the worst-hit in Europe, saw death toll rise to 34, five more than a day earlier.

Investors are betting that the U.S. Federal Reserve will cut interest rates by 50 basis points as early as March, while the European Central Bank is expected to cut rates by a 10 basis point (bps) at the April meeting.

Among the top gainers were telecoms equipment maker Nokia (HE:), up 4.6% after saying long-time Chief Executive Officer Rajeev Suri will step down in September.

Final readings of manufacturing activity in Europe for February are due later in the day.