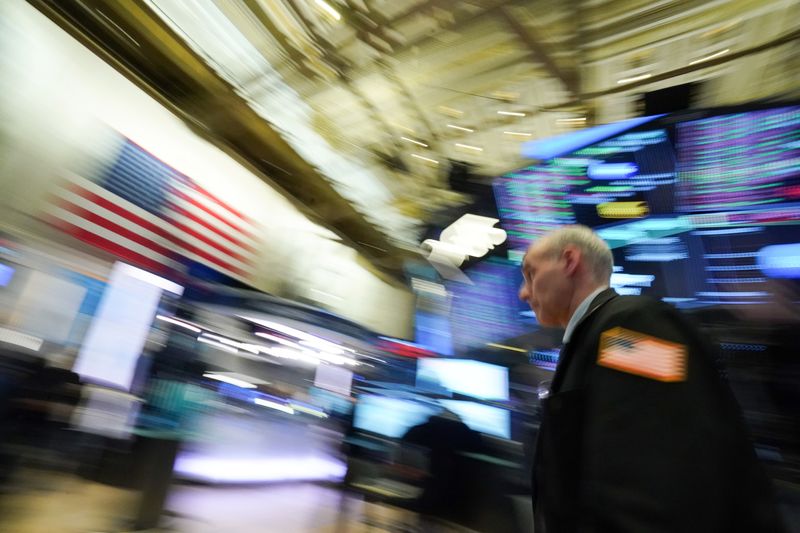 NEW YORK (Reuters) – Some investors are betting that markets will stay turbulent in the coming weeks, after an avalanche of selling in U.S. stocks sent volatility to levels not seen since the financial crisis.

The Cboe Volatility Index (), known as “Wall Street’s fear gauge,” climbed by more than 20 points above its Friday closing level to peak at 62.12, its highest level since December 2008. Its surge came as the S&P 500 notched a 7% drop on concerns over the spreading coronavirus and a 24% plunge in oil prices. The VIX ended Monday’s session at 54.46.

Despite that sell-off, the term structure for the VIX remained inverted on Monday, with shorter-dated contracts at higher levels than longer-dated ones, an indication that investors may be bracing for sustained volatility.

An inversion is sometimes read as a contrarian signal, with U.S. stocks tending to recoup their losses in the weeks after the pattern occurs.

This time around, VIX futures have continued to rise, maintaining the inverted shape of the term structure, as markets have been roiled over the past two weeks.

“To us, this indicates this is more of a systemic issue,” he said. “It’s not a flash in the pan.”

The sustained rise of the VIX has rewarded investors who had placed bets on a surge in volatility during calmer times.

One trader purchased some 300,000 March VIX calls redeemable when the index hit 24 at near 50 cents each. On Monday afternoon, March VIX calls at a strike price of 24 were trading near $21 each, which would put potential profits at $615 million.