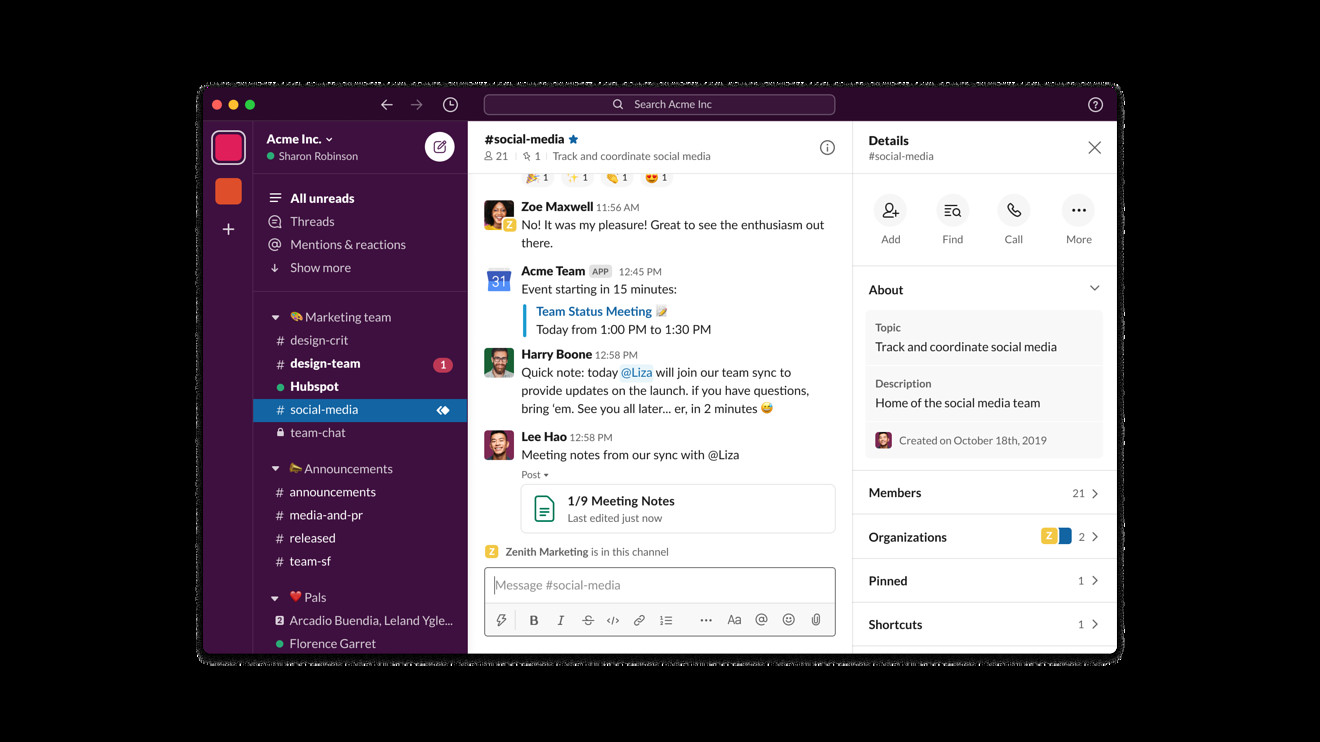 A major makeover of Microsoft Corp.’s Teams digital-collaboration tool, announced Thursday, not only underscores the huge strides it has made among enterprise businesses in three years but the latest evidence of demand for work-at-home tech solutions amid the COVID-19 pandemic.

The software giant — which unveiled a wide range of new features, ranging from real-time noise suppression that minimizes background noise to integration with RealWear head-mounted devices for hands-free communication — is the most prominent in a handful of tech companies with telecommuting tools that would seem to be well-positioned during the ongoing health crisis.

Use of Teams has flourished over the past year, reaching 32 million people on a daily basis as well as 93 of the Fortune 100. Slack, by comparison, has some 12 million daily users.

Slack unveiled what it calls its most significant redesign on Wednesday. The new-look interface, which is being rolled out, simplifies and organizes menus and settings, and adds sidebar sections to group together channels, direct messages, and apps. (Sidebar channel sections are only available via paid Slack plans.) A mobile version will be available in the next few weeks, according to Slack.

The Silicon Valley-based company remains especially popular among rank-and-file employees. And while its shares were hammered last week after it offered softer-than-expected billings guidance for fiscal 2021, MKM Partners and Monness Crespi Hardt believe it will benefit from the swelling work-from-home market. “We continue to believe the biggest culprit for the softer Billings outlook is Microsoft and its Teams initiative, competitively speaking, along with an uncertain macro environment looking ahead,” MKM said in a March 13 note.

“Slack remains one of the fastest growing companies in our coverage, with a large market opportunity and, we believe, well-positioned as a next-gen software platform that strengthens the digital transformation journey that organizations are undertaking” despite a “darkening macro backdrop,” Monness analyst Brian J. White said in a March 13 note. It did, however, shave Slack’s price target to $31 from $41.

Zoom Video, meanwhile, is likely to convert up to 20% of its users to a premium service, according to a survey conducted by AB Bernstein. Earlier this month, the company reported a 78% jump in revenue, a spike in net income and strong guidance for its current quarter.

Coronavirus will “dramatically change the landscape of workers collaborating remotely,” Zoom Chief Executive Eric Yuan said in a conference call with analysts, although he added it was too early to measure its financial impact. So far, the recent surge in Zoom use has been largely on its free app, as noted by financial analysts.

Cisco CEO Chuck Robbins told CNBC on Tuesday that use of its Webex video-calling service is at a record pace. “In the first 11 business days of March, we’ve had 5.5 billion meeting minutes,” Robbins said “Yesterday we held 3.2 million meetings globally on Webex, and that doesn’t include one-on-ones. Those are multi-individual meetings.”

“The volumes are unprecedented,” he said.

Cisco previously pointed to several upticks in video-conferencing and online-presentation demand. It said more than 30% of its top enterprise customers have asked for help in scaling up remote work via Cisco’s Webex Meetings. Time spent on video use in China, Japan, South Korea and Singapore has doubled since February. And sign-ups have skyrocketed 700% in recent weeks.

The pandemic has accelerated corporate America’s massive shift toward making working at home easier. The so-called digital transformation of hundreds of enterprise companies has been aided by cloud computing and productivity tools from Workday Inc. WDAY, -8.18%  , Salesforce.com Inc. CRM, -2.35%  , and Slack, according to James Wang, an analyst at ARK Invest, an investment manager focused on disruptive innovation with more than $11 billion in assets under management.

To underscore the new work world we live in, Slack CEO Stewart Butterfield tweeted this out last week: “Monday [March 9] was the first day of our new (temporary) existence as an all-remote company. 2,000+ people from 18 offices across 10 countries suddenly working from home.”