Home
Stocks
Key Words: Here’s what Mario Draghi says Europe must do now to prevent coronavirus recession ‘from morphing into a prolonged depression’
Prev Article Next Article
This post was originally published on this site 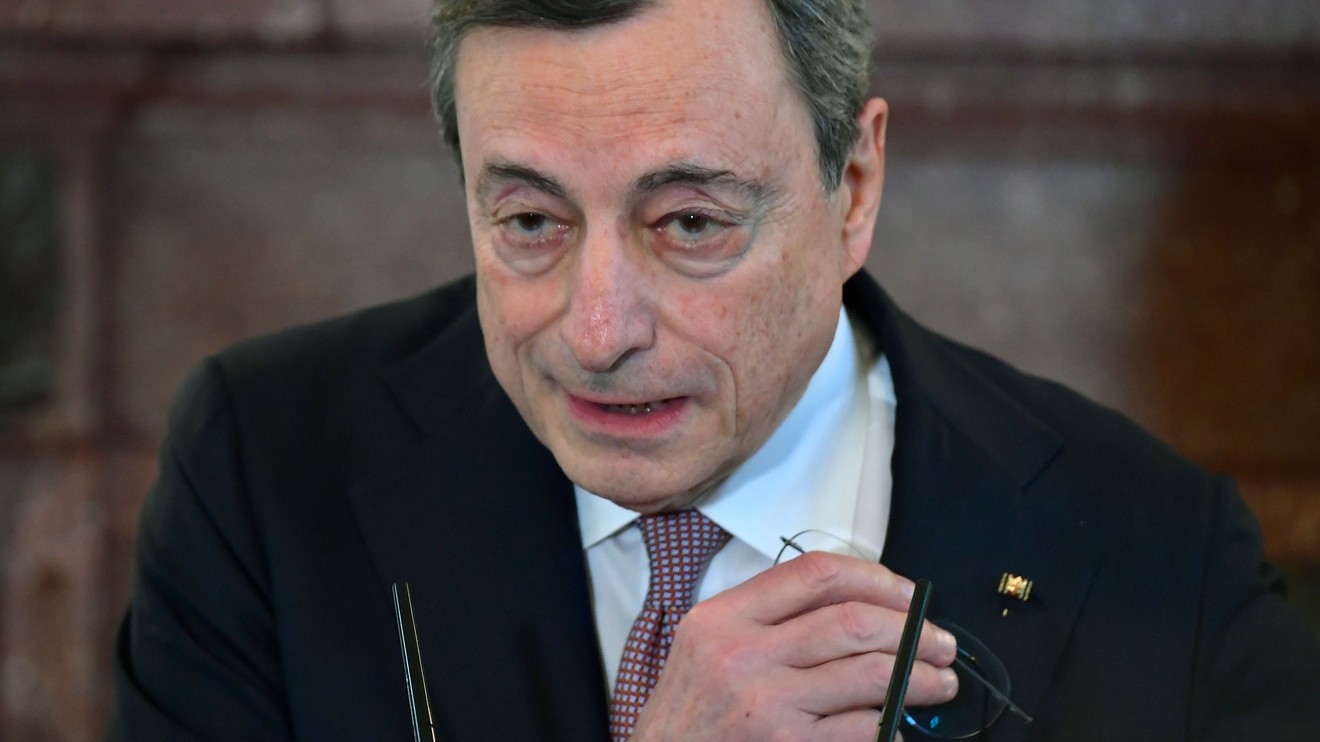 ‘The challenge we face now is how to act now with sufficient strength and speed to prevent the recession from morphing into a prolonged depression, made deeper by a plethora of defaults leaving irreversible damage.’

That is former European Central Bank President Mario Draghi in a guest column (paywall) Wednesday published by the Financial Times, warning that European governments have no time to waste and must be prepared to “fully mobilize” the financial sector to prevent job losses, save businesses and avert an economic catastrophe as a result of the global COVID-19 pandemic.

Draghi, whose nonrenewable eight-year term ended at the end of October, said the solution will inevitably require a significant rise in public debt. Meanwhile, the loss of income incurred by the private sector, including any debt raised to fill the hole, will need to be absorbed by government balance sheets.

“Much higher public debt levels will become a permanent feature of our economies and will be accompanied by private debt cancellation,” said the Italian economist whose term was defined by his 2012 “whatever it takes” pledge to preserve the euro at the height of Europe’s debt crisis.

The only effective way for European governments to “reach immediately into every crack of the economy is to fully mobilize their entire financial systems,” Draghi said, noting that banks, in particular, extend across the entire economy and “can create money instantly by allowing overdrafts or opening credit facilities.”

Since it’s crucial to prevent job losses in the first place, banks must rapidly lend funds at zero cost to companies, he said. And since they would be serving as a public-policy vehicle, the capital they need must be provided by the government in the form of state guarantees on all additional overdrafts or loans — and the cost of those guarantees shouldn’t be based on the credit risk of the company that receives them, but should be zero regardless of the cost of funding of the government that issues them, Draghi argued.

Draghi said that while public debt levels must rise, the alternative would be a “permanent destruction” of productive capacity and the fiscal base — and that would be “much more destructive to the economy and to government credit.”