Home
Stocks
Capitol Report: Pelosi says U.S. must have more voting by mail as coronavirus upends elections
Prev Article Next Article
This post was originally published on this site 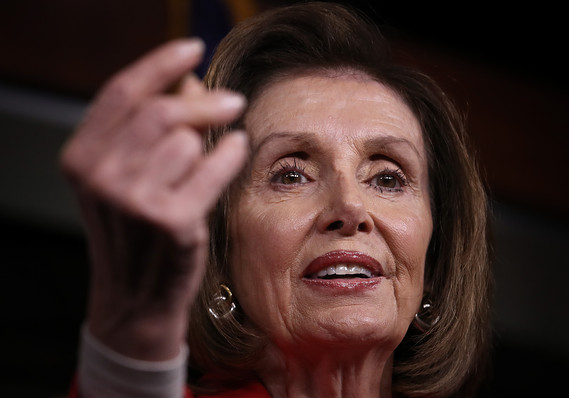 House Speaker Nancy Pelosi on Tuesday suggested she will press for more funding for voting by mail in the next stimulus package Congress works on.

House Speaker Nancy Pelosi on Tuesday said increased voting by mail would soon be a reality of life amid the coronavirus pandemic, and suggested she will press for more funding for it in the next stimulus package Congress works on.

The California Democrat, speaking on MSNBC’s “Morning Joe,” said: “In terms of the elections, I think that we’ll probably be moving to vote by mail.”

Opinion: Brace for more voting by mail because of coronavirus — and other logistical challenges facing election officials.

Democrats, Pelosi said, had sought more funding in the $2 trillion relief bill signed by President Donald Trump, “to get those resources to the states to facilitate the reality of life, that we are going to have to have more vote by mail.” She didn’t identify a new funding amount she is seeking as talks go forward on a fresh package.

The House speaker has said a “Phase 4” package could include “more direct payments” to Americans and spending on infrastructure.

Pelosi told the program she’s seeking more funding for the U.S. Postal Service, so the agency could put in place a wider-ranging vote-by-mail system and deliver equipment to those fighting the outbreak. The stimulus package Trump signed Friday allows the postal service to borrow up to $10 billion from the U.S. Treasury.

Pelosi’s doubling down on vote-by-mail provisions puts her on a collision course with Trump, who criticized the idea on Monday.

“They had things, levels of voting that if you ever agreed to, you would never have a Republican elected in this country again,” Trump told “Fox & Friends” in a telephone interview.

As of Monday, 14 states and one territory had either pushed back their presidential primaries or switched to voting by mail with extended deadlines, according to a New York Times list.