Home
Stocks
You want your stimulus check, and so do scammers — 5 red flags to watch out for
Prev Article Next Article
This post was originally published on this site 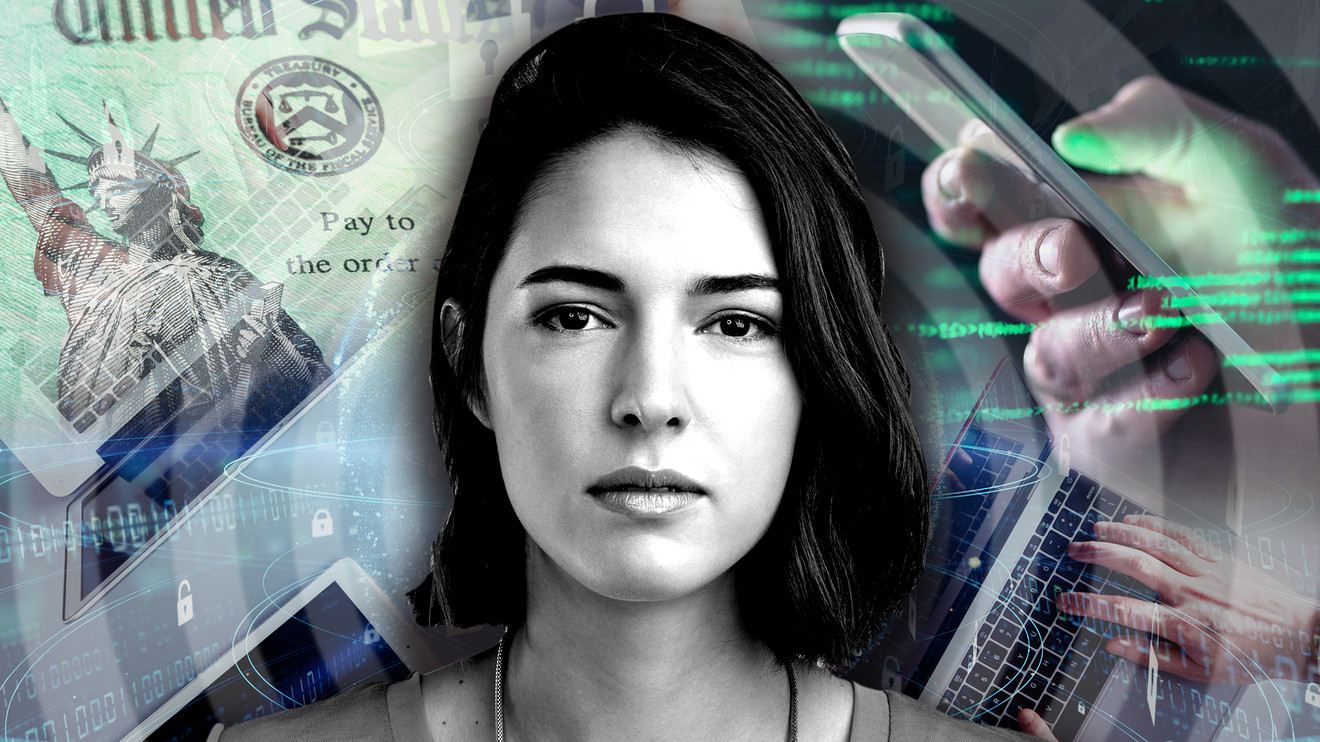 The Internal Revenue Service will soon start sending stimulus checks of up to $1,200 to individuals as part of an effort to get millions of Americans through the coronavirus outbreak — but people should be ready to outsmart con artists eyeing their money, authorities say.

Crises can bring out the best in people helping family, friends and neighbors in need. Unfortunately, trying times can also bring out the worst in an unscrupulous few who seek to take advantage of a rough situation.

But in this case, millions are suddenly jobless across the country and poised to receive checks as part of a $2 trillion stimulus bill that’s also expanding unemployment payments and extending $350 billion in potentially forgivable loans to small businesses.

“ ‘The number of folks and businesses potentially falling victim are so much larger in comparison to those regional disasters.’ ”

“This is just so holistic and it impacts everybody. The number of folks and businesses potentially falling victim are so much larger in comparison to those regional disasters,” said Edwards, who’s part of an agency that investigates financial crimes in addition to protecting the president.

He’s already seen a rise in coronavirus-related charity fraud, along with scams where sites purport to sell medical equipment like ventilators or protective wear.

The Federal Trade Commission (FTC) has received nearly 12,000 consumer complaints about alleged coronavirus-related cons and dirty dealing. Consumers say they’ve been bilked out of $8.39 million, with a median loss of $574, according to FTC data as of early April.

The most common complaint so far relates to a fraud arising out of a claimed cancellation or refund on travel plans. In almost 2,000 complaints, consumers say they’ve been defrauded out of $3.1 million.

The complaints come from all over the country, including North Carolina. The state’s Attorney General, Josh Stein, said he’s investigating various alleged scams, including one where consumers are told they’ve tested positive for COVID-19 and need to contact someone and pay them for antibiotics.

“ ‘With 100% certainty, I know when the checks get mailed, the scammers will come to try to steal your money. … People just need to be careful and skeptical.’ ”

Stein’s gearing up for what will happen when stimulus checks start to arrive. “With 100% certainty, I know when the checks get mailed, the scammers will come to try to steal your money,” he said. “People just need to be careful and skeptical.”

Here are five ways to keep your distance from con artists.

Your bank, or the IRS, will never contact you for personal information

Scammers may try to capitalize on the bits of consumer information they already have through the dark web, said Lori Hodges, vice president of North America risk at Visa V, -0.71%.

That means they could have a person’s cell phone number and information about where they bank, but they may be missing they last piece of information — like a PIN — to access money.

Through a tactic called “spoofing,” scammers could call a consumer’s smartphone and make it appear as though the call is coming from their bank, Hodges said. “From there, now the [consumer’s] guard is down,” she said.

The person on the line may say they are trying to help get the stimulus check money to the consumer quickly and ask for the consumer’s PIN, three-digit security code on the back of a credit or debit card or a one-time password that appears via text message when banks use dual-factor authentication.

“ ‘Your bank or credit union is not going to call and ask for personal pieces of information. They already have it.’ ”

“Your bank or credit union is not going to call and ask for personal pieces of information. They already have it.” It works the other way around, Hodges said. “When you call them, they authenticate you.”

The same rules apply to any purported call from the IRS. “The IRS isn’t going to call you asking to verify or provide your financial information so you can get an economic impact payment or your refund faster,” IRS Commissioner Chuck Rettig said in a statement.

By the way, the IRS added, scams might play up the phrases “stimulus check” or “stimulus payment.” The formal term for the money is “economic impact payment,” the agency noted.

Scams can come via phone calls, but they can also come through links in email or text messages, experts say.

People shouldn’t open emails that claim to be from the IRS or click on attachments and links, Rettig said. Instead they should forward any unsolicited texts, emails or social media outreach to: phishing@irs.gov.

Likewise, Edwards said people also need to be cautious about unsolicited text messages with links. In one recent case, a victim received a text saying it was a fraud alert from the person’s bank, Edwards said. The text had a link for “additional information,” but Edwards said the link redirected the user to an overseas bank trying to obtain personal information.

People should also be wary of apps that have popped up solely about the coronavirus, Edwards said. Those apps could have malware and be collecting personal information, he said.

If you don’t have direct deposit, you’ll never need someone to set up your account

The IRS will be sending most of the money to households via direct deposit, using the banking information it already has on file to transmit tax refunds.

If a taxpayer doesn’t have direct deposit information on their returns, they have two choices. They can submit their banking information to the IRS through a portal that will be up and running later this month.

If the IRS does not have direct deposit information on file, it will mail a paper check.

“ ‘Taxpayers should not provide their direct deposit or other banking information for others to input on their behalf into the secure portal.’ ”

“Taxpayers should not provide their direct deposit or other banking information for others to input on their behalf into the secure portal,” the tax collector said.

The IRS initially said Social Security recipients would need to file a tax return to get the stimulus money, but reversed itself days later.

You’ll never need to verify your check amount to anyone

The IRS is calculating the payouts based on the information it already has from 2018 or 2019 tax returns about a household’s adjusted gross income and number of children.

Individuals with adjusted gross income below $75,000 will get the full $1,200 check and married households filing jointly will get $2,400. Households under that threshold will get $500 for every qualifying child under that amount. Payouts gradually decline $5 for every $100 above the threshold.

Beware of checks showing up, potentially in an odd amount, that require taxpayers to call a number or verify information in order to cash it, the IRS said.

Any unsolicited phone call claiming to have information about stimulus payments is already fishy — but especially if they are tough-talking ones.

The Federal Communications Commission has audio samples of some of the bogus coronavirus testing robocalls that are already out there. Some have to do with test kits, student loan rules or supposedly suspended Social Security claims.

Edwards said to be on the look out for robocalls that demand overdue taxes in order to get payments or threaten to arrest and file charges if the caller doesn’t comply. “These are all very serious fear tactics,” he said.

Anyone who believes they’ve been victimized can call their bank, local authorities and/or the federal disaster fraud hotline. The hotline’s number is 866-720-5721 and its e-mail is: disaster@leo.gov.