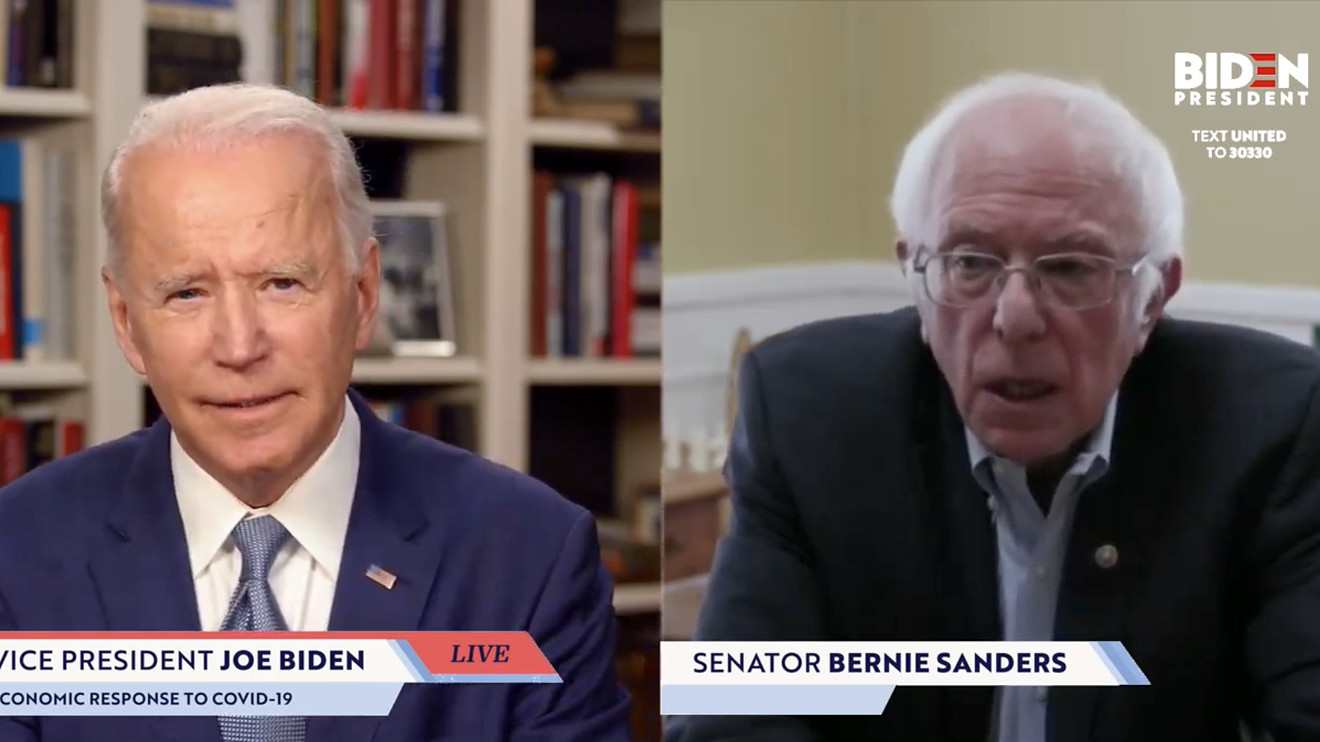 The independent senator from Vermont announced his support while appearing with Biden in a webcast:

“Today I am asking all Americans — I’m asking every Democrat, I’m asking every independent, I’m asking a lot of Republicans — to come together in this campaign to support your candidacy, which I endorse, to make certain that we defeat somebody who I believe, and I’m speaking just for myself now, is the most dangerous president in the modern history of this country,” Sanders told Biden during the webcast.

Biden said he and Sanders have agreed to establish policy working groups on topics such as the economy, education, immigration and climate change. The former vice president in the Obama administration is continuing to make a push to win over supporters of Sanders and other progressive, having announced on Thursday that he proposes to expand Medicare and forgive some student debt.

Many fans of Sanders didn’t sound convinced on Monday by his endorsement of Biden, making “Sorry Bernie” trend on Twitter. “Sorry, Bernie. Voting for Biden goes against everything we believe in,” said a tweet from a “Millennials for Bernie” account with nearly 59,000 followers.

During the webcast, Biden and Sanders blasted Trump’s handling of the coronavirus crisis.

The Republican president “tried to downplay the danger to keep the stock market SPX, -1.01% DJIA, -1.38% high. He rejected advice he was getting from his own experts to prepare for what was coming,” Biden said.

Sanders announced Wednesday that he was exiting the 2020 Democratic presidential race, leaving Biden as the last man standing in a contest that once had more than two dozen contenders. But the democratic socialist — who in the 2016 race did not endorse Democratic nominee Hillary Clinton until mid-July — said he would stay on ballots in upcoming primaries and continue to amass delegates to “exert significant influence over the party platform and other functions.”

Trump 2020 campaign manager, Brad Parscale, said that Sanders’s endorsing Biden is further proof that the senator’s issues will be on the ballot in November, even though Sanders himself won’t be.

“Biden had to adopt most of Bernie’s agenda to be successful in the Democrat primaries,” Parscale said in a statement. “One thing that is missing is enthusiasm, however, as almost no one is excited about a Biden candidacy. And while Biden is the Democrat establishment’s candidate, President Trump remains the disrupter candidate who has brought change to Washington.”