Home
Breaking News
McDonald's and its U.S. franchisees at odds over financial relief as crisis weighed
Prev Article Next Article 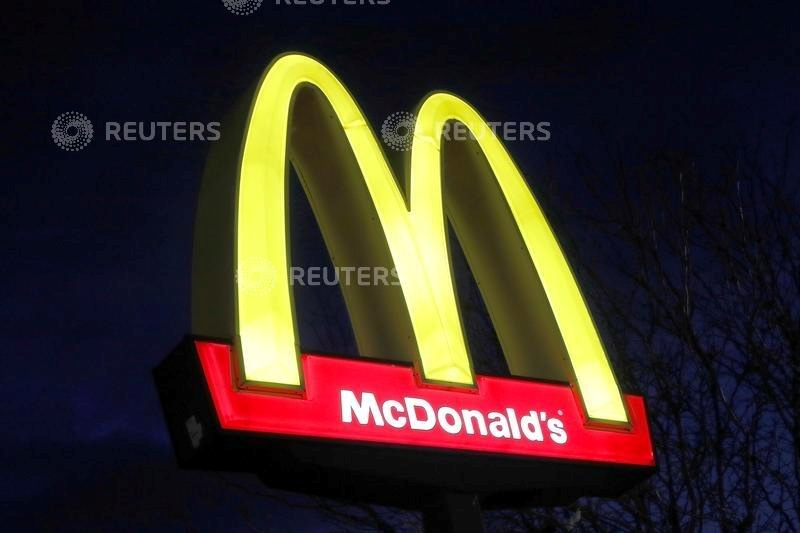 NEW YORK (Reuters) – McDonald’s Corp (N:MCD) rejected a request from its U.S. franchisees to delay collecting some March rent and royalty payments, prompting claims that the world’s largest fast-food company is not providing enough support during the coronavirus crisis, according to several letters seen by Reuters.

Franchisees that lead negotiations with the company asked McDonald’s for a 14-day reprieve in their March rent during weeks of negotiations over financial help. But on April 3, that request was denied, according to a letter from the franchisee leadership.The correspondence provides a snapshot of growing internal tensions between McDonald’s executives and franchisee organizations amid an unprecedented global health crisis.

“Because so many owners are alarmed over their financial viability and have been waiting for clarity on a positive, tangible company decision, many believe the trust in the relationship has plummeted,” the National Owners Association of franchisees wrote to McDonald’s Chief Executive Officer Chris Kempczinski and McDonald’s USA head Joe Erlinger, on April 7.

Franchisees’ faith in management “seems predicated on unlimited financial support,” Erlinger wrote back two days later. “If that’s how the NOA seeks to define its relationship with McDonald’s, then in reality, we don’t have a relationship, and I am extremely disappointed and disheartened by this.”

The National Owners Association represents at least 75% of McDonald’s more than 1,600 franchisees which own and operate 95% of the fast-food chain’s nearly 14,000 U.S. restaurants. While a few franchisees own scores of stores, many have only a few.

A separate group of franchisees works officially with the company to negotiate over these and other issues, while the NOA is an independent advocacy organization.

McDonald’s is the landlord for most of its franchisees, who pay a flat base rent on the first day of each month and another rent and service fee payment on the 10th, based on the previous month’s sales.

Franchisees are “deeply passionate about the McDonald’s brand, and this is their livelihood, and we understand that this is certainly a stressful time,” David Tovar, McDonald’s vice president of U.S. communications, told Reuters. “The company has provided unprecedented levels of financial support to U.S. operators to inject liquidity into the system during this crisis.”

Some franchisees now fear they could go out of businesses because most locations have had to switch operations to drive-through, delivery and carry-out only as most states have imposed strict measures to contain the spread of the coronavirus.

McDonald’s reported last week that its sales plunged 13.4% in the United States in March.

U.S. fast-food sales are down 30-40% in recent weeks, with sales at full-service chains dropping as much as 80%, according to Credit Suisse (SIX:CSGN) estimates on Monday.

To be sure, franchisees affiliated with big brands get more support than independent restaurants, and most franchisors have offered some relief.

Subway restaurants, which has about 19,700 U.S. locations, cut royalty payments in half, suspended advertising funds for four weeks and is canceling or reducing some rent payments.

Darden Restaurants Inc (N:DRI), which owns the Olive Garden, LongHorn Steakhouse and a half dozen other full-service restaurant brands, is among publicly traded companies hurt by the pandemic that have suspended dividends to shareholders.

While McDonald’s suspended share buybacks, it has been criticized for paying its annual dividend as it reduces employee hours during the crisis.

In mid-March, the group of franchisees who officially negotiate with the company in the United States proposed a 10-point economic relief plan, asking McDonald’s executives to cancel rent payments for April and May – not just defer them, according to a copy of their proposal seen by Reuters.

Franchisee leaders added a new, more urgent request: that McDonald’s delay its scheduled April 10 collection of rent and service fees for two weeks until federal loans might kick in.

The owners were “surprised and disheartened” to learn on April 3 that the request was shot down, one letter said.

The April 10 charges were based on each franchisee’s sales from March. Those whose sales fell less than 25% in the last two weeks of March – about a third of owners – had to pay.

The remaining 65% of franchisees lost more than 25% of sales in the last half of the month, so their April 10 payments were deferred for four months – totaling $180 million, the company said.

Tovar said in “several” cases, individual owners were on the cusp of the 25% sales loss for the end of March, but McDonald’s agreed to defer those payments anyway to help the franchisee.

March, April and May base rent payments have been deferred for four months for all operators.

The company also reduced national advertising fees by 0.5%,. It is halting store renovations and some new openings, which will save $1 billion in 2020 capital expenditures, it said in regulatory filings. The cuts will save franchisees some money.

“We reserve the right to make additional changes down the road,” Tovar said.