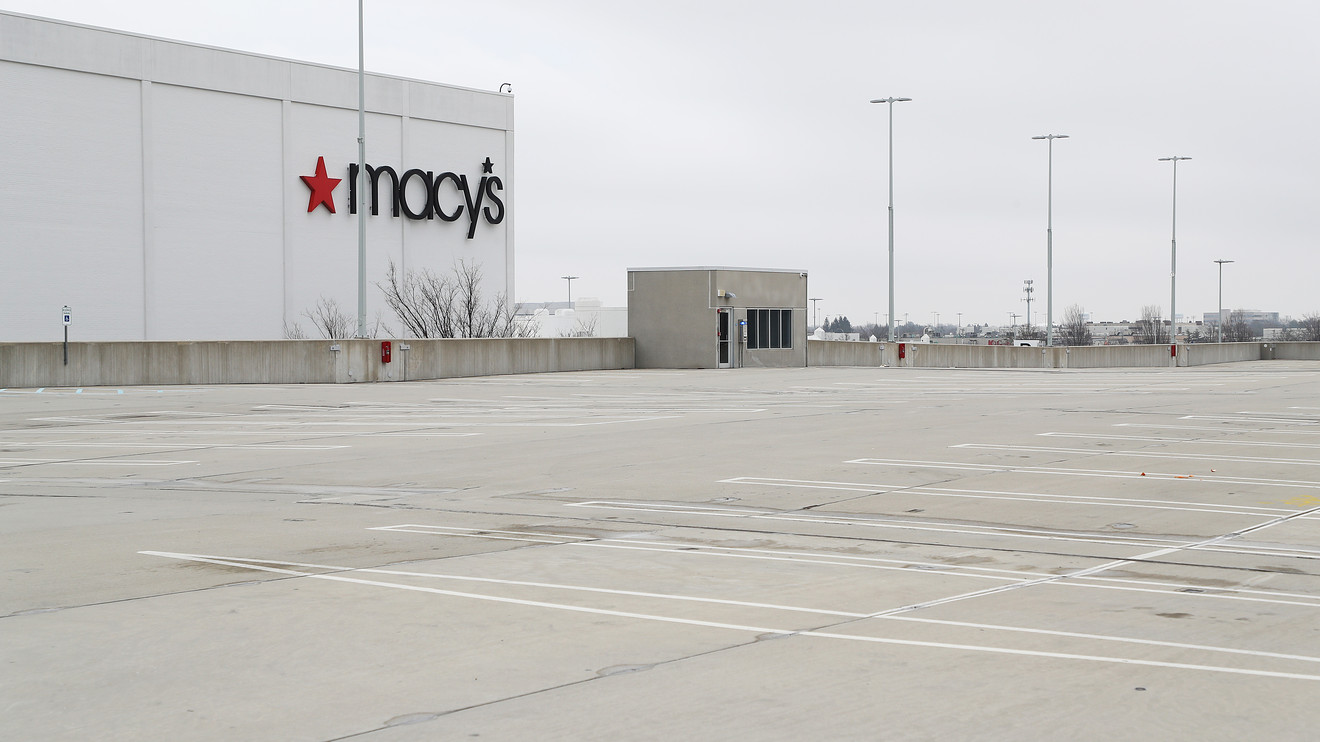 The numbers: The onset of the coronavius pandemic triggered a record 8.7% slump in sales at U.S. retailers in March — and there’s no light at the end of the tunnel.

Sales fell for the second month in a row in what’s likely to be a prolonged period of agony for an industry that still relies heavily on lots of foot traffic and customers bunched together when they shop.

Economists polled by MarketWatch had expected a 7.1% decline.

Read: When are stimulus checks being sent out? Here’s how to make sure you get yours

What happened: Sales sank 27% at auto dealers and 17% at gas stations, two of biggest segments of the retail industry.

Fewer people are buying cars with millions of Americans losing their jobs and millions more worrying about their next paycheck. Americans also drove less as an economic shutdown spread across the country, exacerbating already steep price declines caused by a global price war that has cut the cost of oil by two-thirds in just a few months.

Sales fell a smaller but still crushing 3.1% excluding those categories, but the damage was still unprecedented. Receipts plunged a staggering 50% at clothing stores, 26.5% at restaurants and 20% at department stores.

Many restaurants are trying to survive by offering drive-thru, delivery or takeout options, but that hasn’t been enough to prevent a steep dropoff in sales.

Some stores such as grocers and Internet retailers actually saw a big surge as many people rushed to stock up on essential goods or order online to avoid going out. Grocery sales leaped 27% while Internet receipts rose 3.1%.

Large sellers such as Amazon AMZN, +5.27% and Walmart WMT, +2.95% have performed strongly with the sudden shift to Internet sales. Both companies said they planned to hire tens of thousands of additional workers to handle the extra demand.

Big picture: Most retailers face a very uncertain future. It’s unclear when stores will be allowed to fully reopen, and even then, there’s no guarantee Americans will return to them in great numbers. Many customers, particularly older ones more vulnerable to the virus, are likely to continue practicing social distancing,

What’s is clear is that the long and ongoing shift to an Internet-based business model will accelerate. Traditional brick-and-mortar retailers were late to the online game and have been losing ground for years to rivals such as Amazon. Without a strong Internet presence, retailers struggling with the pandemic are unlikely to survive in the long run.