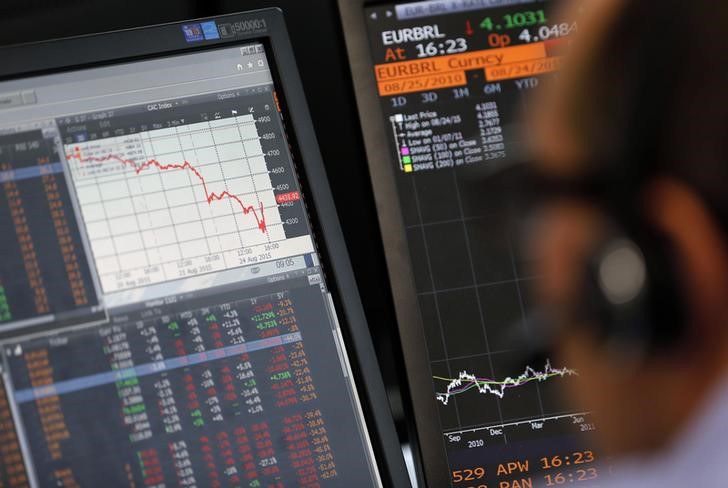 Investing.com – U.S. stocks are set to open higher Monday, with investors buoyed by news of more stimulus and state reopenings ahead of a week dominated by central bank meetings and earnings from the big tech stocks.

Wall Street is coming off its first losing week in three, and the Dow and S&P 500 cash indices are on track for the best month since October 2011, while the Nasdaq is set for its best month since April 2009.

Earlier Monday the Bank of Japan kicked off a week of central bank action by lifting the cap on its purchases of Japanese government bonds and boosting its purchases of commercial paper and bank loans.

This has raised confidence that the U.S. Federal Reserve, which finishes a two-day meeting on Wednesday, and the European Central Bank, which meets on Thursday, could offer up more stimulus to support economies hit by social distancing measures.

Elsewhere, more U.S. states are prepared to ease restrictions on commerce this week, despite worries about the extent of testing in place.

“I think as we begin to reopen the economy in May and June you’re going to really see the economy bounce back in July, August, September,” said Treasury Secretary Steven Mnuchin on Sunday. “We are putting in an unprecedented amount of fiscal relief into the economy.”

The corporate earnings season picks up pace this week, with around 30% of the S&P 500 index scheduled to report financial results in the week ahead.

While Monday is relatively quiet, tech giants Alphabet (NASDAQ:GOOGL), Facebook (NASDAQ:FB), Twitter (NYSE:TWTR), Apple (NASDAQ:AAPL), Microsoft (NASDAQ:MSFT) and Amazon (NASDAQ:AMZN) all report this week. Weak numbers in the first quarter are likely to be a small preview of what’s to come, but most investors will be looking for any guidance further ahead as dire results are already baked in.

The oil market has slumped Monday, retreating from recent gains as traders fret that production cuts may not be enough to eradicate oversupply.

Baker Hughes reported on Friday that the rig count in the U.S. fell by 60, taking the total number to just 378, and falling quickly towards the lows seen in 2016. In addition, the ongoing oil price slump has ensnared another company as Diamond Offshore Drilling (NYSE:DO) filed for bankruptcy.