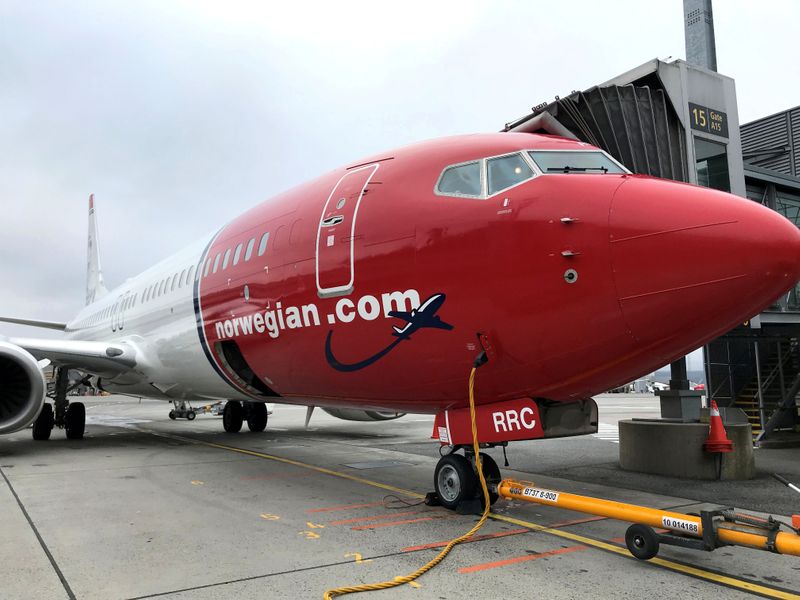 OSLO (Reuters) – Norwegian Air (OL:NWC) said on Sunday it had secured support from enough bondholders for a $1.2 billion debt-for-equity swap, a vital step in helping it survive the coronavirus crisis.

The budget airline is poised to run out of cash by mid-May without approval for its plan, which involves handing over most of the company to its lessors and bondholders.

Airlines around the world have been hit particularly hard by the impact on travel of the coronavirus pandemic, with many forced to turn to governments for state aid to avoid bankruptcy.

The next step for Norwegian Air is to secure support from its lessors for its rescue plan, ahead of an extraordinary general meeting on Monday to get approval from shareholders.

Bondholders had turned down Norwegian Air’s plan on Friday, but on Sunday the airline said it had now secured a written agreement with the largest bondholders of the NAS07, without naming them, to improve some of the terms.

Although holders of three of its four bonds had given sufficient backing on Friday, support among holders of the NAS07 bond had fallen short of the minimum requirement, with only 62% voting in favour, less than the 67% required.

“I am pleased to confirm that we have reached an agreementwith the bondholders,” CEO Jacob Shram said in a statement, which said that a vote will still need to take place on May 18 to ensure Norwegian Air secures the necessary 67% support.

The agreement will provide an improvement of terms for holders of the NAS07 — whose collateral include slots to fly in and out of London’s Gatwick airport — so that the value of their bonds after the conversion may be increased by up to 38%, against 20% earlier, based on valuations of the Gatwick slots.

The same terms would apply for holders of another bond, the NAS08, but not for those of the NAS09, Norwegian Air said.

Also on Monday, Norwegian is set to decide the timeline for the launch of a share issue, which will end on May 18. The airline has said it plans to raise 400 million crowns.

If successful, the debt-to-equity plan allows the carrier to tap government guarantees of up to 2.7 billion Norwegian crowns ($265 million), which hinge on a reduction in its debt to equity ratio, on top of 300 million crowns it has already received.

Norwegian Air is only paying invoices vital to maintaining minimum operations, such as salaries for staff still employed and critical IT infrastructure. It has put payments for ground handling, debt and leases on hold.