Home
Breaking News
Smithfield Foods to restart South Dakota pork plant from May 7
Prev Article Next Article
This post was originally published on this sitehttps://i-invdn-com.akamaized.net/trkd-images/LYNXMPEG4604E_L.jpg 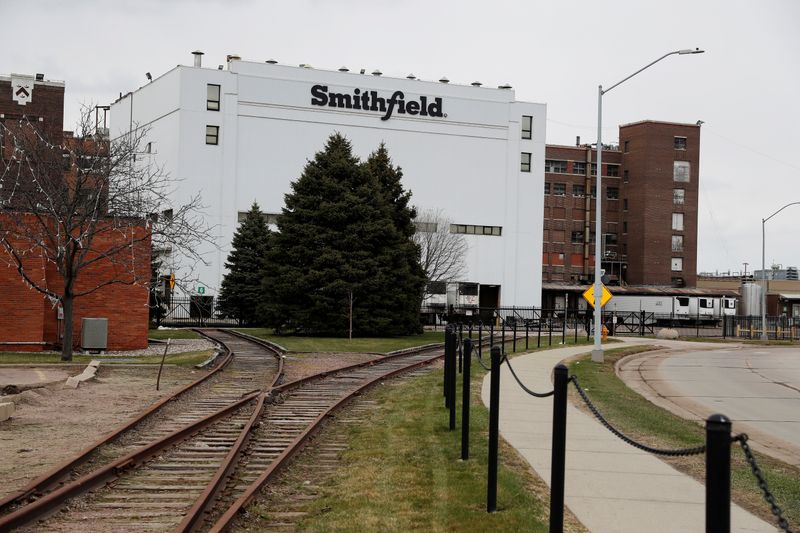 The company said it would take a phased approach to resuming its operations and that the plant was expected to be fully operational by late May.

The union representing plant employees at the South Dakota facility said earlier this week that Smithfield had resumed limited operations at the plant.

Tyson Fresh Meats, the beef and pork subsidiary of Tyson Foods (NYSE:TSN), said on Wednesday that it would resume production this week at its Iowa plant after an indefinite suspension of operations since April 22.