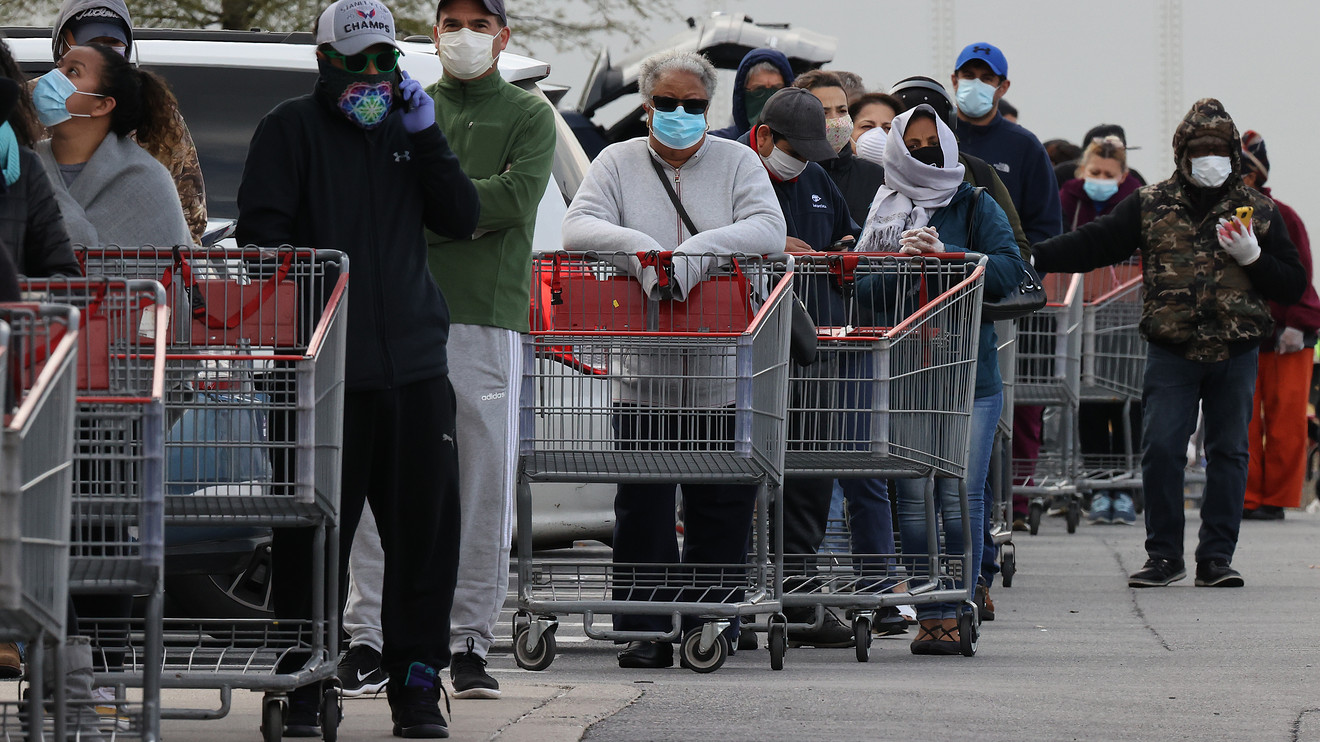 The COVID-19 pandemic demanded quick and drastic federal government intervention to save jobs and keep the economy from going into a total tailspin. But the legislative process was quick and dirty — with all the inevitable errors, omissions, and unintended consequences.

You know that’s true when the Los Angeles Lakers and the Ruth’s Chris Steak House chain qualified for potentially forgivable “emergency loans” under the Small Business Administration’s Paycheck Protection Program (PPP). The Lakers got $4.6 million for their “emergency” and Ruth’s Chris got a cool $20 million. While the Lakers and Ruth’s Chris Steak House paid back their PPP loans, it was only after attention from the media. Good grief. We can certainly do better with the next round(s) of COVID-19 relief.

“The Lakers qualified for and received a loan under the Payroll Protection Program,” the Lakers said in a statement last month. “Once we found out the funds from the program had been depleted, we repaid the loan so that financial support would be directed to those most in need. The Lakers remain completely committed to supporting both our employees and our community.”

“We intended to repay this loan in adherence with government guidelines, but as we learned more about the funding limitations of the program and the unintended impact, we have decided to accelerate that repayment,” Cheryl Henry, President and Chief Executive of Ruth’s Hospitality Group, which owns Ruth’s Chris Steak House, said in a statement.

More than 230 received over $1 billion in PPP loans, according to an analysis of public filings through April 27, The Wall Street Journal reported. At least 30 public companies with market capitalizations of between $4.5 million and $560 million have said they’d keep more than $100 million in total, the paper reported. The Treasury Department ruled that companies with access to other sources of capital are not qualified to receive PPP loans.

Since I’m just a tax guy, let’s focus on federal tax changes that would allow us to do better. Here are some suggestions.

Businesses small and large need more financial relief, including more tax relief. But let’s direct any new tax relief to where it will do the most good. For instance:

Under our current federal payroll tax regime, owners of businesses that are treated as sole proprietorships and spousal partnerships for tax purposes can hire their under-age-18 children, and the children’s wages are exempt from Social Security, Medicare and federal unemployment (FUTA) taxes. For details, see this previous Tax Guy column.

Great. Right now, hiring your kids and keeping money in the family could be a financial life preserver. The no-federal-payroll-taxes break is an added and valuable bonus. And we are looking for more ways to help family businesses. Right? So, let’s temporarily extend the no-federal-payroll taxes deal to cover under-age-25 children. That could help more family business owners and their offspring stay on their feet.

Under our current federal income tax regime, businesses that spend money on so-called qualified improvement property (QIP) can write off the entire amount in Year One. That’s because QIP expenditures are eligible for 100% first-year bonus depreciation through the end of 2022. Great. However, the Tax Code currently defines QIP as the cost of an improvement to an interior portion of a nonresidential building — excluding expenditures for the enlargement or internal structural framework of the building. That’s a very limiting definition. Many buildings will need to be re-purposed in response to COVID-19, and many things may need to be done on the outside.

• Think converting square footage formerly occupied by a large retail store into a large food court with multiple family-owned restaurants and adequate spacing to get through the COVID-19 mess and whatever comes next. You might need to enlarge the building, and you might need to make changes to the structural framework to get the project done. Let’s include those expenditures in the definition of QIP so owners and lessees of such buildings can claim 100% first-year bonus depreciation for their expenditures.

• Think converting square footage formerly occupied by a large departed business into hotel-style individual office suites and meeting rooms that can be reserved by employees who now work primarily from home. Adequate spacing would be a very good idea. You might need to enlarge the building, and you might need to make changes to the structural framework. Let’s include those expenditures in the definition of QIP so owners and lessees of such buildings can claim 100% first-year bonus depreciation for their expenditures.

Key Point: Many businesses will be lucky to break even this year. Many will lose money. Duh. For these businesses, being able to claim 100% first-year bonus depreciation for real estate QIP expenditures can potentially create or increase a net operating loss (NOL) that can then be carried back to earlier tax years. You can then claim refunds for taxes paid in those earlier years. Anything that creates or increases an NOL can be a business life-saver, because taxes paid in earlier can be recovered.

The current rules for Paycheck Protection Program (PPP) loans stipulate that they can be forgiven only if at least 75% of the loan proceeds are used to cover qualified payroll expenses. That’s misguided. Continuing to pay employees doesn’t help a business that doesn’t need workers until its business model can be recalibrated to survive COVID-19 and whatever might come next. The PPP loan scheme should be renamed and retargeted to allow eligible businesses to spend loan proceeds on whatever is needed to survive.

For instance, a family restaurant might need to reconfigure its interior space, add an outdoor bar and dining pavilion, and replace its entire food inventory. Until those things get done, you don’t need hosts, cooks, servers, and bussers.

Finally, the IRS recently opined that expenses financed by a forgiven PPP loan cannot be deducted for federal income tax purposes. Congress apparently intended the opposite, but a law change may be necessary to fix that glitch. Let’s do it.

Before the Tax Cuts and Jobs Act (TCJA), employers could give employees tax-free moving expense allowances or reimbursements (within limits). The TCJA suspended that valuable break for 2018-2025. Under the current rules, if your employer covers relocation expenses, it’s treated as additional wage income subject to federal income and payroll taxes. Ugh. We will surely see many employee relocations in response to COVID-19. Let’s once again allow employers to cover employee moving expenses with tax-free dollars.

For 2018-2025, another TCJA provision suspended federal income tax deductions for an employee’s office in the home used for company business. Even before the TCJA, employee home office expenses were subject to limitations that ensured minimal or no tax-saving benefit in most cases. In light of current realities, let’s allow employees to claim home office deductions whether they itemize or not.

The last word (for now)

These are my thoughts so far. More to come later. Meanwhile, please contribute your own by commenting on this column. There are good ideas out there that I’m not smart enough to ever figure out. Let’s hear them.