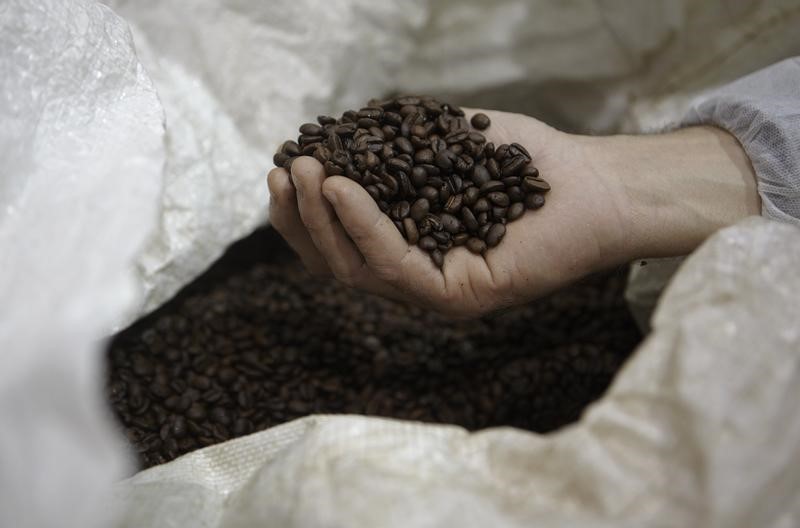 Investing.com — Seizing the day or a sign of things to come?

JDE Peet’s, the world second-largest seller of packaged coffee, has pulled off Europe’s largest initial public offering of the year to date, in record time, with substantial oversubscription and some highly reputable anchor investors.

The 2.25 billion-euro ($2.5 billion) offering was snapped up eagerly on Friday, with investors pushing the stock over 10% higher on its debut in Amsterdam, in what looked at first glance at a fairly expert exploitation of what may still prove to be a brief window of investor optimism between waves of pandemics, seasoned with a dash of trade war.

The clearest statement the deal makes is that at a time of unprecedented uncertainty, there is very strong demand for companies with simple, proven business models. Fast-moving, frequently purchased, daily essential products are a good business to be in right now, and the market is prepared to put an increasing premium on reliable cash flows.  JDE made 585 million euros on 6.9 billion in sales last year, a margin that compares very favorably with the likes of more diversified rivals such as Nestle and Unilever (NYSE:UL).

Demand gets even stronger if, as in this case, you can show that you’re strengthening your balance sheet at the same time: some 700 million euros was sold in the form of new shares, which will pay down debt. Selling shareholders JAB and Mondelez (NASDAQ:MDLZ) will pocket the rest but will keep control of the company with stakes of 62% and 23.4% respectively.

A couple of months ago, it would have been hard to sell JDE as a growth stock – except in as much as the emerging world will slowly increase its consumption – but a developed-market workforce working from home rather than from offices or their local coffee shop makes arguably changes that calculus in JDE’s favor too. Almost 80% of its sales are through supermarkets.

Just as eye-catching is the way in which the deal has been managed: BNP Paribas (OTC:BNPQY), JPMorgan (NYSE:JPM) and Goldman Sachs (NYSE:GS) managed to sell the deal through an entirely virtual marketing process, stripped of any of the expensive ballyhoo of roadshows. Other companies wanting to come to market will see an opportunity to cut the costs of doing so.

The good reception for the deal wasn’t enough, however, to keep European markets from selling off at the end of a roaringly good week.  By 5:30 AM ET (0930 GMT), the benchmark Stoxx 600 was down 1.2%, but still on course for a gain of over 3% over the last five days.