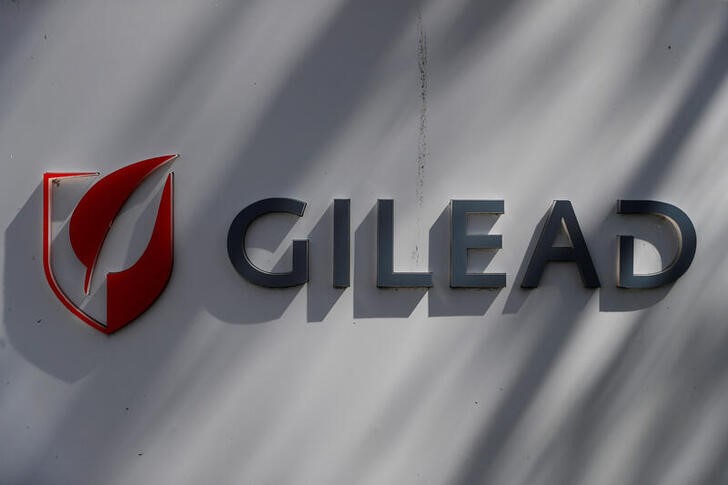 (Reuters) – Gilead Sciences Inc (O:GILD) is developing easier-to-administer versions of its antiviral treatment remdesivir for COVID-19 that could be used outside of hospitals, including ones that can be inhaled, after trials showed moderate effectiveness for the drug given by infusion.

Remdesivir is the only drug so far that has been shown to help patients with COVID-19, but Gilead and other companies are looking for ways to make it work better.

For critically ill patients, Roche (S:ROG) and Eli Lilly and Co (N:LLY) are testing drugs in combination with remdesivir.

Gilead is also seeking to treat the virus earlier. Other antivirals, like influenza pill Tamiflu, work best when given as early as possible after someone becomes infected.

Gilead in a statement on Monday said it is looking at ways to use remdesivir earlier in the course of disease, including via alternate formulations. The company confirmed in an email that it is researching an inhaled version, but declined further comment.

Company executives such as Chief Medical Officer Merdad Parsey and Chief Financial Officer Andrew Dickinson have been doing interviews with Wall Street analysts in recent weeks to discuss the plans, which are in early stages.

They have said that in the longer term, the company is exploring a subcutaneous injection formulation of remdesivir, as well as dry powder versions to be inhaled. Remdesivir cannot be given as a pill because it has a chemical makeup that would degrade in the liver, and the intravenous (IV) formulation is only used by hospitals.

In the short term, Gilead is studying how its existing IV formulation of remdesivir can be diluted for use with a nebulizer – a drug delivery device used to administer medication in the form of a mist inhaled into the lungs.

The idea is that a nebulizer would make remdesivir more directly available to upper airway and lung tissue as the coronavirus is known to attack the lungs. It would also allow for early treatment of coronavirus patients who are not hospitalized.

“People look forward to an inhaled formulation in time,” but development is in the very early stages, said Jefferies (NYSE:JEF) analyst Michael Yee, adding that demand may be limited as many people infected with the virus require minimal treatment.

He said Gilead is building up its capacity to supply remdesivir and has begun talking to governments around the world about commercial pricing.