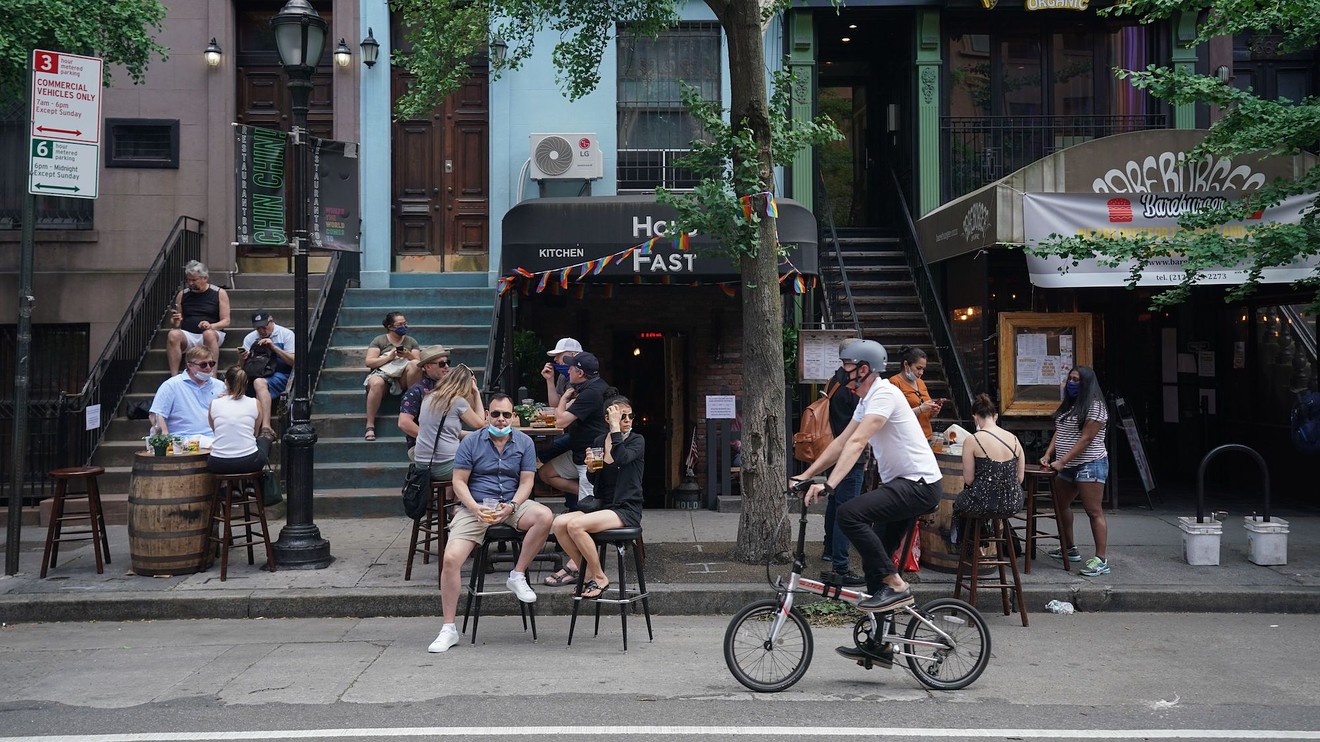 The announcement came as somewhat of a surprise, as it contradicted previous statements from Mayor Bill de Blasio, who had warned earlier in the week that Phase 2 could be pushed back until July. Even on Wednesday, the mayor stopped short of confirming Phase 2 would begin next week at his own morning briefing.

“If you’re judging by today’s numbers, we’re in great shape, and I’ve been impressed that they’ve been very steady now for many days,” de Blasio said, after announcing that only 55 patients were admitted to New York City hospitals with suspected COVID-19 infections on Monday. There were 333 COVID-19 patients still in intensive care across the city’s public hospitals, while only 2% of the tens of thousands of people tested Monday were positive for the virus.

While Phase 1 of reopening has had a limited impact on day-to-day life for most city residents, with about 300,000 to 400,000 employees returning to work, Phase 2 will mark a significant turning point. In-store retail and office workers in sectors including finance and insurance, real estate and professional services will be allowed to return under new health guidelines. Meanwhile, outdoor dining, car dealerships, barbershops and salons, and places of worship will be able to open as well, with limited capacity.

Both de Blasio and Cuomo have expressed concerns about reopening too fast, something the governor criticized other states and the federal government for rushing into. Earlier in the week, Cuomo had threatened to roll back recent re-openings in the city after footage circulated of New Yorkers crowding the sidewalks of the East Village to socialize without masks.

“When the virus goes up, financial markets go down. Consumer confidence goes down,” Cuomo said.

But he emphasized that New York City’s “numbers are good,” and that it is on track to meet the same metrics that have allowed for re-openings in other parts of the state.

Statewide, there were 1,479 hospitalizations and 17 deaths from the virus on Tuesday, the lowest numbers in each category since the crisis began. Of the 60,000 tests administered on Tuesday alone, the rate of positive results was just 0.96%, down from 57% recorded at the height of the crisis in the state on April 1.

The governor also announced an executive order recognizing Juneteenth — a holiday commemorating the emancipation of slaves in the U.S. — as a holiday for state employees, as well as plans to advance legislation to make the date an official state holiday next year.