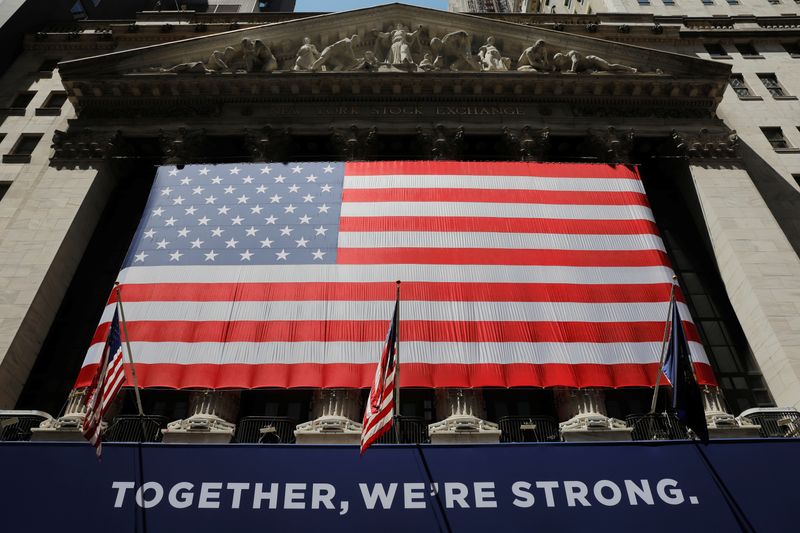 (Reuters) – Futures tracking the S&P 500 were largely flat on Friday as investors digested a surprise quarterly loss for Nike (NYSE:NKE) and the Federal Reserve’s move to limit shareholder payouts by banks amid a surge in new coronavirus cases.

Nike slipped 3.4%, the most among the 24 of 30 blue-chip Dow Jones Industrials (DJI) constituents trading before the bell, as the footwear maker posted its first loss in more than two years hurt by store closures.

The uptick in cases has also threatened to derail a strong rally for Wall Street that brought the S&P 500 within 9% of its February all-time high on the back of record government stimulus measures.

Facebook Inc (O:FB) fell 0.8% after Verizon Communications Inc (N:VZ) joined an advertising boycott that called out the social media giant for not doing enough to stop hate speech on its platforms.

The U.S. Commerce Department’s data at 8:30 a.m. ET is expected to show personal income dropped 6% in May after surging 10.5% in April.

Friday also marks the reconstitution of the FTSE Russell indexes, including large cap Russell 1000 <.RUI> and small cap Russell 2000 (RUT), that often marks one of the biggest trading volume days of the year.