Home
Stocks
Key Words: Grassley wants Trump to hear what the Wall Street Journal editorial board has to say
Prev Article Next Article

The Wall Street Journal on Friday published an editorial suggesting that President Donald Trump is now headed toward “an historic repudiation” in November and a column by Peggy Noonan, the legendary Ronald Reagan speechwriter who just three weeks earlier had all but called for Trump’s resignation (calling that a week in which, for Trump, “[s]omething broke”), observing this week that “We had wondered if Mr. Trump can lead in a crisis. He cannot.”

While the editorial asserts that Trump has squandered chance after chance to display leadership and has instead lapsed into “defensive self-congratulation” even as his receptive electorate risks shedding all but the hardest core of his base (“35% or so,” estimates the editorial board, who “will never leave”), it also suggests that there remains a path back into the race with Democrat Joe Biden, whose national polling lead is now frequently in double digits. “As of now Mr. Trump has no second-term agenda, or even a message beyond four more years of himself,” it concedes, but: “Mr. Trump’s advisers have an agenda that would speak to opportunity for Americans of all races.” 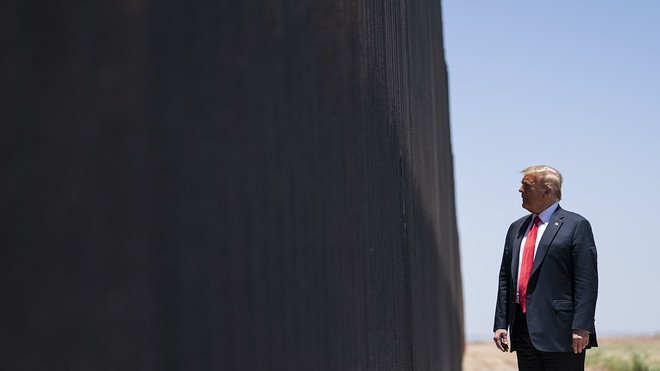 Republican Sen. Chuck Grassley of Iowa, in his inimitable syntax, wanted to make sure that — for all the attention the Journal editorial page was capturing on social media and on the morning news programs — the editorial’s message reached the highest office in the land. He suggested in a tweet that someone read it to Trump: