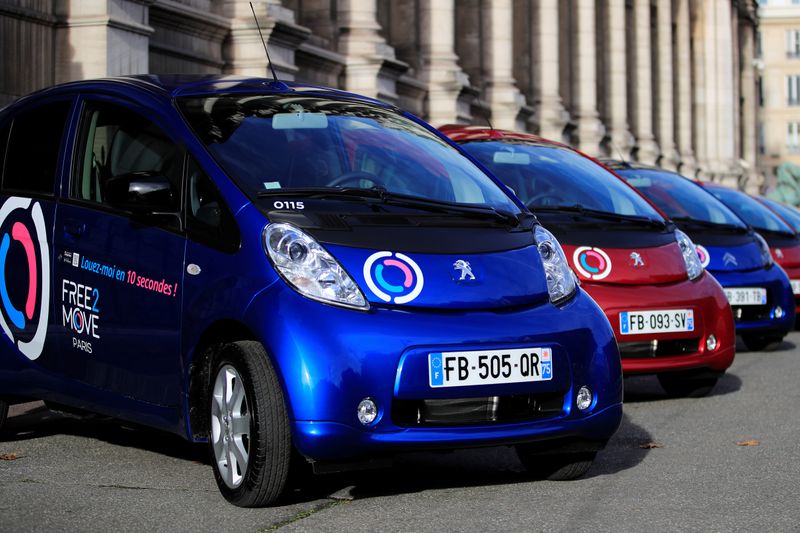 Created as a brand in 2016, the business became a fully fledged legal entity within the Peugeot (OTC:PUGOY) owning-group last week. It offers a range of so-called mobility services, which include taxi rides, as well as rentals and car-sharing.

The new status grants it greater autonomy to develop its own apps and opens the way to seek new investors.

“It remains completely open,” Courtehoux said in an interview. “It’s one of the possibilities, but we aren’t there yet.”

“We’re really in stage one (which consists in) profitable growth and pulling it all together.”

The company’s first-half revenues grew by 23%, Courtehoux said, in spite of the novel coronavirus outbreak that led to the suspension of its car-sharing service in Paris and Madrid.

The health crisis compelled it to postpone to 2021 plans to extend its car-sharing network, which also includes Washington DC and Lisbon, to a new unnamed big European city.

FCA (MI:FCHA), with which PSA hopes to merge in the first-half of 2021, has its own rental and car mobility entity, Leasys.

“We’re very complementary, we have a very common vision of what we want to do in the world of mobility,” Courtehoux said, without elaborating.