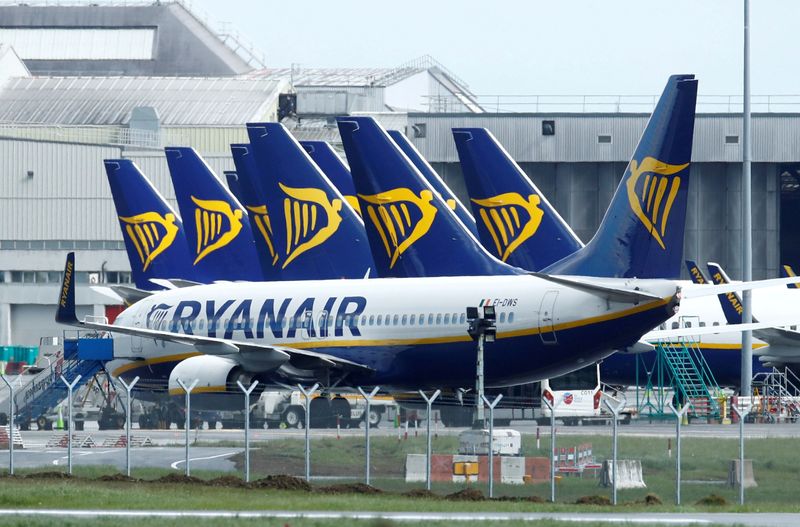 “The winter of 2020 will be a write-off,” Ryanair Group Chief Executive Michael O’Leary predicted in an interview. Europe’s biggest low-cost carrier is preparing to close some bases and shrink others, he told Reuters.

Airlines have blamed an uneven patchwork of travel restrictions and quarantine rules across Europe for a stop-go recovery that has proven tougher than many expected.

And Wizz Air (L:WIZZ), which had touted an aggressive push for market share and even a new London Gatwick base, last week scaled down operations for the current quarter to 60% of capacity from the previously expected 80%.

Overall, September short-haul schedules have been cut to 43% of European capacity from 47.6% in August, Barclays (LON:BARC) analyst Rishika Savjani said – and that only tells part of the story.

“We think demand is tracking below these levels, and therefore we’d expect weaker load factors and weaker pricing for the quarter,” Savjani said in a Tuesday note, referring to a key metric for the proportion of aircraft seats filled.

“Pricing is going to be aggressively down” in coming months, the Ryanair boss said. O’Leary was among the first CEOs to warn of a virus-induced price war in comments since borne out by a recovering Chinese market, where some carriers now offer all-you-can-fly deals.

Ryanair now expects to fly 50 million passengers in the fiscal year to March, one-third of the previous year’s number. The goal was previously cut to 60 million in July from 80 million in May and could go lower still, O’Leary cautioned.

Fourteen-day Western European infection rates that have risen to 64.9 per 100,000 from 19.4 in late July are “not reflected in share prices”, with airline stocks up 14% over the period, Goodbody analyst Mark Simpson warned.

Further setbacks may leave legacy carriers like Air France-KLM (PA:AIR) and Lufthansa (DE:LHAG) in need of yet more funding on top of their multibillion-euro state-backed bailouts, other analysts warn. Air France needs a strong recovery to avoid the looming prospect of nationalisation.

“Our rivals have withdrawn huge amounts of capacity,” he said. “The competitive landscape if anything is getting easier.”