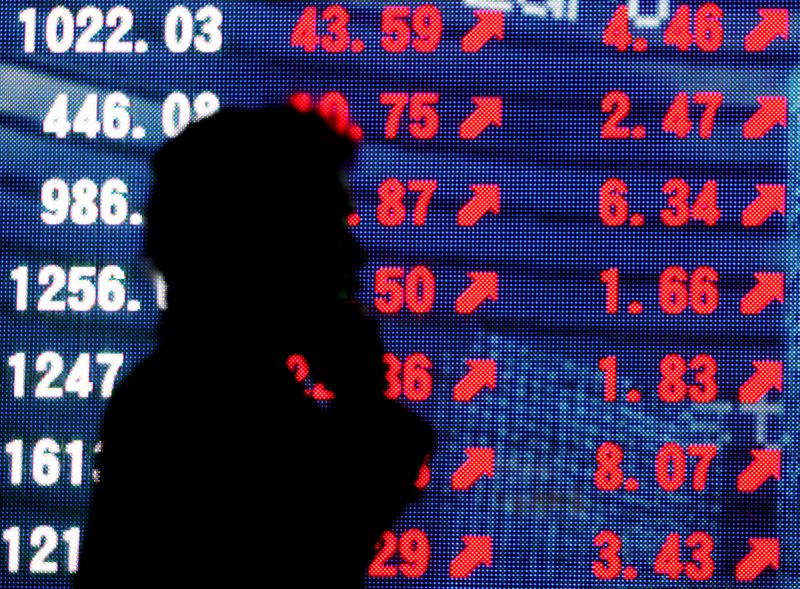 MSCI’s broadest index of Asia-Pacific shares outside Japan was up 0.5%, poised for its second straight session of gains.

Friday marked six months since the World Health Organization (WHO) declared the coronavirus a pandemic on March 11.

Since then, major global economies have slipped into recession and millions have lost their jobs, prompting central banks around the world to launch unprecedented stimulus.

The policy bazooka has buoyed financial markets, with the S&P500 (SPX) up 22%, 10-year Treasury yields diving 20.4 basis points and the greenback (=USD) sliding 3.3%. The best performing major currency has by far been the Australian dollar , up 11.9%, thanks to sound risk appetite.

“A wild ride indeed and one that is likely to continue as phase 3 vaccine results starts to roll through over the coming weeks,” NAB analyst Tapas Strickland said in a note on Monday.

AstraZeneca (L:AZN) said on the weekend it has resumed British clinical trials of its COVID-19 vaccine, one of the most advanced in development, after getting the green light from safety watchdogs.

The late-stage trials of the experimental vaccine, developed with researchers from the University of Oxford, were suspended last week after an illness in a study subject in Britain, casting doubts on an early rollout.

A vaccine has long been awaited to help pull the world out of a coronavirus-induced lockdown.

“The reopening of the global economy is enticing us to recommend a trade going long a basket of 14 laggard ‘back to work’ stocks versus a basket of 14 high-flying ‘COVID-19 winners’,” BCA Research wrote in a note.

“While we maintain a cyclical and secular bullish outlook on the broad market, a short-term correction due to technical and (geo) political reasons is likely on the cards,” it said

“A playable short-term pullback is in order.”

Later this week, the U.S. Federal Reserve will hold its two-day policy meeting where it is expected to hold rates while elaborating on the already-announced shift to inflation targeting.

Also, “the Fed is set to be less pre-emptive in tightening policy than in the past,” NAB’s Strickland noted.

The Bank of Japan and the Bank of England will announce their respective policy decisions on Thursday.

Asia’s focus will be on the election of Japan’s new Prime Minister with a party room vote expected to begin at 0500 GMT.

In currencies, the dollar was mostly steady against the yen at 106.11 , a long distance from its low this year of 101.2.