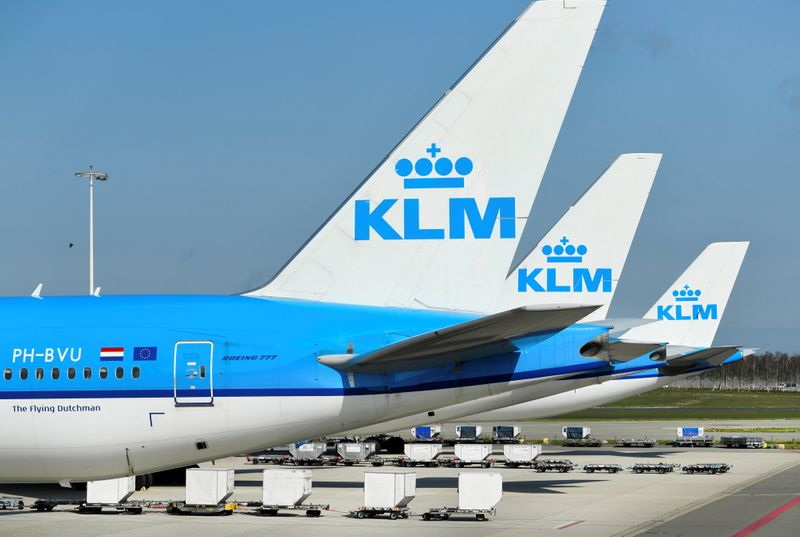 In a letter to Finance Minister Wopke Hoekstra, Greenpeace set out its grievances and said it would press the case if the government does not respond with changes by Oct. 1.

Hoekstra’s office could not be reached for immediate comment. After months of negotiations, the Dutch government on June 26 agreed to offer KLM NV an aid package to keep it afloat through the coronavirus crisis.

The bailout terms include new environmental and noise pollution targets for KLM which were insisted upon by the Dutch parliament, as well as cost cuts.

However, Greenpeace said the environmental conditions do not go far enough.

” (KLM) only wants to cut its carbon dioxide footprint by 15% by 2030, while almost all other Dutch sectors must bring their emissions down by 49%,” Greenpeace said.

“The number of flights must be reduced, starting with scrapping unnecessary short-distance flights to Brussels or Paris,” the group said. It also demanded a plan for annual emission cuts until the company reaches zero net emissions.

Dutch environmental groups have successfully challenged the government’s failure to act on climate goals in the past, notably the “Urgenda” lawsuit which forced the government to follow through on promises to cut greenhouse emissions by 25% this year from 1990 levels.

KLM is losing around 10 million euros per day and is deadlocked with labour unions over jobs cuts and pay freezes mandated by the bailout, prompting Hoekstra to warn on Sunday that the company will need further support and could still go bankrupt.

A spokesman for KLM could not be reached on Monday for immediate comment.