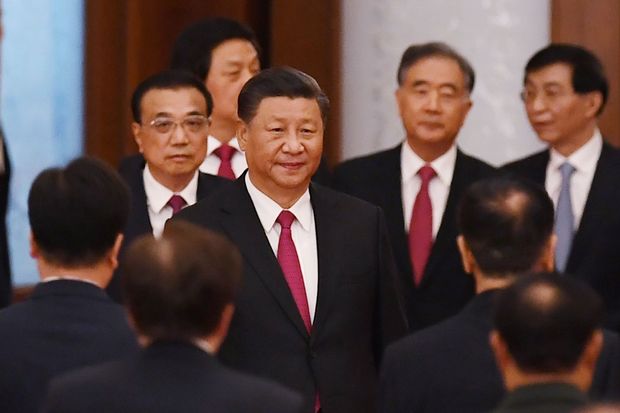 Chinese President Xi Jinping arrives for a reception in Beijing on Sept. 30.

Xi spoke Wednesday in Shenzhen, where he “reiterated China’s plan to open the economy to focus on both capital market reform and technology,” Stephen Innes, chief global markets strategist at Axi, wrote in a note. “He noted that through the [Chinese Communist Party] leadership, technology had taken Shenzhen to a higher level. This is the frontrunner to the Party Plenary, where market reforms will be laid out thick and heavy. And should be very positive for risk, so much so a grandeur CCP display could steal a bit of the U.S. election thunder, that’s if the current election polls prove reliable.”

Elsewhere, the Bank of Korea left interest rates unchanged at 0.5%, as expected, and Singapore reported its economy shrank at a slower pace in the third quarter, down 7% compared to a 13.3% contraction in the second quarter due to coronavirus-related shutdowns.

The IMF said Tuesday it expects the global economy to shrink 4.4% in 2020. That would be the worst annual plunge since the Great Depression of the 1930s. The world economy contracted by a far smaller 0.1% after the devastating 2008 financial crisis.

The Associated Press contributed to this report.