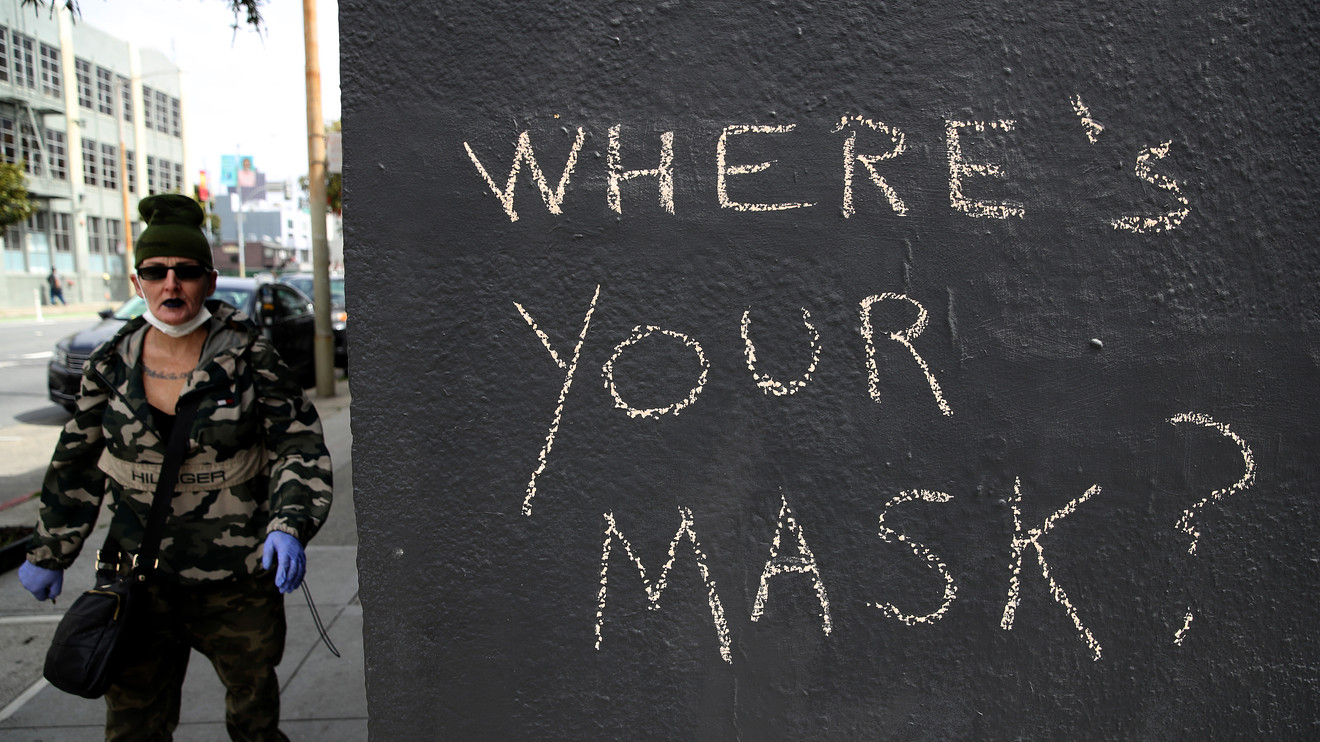 An overwhelming majority of respondents in a new survey believe that face masks should be worn in public spaces during the coronavirus pandemic, with Democrats, Republicans and Independents all in favor of the safety measure that experts say is key to containing the spread.

The survey, conducted by Signs.com, a visual branding company, has a relatively small sample size of more than 1,000 individuals, and found 83.1% believe masks should always be worn in pubic places, while just 14.8% said they should only be worn in certain situations. Just 2% of those polled said they do not think masks should ever be worn in public places.

“Our findings indicate that the vast majority of Americans recognize the value of masks in public spaces, whatever their political allegiances,” the authors wrote.

Most of those polled believed that specific kinds of masks should be worn and not just any face covering, in line with medical evidence that masks, such as N-95 masks that can block tiny particles of matter, are more effective in blocking transmission of the virus.

“Additionally, 15% of respondents said they would support exemption to mask requirements for those with qualifying medical conditions,” the authors wrote. “While physicians say masks rarely exacerbate medical problems, they may be challenging for individuals with developmental or psychiatric disorders.”

Read also:As COVID-19 cases climb again, here’s what states have learned about the best ways to control the spread

The survey also found that most Americans believe the federal government should make decisions on mask use, the president should be the ultimate authority in making them mandatory, and law enforcement should be responsible for enforcement.

See: As Trump tweets false flu claims, here are the facts about the ‘twindemic’ that could be coming

A full 78% of Democrats and 69% of Republicans said the face mask decisions should be made by the federal government.

“This view stands in contrast to the Trump administration’s approach, which has deferred to states and localities on the matter of mask requirements,” the survey found. “Independents, however, were less enthusiastic about national mask regulations and the most likely to prefer state governments decide on mask use.”

In contrast, 59.4% of those polled said right now business owners are enforcing mask use in their area, and 9.9% said it’s not being enforced.

The survey also found that most people — 83% of respondents — believe there should be a penalty for failing to wear a face mask. In fact, 15% of those surveyed said it should be deemed a crime.

Respondents also agreed the penalty should be a fine, averaging out at $225 per person. Some municipalities, including towns and cities in California, have already issued fines in that range or larger.

‘Our findings should empower individuals and business owners in their own efforts to encourage the use of masks,” the authors wrote.“ While asking others to wear masks may not feel entirely comfortable, our results suggest that the vast majority of Americans will support an individual’s decision to do so.”