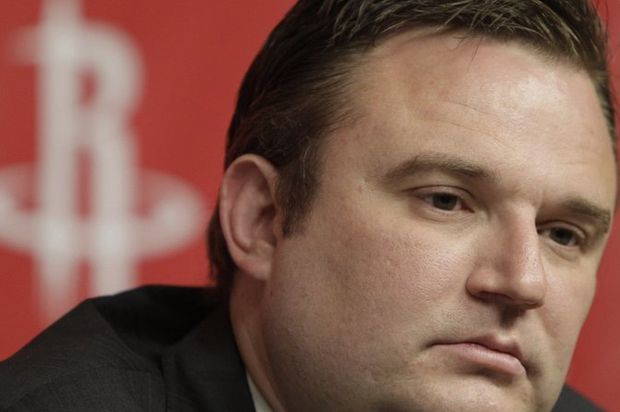 HOUSTON (AP) — Houston Rockets general manager Daryl Morey is stepping down on his own accord. The move was first reported by ESPN.

The Rockets have made the playoffs 10 times since Morey was hired in 2007, including the last eight seasons.

Morey was responsible for the blockbuster trade that brought James Harden to Houston from Oklahoma City. The Rockets reached the Western Conference finals twice under Morey but were unable to win their first championship since the team captured consecutive titles in 1994-95.

The move comes after coach Mike D’Antoni told the team he would not return after the Rockets lost to the Lakers in the conference semifinals.

Morey caused an international uproar last year when he tweeted support for anti-government protesters in Hong Kong. Morey tweeted an image that said: “Fight For Freedom. Stand With Hong Kong.” His tweet was in reference to pro-democracy demonstrations in the semiautonomous Chinese territory that had been mired in escalating violence between protesters and law enforcement.

See also: ‘You are so full of sh–’: Billionaire Mark Cuban spars with Ted Cruz over NBA ratings

The tweet caused businesses in China to cut ties with the Rockets and broadcasters there refused to air the team’s games this season.

NBA telecasts in China, however, resumed during the recent NBA Finals.

“I think that the magnitude of the loss will be in the hundreds of millions of dollars. Certainly, probably less than $400 million,” Silver said earlier this year. “It’s substantial. I don’t want to run from that.”