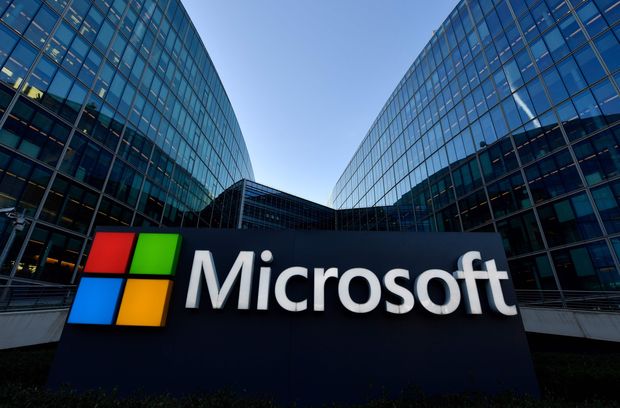 Microsoft Corp. easily topped earnings and sales expectations with a Tuesday report, as all three of its core segments grew strongly amid demand for cloud services and videogames during the COVID-19 pandemic.

Microsoft stock rose slightly in after-hours trading immediately following the release of the results, after closing with a 1.5% gain at $213.25. Shares have gained 35.3% so far this year, as the Dow Jones Industrial Average DJIA, -0.80%, which counts Microsoft as a component, has declined 1.2%.

Read: The best day of the year for the stock market is almost here

Much of the excitement about Microsoft has focused on its cloud ambitions and gains in recent years, as its Azure cloud-computing offering has grown into a legitimate challenger to Amazon.com Inc.’s AMZN, +2.47% Amazon Web Services. Microsoft reported first-quarter revenue in its “Intelligent Cloud” segment — which includes Azure as well as server sales and other business — of $12.99 billion, up from $10.85 billion a year ago and topping the average analyst estimate of $12.73 billion.

Microsoft said that Azure revenue increased 48%, the only breakout information the company provides on that key product even though main competitors Amazon and Alphabet Inc.’s Google GOOGL, +0.92% GOOG, +0.86% report their cloud-computing revenue totals. Wedbush analyst Dan Ives said ahead of the report he expected Azure to post gains “in the 50% range,” and predicted a “beat and raise” quarter for Microsoft.

“In many cases we are seeing enterprises accelerate their digital transformation and cloud strategy with Microsoft by 6 to 12 months as the prospects of a heavy remote workforce for the foreseeable future now looks in the cards with this COVID-19 backdrop,” Ives wrote last week. “While we have seen the momentum of this backdrop in the last few quarters, we believe deal flow looks strong heading into FY21 as we estimate that Microsoft is only ~35% through penetrating its unparalleled installed base on the cloud transition.”

While investors have focused on cloud and other enterprise products for Microsoft, consumers are coming back into view with this report. The COVID-19 pandemic spurred a surge in personal-computer sales in recent months, and Microsoft will launch the newest Xbox videogame console next month.

Microsoft reported sales of $11.85 billion in the “More Personal Computing” segment, which includes PC and Xbox revenue. That is up from $11.13 billion in the same period a year ago, and ahead of the average analyst estimate of $11.18 billion.

The company said that revenue from Xbox content and services jumped 30% from last year during the quarter, after sales were flat a year ago by the same measure. Videogames have been growing strongly during the pandemic, with Microsoft reporting a 65% increase in Xbox-related revenue last quarter, and the release of the new Xbox is expected to juice that growth even more.

See also: Videogames are about to get more expensive for the first time in 15 years

Expectations for holiday sales of the new Xbox Series X and Series S consoles will be baked into Microsoft’s guidance for the current quarter. The company typically shares its forecast on its quarterly conference call, which is scheduled for 5:30 p.m. Eastern time Wednesday.

Microsoft’s other segment — “Productivity and Business Processes,” which comprises cloud-software offerings such as its Office suite and LinkedIn — reported revenue of $12.32 billion. That is up from $11.08 billion a year ago and beats the average analyst estimate of $11.79 billion, according to FactSet.