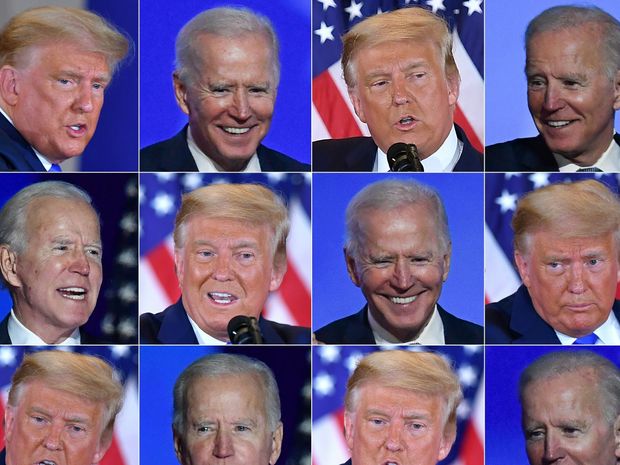 A winner hasn’t yet been declared between Donald Trump and Joe Biden.

It has taken days, even weeks—and in one infamous instance right up until Inauguration Eve—for presidential elections to be settled. The Trump-Biden showdown will be resolved faster than that (I think), and as the counting continues, Americans should be calm, patient and respectfully let the process play out.

Meantime, let the finger pointing begin, starting with the Democrats. Donald Trump did a good job of painting them as far-left radicals, but frankly, many Democrats made it easy for him with their over-the-top emphasis on identity politics and cultural rage.

Who, for example, thought it was a good idea to pull down statues of Theodore Roosevelt and Abraham Lincoln, as leftist protesters did in Portland, Oregon, during what they called an “Indigenous Peoples Day of Rage,” a.k.a Columbus Day? For all the talk from Democrats about how Trump is a divisive figure—and he is—Democrats did themselves no favors with out-of-the mainstream stunts like this as well as calls to “defund” the police.

To his credit, Biden emphatically denounced such violence. But powerful television images tend to carry more psychological weight than words do.

He also said he opposed the “defund” movement, saying he instead favored spending some $300 million on better policing in urban areas.

True, Trump did himself no favors with his over-the-top behavior, his never-ending misogyny and attacks on science, medicine, the free press and more. Just as most Americans are offended at the yanking down of Lincoln and TR statues, most are also offended at a president who often doesn’t act like one.

Yet were it not for that very behavior, he wouldn’t have been elected president in the first place. Trump remains the ultimate anti-politician politician, the first genuine outsider to invade Washington since his hero Andrew Jackson, whose portrait hangs to the left of the Resolute desk in the Oval Office.

Were strategic mistakes made? If Biden comes up short in Michigan, Wisconsin and Pennsylvania, critics might ask why he made last-minute plays for Texas and Georgia.

And while Biden will win the Black and Hispanic votes by large margins, they weren’t quite large enough in Florida or Texas. One reason for this could be that during the pandemic, his campaign curtailed door-by-door canvassing by staffers to talk with voters. The Trump campaign, in a reflection of the president’s admitted downplaying of the virus, had no such reservations.

Meantime, if Trump comes up short, critics may say he hurt himself by fighting the last war. He still seems obsessed with Hillary Clinton. He’s still talking about her emails, and he’s mad that Attorney General William Barr hasn’t tossed her and other rivals in jail.

But the broader criticism of Trump concerns a real war, the current one against the pandemic. I mentioned last week that seniors—who backed Trump by seven points in 2016—have turned on him in a major way. AARP surveys of voters aged 65 and older show him down—get this—18-points in Michigan, 17 in Wisconsin and 9 in Pennsylvania—the three states that may decide the election.

There are a few other observations. I’ll list three.

The election was a reminder that midterm elections often aren’t predictive. A blue wave in the 2018 midterm put Democrats in charge of the House and never-Trumpers hoped that 2020 would produce a similar wave. But midterms often don’t predict anything. Just ask Ronald Reagan, Bill Clinton and Barack Obama, all of whom rode to easy re-elections after their party was trounced in the 1982, 1994 and 2010 midterms, respectively.

The general election is a reminder that spending the most money often means nothing. Hillary Clinton spent twice as much as Trump four years ago. So what? This time around was similar. Biden raised gobs of cash: nearly three-quarters of a billion dollars in August and September combined, for example, and it hasn’t been enough—yet—to get him to 270 electoral votes.

The Trump campaign, meantime, burned through much of its cash early and by October was said to be struggling financially. Yet he’s still in the hunt.

And look at South Carolina’s Senate race. Democratic challenger Jaime Harrison raised more than $100 million, an unbelievable sum for a relatively small state. What did that get him? About 42% of the vote. Lindsey Graham, recently seen begging for cash on Fox, had the last laugh—literally—last night.

Read: Lindsey Graham taunts coastal liberals over ‘the worst return on investment in the history of American politics’

It’s a reminder that the black vote and Hispanic vote isn’t monolithic and isn’t automatically pro-Democratic. There had been alarm bells in Florida for weeks about how Biden looked weaker than expected in Miami-Dade, the Sunshine State’s biggest county.

I mentioned the pandemic, but Trump also seems to have done a good job of slicing and dicing among Cuban-Americans, Puerto Rican-Americans and other Hispanics, who often have different concerns. Cubans, for example, like Trump’s emphasis on freedom and opportunity, and some Hispanics actually support his crackdown on undocumented (or in the president’s parlance “illegal”) immigrants.

Now read: Here’s what we know about the eight states whose Electoral College votes haven’t been called