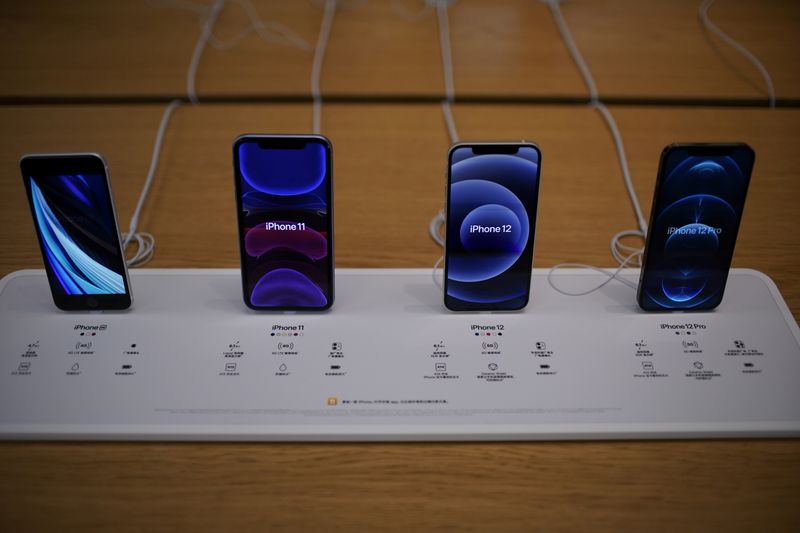 Citing unnamed sources, Nikkei said the company had asked suppliers to produce around 95 million to 96 million iPhones. That target would include the latest iPhone 12 as well as older iPhone 11 and SE models, but could be undermined by an industry shortage of key components, it said.

Apple, which stopped disclosing iPhone unit sales data two years ago, did not respond to a Reuters request for comment, but the report comes at a time when analysts are debating the likely extent of a boost from its launch of 5G handsets.

The company, which in October recorded the steepest decline in handset sales in at least three years, has said it expected iPhone revenue growth to be in single digits in the current quarter, the first of its 2021 fiscal year.

Nikkei also said Apple plans to build up to 230 million iPhones in total next year, a 20% rise from 2019, though the target will be regularly reviewed and revised in response to consumer demand.

Apple shares (NASDAQ:AAPL) have soared in the past two years as it successfully diversified its revenue streams toward accessories, services and a broader range of hardware, lessening its dependence on the iPhone.

The phones, however, which have powered a new era of success for the company since their launch by former Chief Executive Officer Steve Jobs in 2007, make up just over 40% of revenue.

The company is currently working on a new Apple TV model and preparing an aggressive 2021 production schedule for its MacBook Pro and iMac Pro, Nikkei added.