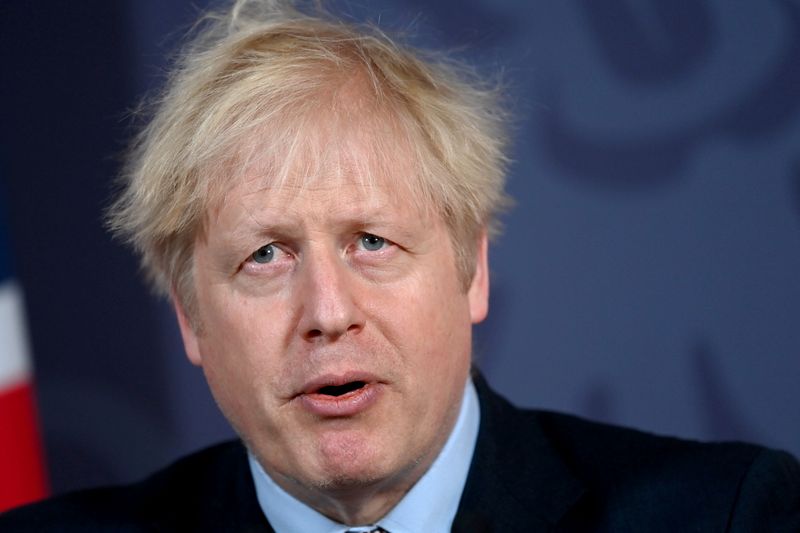 BRUSSELS/LONDON (Reuters) – As trade talks with the United Kingdom ground to deadlock on Dec. 9, one European Union official summed up the mood in Brussels, writing in a memo: “The Brits … are taking us for a ride, we must remain firm.”

British Prime Minister Boris Johnson and European Commission President Ursula von der Leyen had just met for dinner in the Berlaymont building, the headquarters of the 27-nation EU’s executive in Brussels, and failed to resolve blockages on fisheries and competition policy.

Even though those differences and many others were resolved on Thursday with a deal to avert a ‘cliff-edge’ rupture to a $900 billion trade relationship, the pattern of mutual mistrust highlighted by the memo, seen by Reuters, remains.

That mistrust is likely to bedevil future relations as the UK and the EU address a huge slate of unfinished business ranging from trade in services to cooperation on criminal matters and security.

“Unfortunately, trust is not something that will come overnight,” said a senior EU diplomat based in Brussels.

The economic consequences of Britain’s acrimonious break from its historic European allies will be painfully evident – but the geostrategic implications will arguably be even greater.

For one of Europe’s main military and economic powers to shun the EU as the bloc tries to become a coherent counterweight to Russian and Chinese assertiveness will diminish Europe’s transatlantic community with the United States and Canada.

Britain formally left the EU last January, 47 years after joining and 3-1/2 years after its ‘Brexit’ referendum, but then entered a transition period during which rules on commerce and travel were frozen until the end of 2020.

EU officials and diplomats described the talks to put a post-transition trade deal in place by Jan. 1, 2021, as an exhausting exercise of bluff and brinksmanship.

On the EU side, the 27 member states remained united under their chief negotiator, Frenchman Michel Barnier, an unflinching defender of their single market of 450 million consumers.

The British side was harder to gauge because it sometimes sought to exploit differences between member states and often appeared to be guided by the vagaries of domestic politics, the EU officials said.

Yet to mass-circulation newspapers at home and Brexit ideologues in his government, Johnson’s tough line with Brussels on competition rules and access to UK waters for EU fishing boats was applauded as a much-needed assertion of sovereignty.

Britain has always been ambivalent about the project to unite and rebuild Europe from the ashes of World War Two.

It joined, belatedly, in 1973, but its economic liberalism jarred with much of continental Europe, and it never joined the single currency, the euro, or the Schengen zone of passport-free travel.

British euroscepticism was fanned for decades by much of its press, whose members – including Johnson, a Daily Telegraph correspondent in Brussels in 1989-94 – panned the federalist ambitions of ‘eurocrats’ and lampooned the EU’s regulatory zeal.

Johnson once poked fun in an opinion column at rules that, according to him, forbade the recycling of a teabag or children under eight blowing up balloons.

For many Britons, Brexit has an intellectual rationale: that the United Kingdom should cut loose from the stagnating economies of the EU and compete with a project they are convinced is destined to fail.

Yet Britain’s uneasy relationship with the EU has been controversial at home, too.

Margaret Thatcher’s aggression towards Brussels led to a Conservative party coup that ended her premiership in 1990. The 2016 Brexit referendum gamble made by one of her successors, David Cameron, led to his departure and, with voters split 52-48%, polarised British society.

On the other side of the Channel, many have long thought that Britain is simply a poor fit.

French wartime hero Charles de Gaulle twice vetoed its attempts to join what was then the European Economic Community in the 1960s. Five decades later, President Emmanuel Macron pressed for a swift British exit after the referendum, worried that eurosceptic sentiment could seep across the continent.

Britain’s boldest step during the trade talks came last summer, when an inner circle around Johnson met to figure a way out of the deadlock. Their solution: trigger a crisis.

In the words of one source close to the group, they decided to “put a gun on the table” by drafting legislation that would explicitly override parts of the Withdrawal Agreement, the divorce treaty that the UK had already signed with the EU.

Several British officials told Reuters the Internal Market Bill had been a shock tactic to counter what they saw as EU efforts to prevent Britain winning back its “sovereignty” before its final exit from the bloc’s orbit on Jan. 31.

But the move made Brussels all the more determined to make sure it could enforce a trade deal.

Von der Leyen spelled it out: “Trust is good, but law is better … And crucially, in light of recent experience, a strong governance system is essential to ensure that what has been agreed is actually done.”

The strategists behind the gambit included some, sources said, who felt that Britain had been humiliated in earlier talks and were determined not to let that happen again.

Britain’s tabloid press was indignant in 2019 when Johnson’s predecessor, Theresa May – another Conservative prime minister to fall victim to the struggle over Europe – had to sit outside a summit meeting room for hours while, as the Sun newspaper put it, “EU leaders gorged on langoustine and duckling”.

A PIECE OF CAKE

At a summit in Salzburg a year earlier, the chairman, Donald Tusk, posted a picture on Instagram of himself at a cake stand alongside May with the caption: “A piece of cake, perhaps? Sorry, no cherries.”

The jibe referred to a plan proposed by May for the Withdrawal Agreement that the EU had publicly trashed as cherry-picking the benefits of membership – and to Johnson’s belief that Britain could do just that, “have its cake and eat it”.

“The cake business certainly had an impact,” a British source said. Some saw it as tasteless, because May is diabetic.

A source involved in the divorce talks last year said that, when the delegations broke for refreshments, they would often sit on opposite sides of the room, glaring at each other in silence.

Rancour over Britain’s Internal Market Bill set the tone for negotiation as the end-year deadline loomed.

A spat broke out on Twitter between British negotiator David Frost and the usually smooth Barnier. Both sides dug in on fishing rights, ways to settle future disputes, and “level playing-field” rules to guarantee fair competition, including state aid to companies.

Britain declared in October that it was breaking off negotiations entirely. But a week later, they resumed, after Brussels acknowledged both sides needed to compromise – a signal that London hailed as evidence that its strategy had worked.

Johnson’s dinner on Dec. 9 with von der Leyen and the two chief negotiators – ironically including turbot, a flatfish found in British waters – threw up a sharp contrast between the two sides as photographs taken beforehand went viral.

On one side stood the Commission’s elegantly dressed German president and French negotiator; on the other, Johnson in an ill-fitting suit with his trademark tousled hair, and his negotiator wearing a tie that had been tied too short.

A UK source said Johnson had gone in with proposals and “genuinely trying to find a route to a solution”, but had been stonewalled and left with a sense that “things were very gloomy”.

Another source close to the talks said Johnson’s affability had failed to charm the more formal von der Leyen.

“I don’t believe either would normally invite the other to a dinner party,” the source said. “Chalk and cheese.”

The EU memo sent after the dinner said London appeared to be trying to squeeze out concessions by declaring that it was prepared to leave on Jan. 1 without a deal.

It took another two weeks of negotiations, stretching into evenings and over weekends, to find an agreement.

One EU diplomat close to the negotiations said the past 4-1/2 years had been a “tiresome melodrama” that had dented goodwill and sapped enthusiasm for any further talks.

“The divorce was meant to be amicable. But our estranged spouse went mad and that didn’t go smoothly,” he said. “One way or another, we are still going to be stuck together. Loveless.”