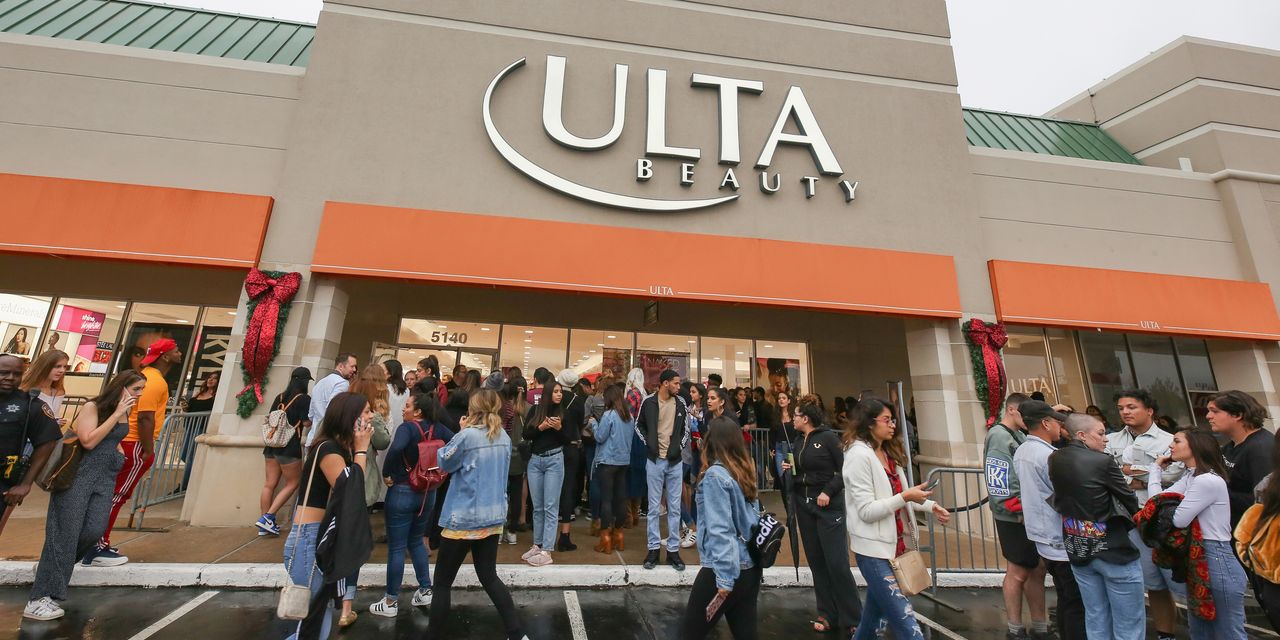 Ulta Beauty Inc. said Thursday it continued to feel the effects of the pandemic, posting lower fourth-quarter sales and profit year over year. It also announced that Chief Executive Mary Dillon will be replaced by company President David Kimbell.

The company reported fourth-quarter net income of $171.5 million, or $3.03 a share, compared with $222.8 million, or $3.89 a share, in the year-ago period. Adjusted earnings were $3.41 a share, adjusted for impairment, restructuring and other costs, including the Illinois-based company’s suspension of an expansion to Canada. Revenue fell to $2.2 billion from $2.3 billion in the year-ago quarter.

Analysts surveyed by FactSet had forecast earnings of $3.73 a share on revenue of $2.29 billion.

Despite reduced traffic to its stores in the fourth quarter, Dillon said in a statement that the company has “good operational momentum. We are encouraged by the momentum we are seeing in store traffic trends. Although our visibility as to when demand will fully recover is limited, we are confident our business will continue to strengthen in fiscal 2021, as COVID-19 vaccines become more accessible.”

Dillon will become chair of the board of directors, and Kimbell will take over as CEO in June. Kecia Steelman, now chief store operations officer, will be promoted to chief operating officer.