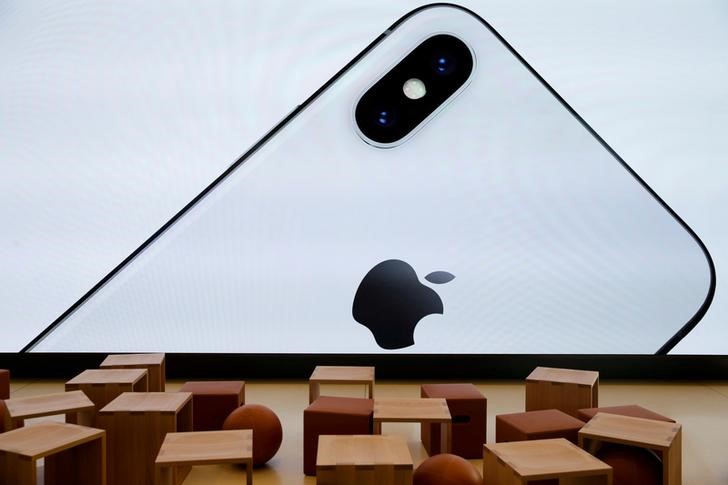 Investing.com — Apple (NASDAQ:AAPL) rose more than 2% after getting upgraded at UBS.

The potential for an Apple electric vehicle, the usual pre-iPhone launch stock boost and 5G demand are among the reasons analyst David Vogt bumped the stock to buy from neutral, StreetInsider reported.

A move into electric vehicles could result in at least $14 a share for Apple, since, despite the rumors, it’s not priced in now, Vogt wrote in a note. The base case for the Apple car is for it to capture 8% of the global market in 10 years with operating margins around 15%.

Additionally, UBS found that Apple stock jumps in the six months ahead of a September new iPhone launch, up 15% versus 5% for the S&P 500 index. In the six months after the launch, the share price return is closer to 7%.

Apple is down about 15% since late January, when it hit an all-time high. The $2 trillion company had its best quarter ever for the period ended in December, raking in more than $111 billion and reporting profit of $1.68. Demand for Apple products remains positive, the analyst said, notably in China with 5G.

Vogt raised revenue and profit expectations for the next two years on steady demand, and bumped the price target to $142 from $114.