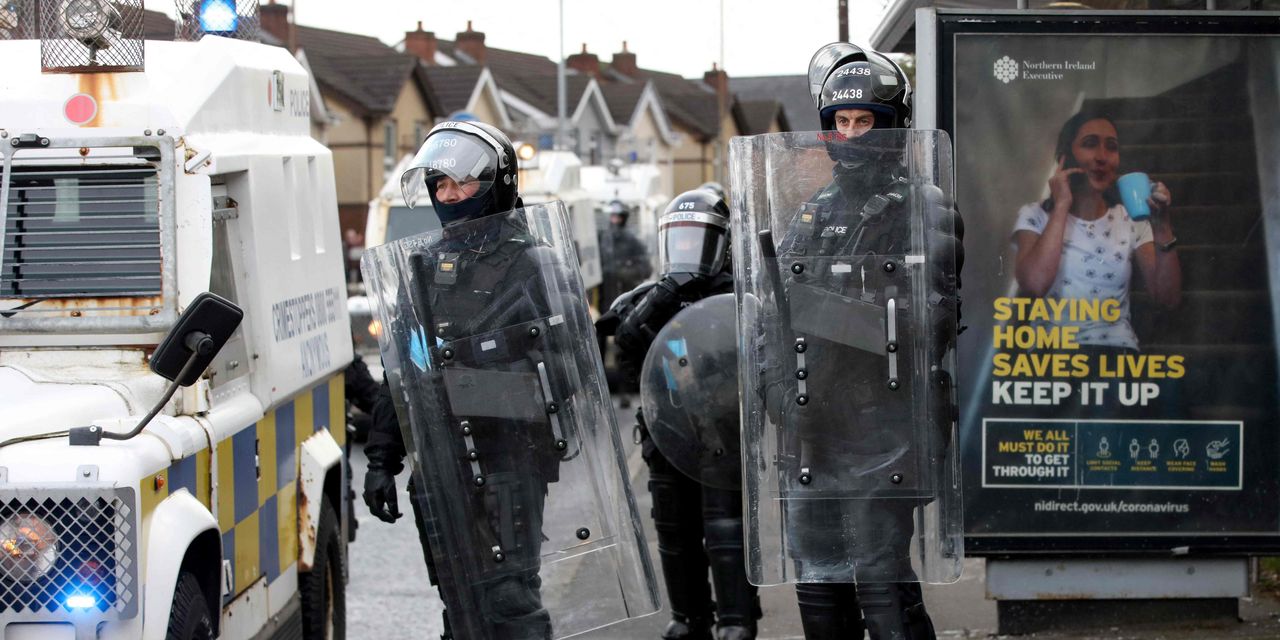 Representatives from all political parties in Northern Ireland held video meetings on Friday with U.K. Northern Ireland Secretary Brandon Lewis, in an attempt to find a way to end a week of rioting and fights between gangs from the loyalist and nationalist communities in Belfast.

Read: Britain and the EU plunged into new crisis over food imports to Northern Ireland

The outlook: The economic and trade tensions created by the U.K.’s exit from the European single market, while Northern Ireland remains in it, have revived fears in the loyalist community that the region is slowly drifting away from the U.K. But rowing back on the Brexit treaty would create a bigger problem for London.

From the archives (September 2020): Biden to Brexit Britain: No trade deal with U.S. if you mess with Ireland