Home
Stocks
Key Words: ‘I am a gay man and also an Olympic champion’ — Tom Daley after winning a gold medal in Tokyo
Prev Article Next Article
This post was originally published on this site 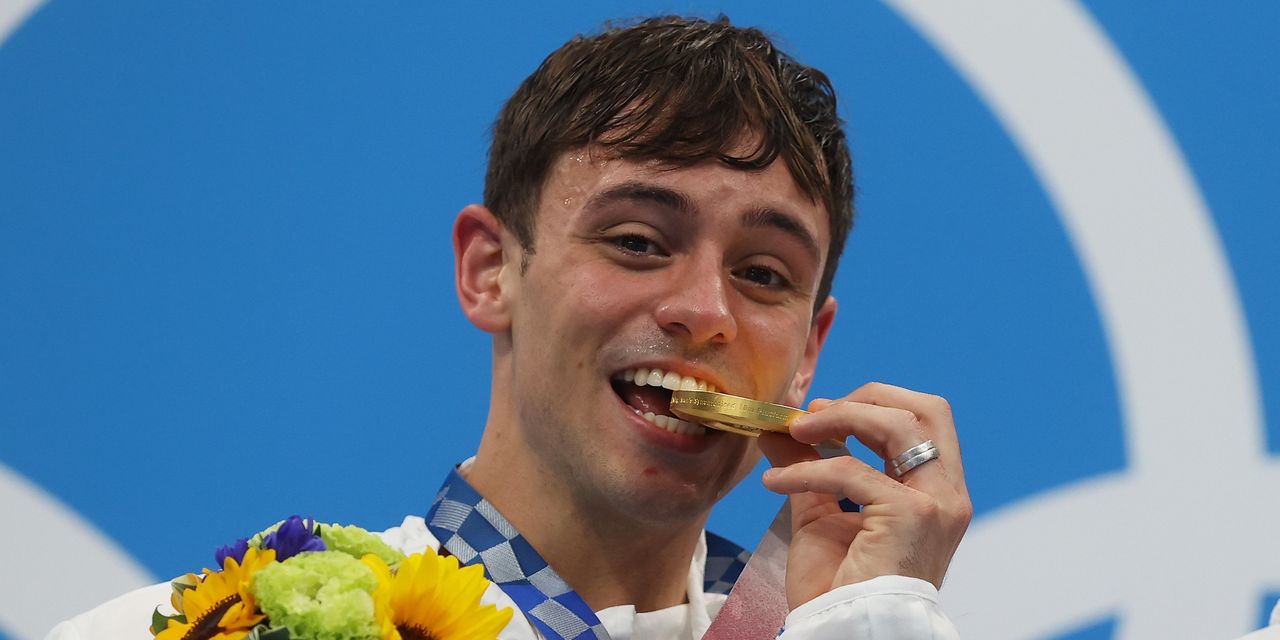 “
‘I feel incredibly proud to say that I am a gay man and also an Olympic champion.’
”

That was Olympic diver Tom Daley after winning a gold medal for Great Britain this week at the Tokyo Olympics.

Daley won the men’s synchronized 10-meter diving competition at the Tokyo Olympics and got emotional during his post-competition press conference with the media.

“When I was a little boy, I felt like an outsider, and felt different, and I felt like I was never going to be anything, because who I was, wasn’t what society wanted me to be,” Daley said. “And to be able to see out LGBT people performing at the Olympic Games, I hope (that) can give young kids hope and not feel so frightened and scared and alone, and to be able to see that no matter who you are, where you come from, you can become an Olympic champion, because I did.”

See also: Cost of the Olympics: How the 2020 Tokyo Games are one of the most expensive ever

This is Daley’s third Olympic medal — he won bronze medals at the 2012 London Games and the 2016 Rio de Janeiro Games.

There are many more openly LGBTQ athletes at the Tokyo Olympics than there were at previous Games.

Outsports.com, a website that has been tracking the number of publicly out gay, lesbian, bisexual, transgender, queer or nonbinary athletes in Tokyo states that there are at least 168. That figure would be three times the number that Outsports counted at the last Olympics in 2016 and over seven times the number at the London Games.

See also: LeBron James is a billionaire — the first U.S. team sport athlete to do it while still playing

The U.S. currently leads the overall medal count at the Tokyo Olympics, but hosting nation Japan leads the gold medal count with 10.