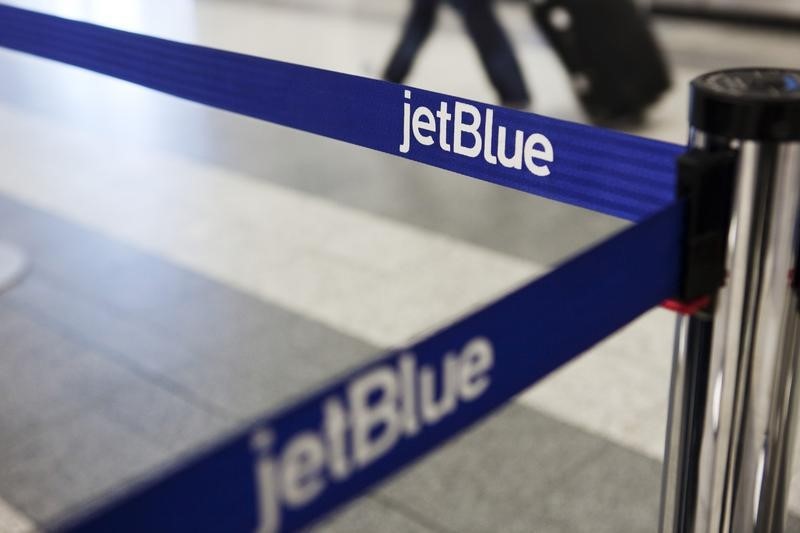 The airlines’ “Northeast Alliance” partnership was announced in July 2020 and approved by the Transportation Department six months later, shortly before the end of the Trump administration.

The codeshare agreement allows American and JetBlue to sell each other’s flights in their New York-area and Boston networks and link frequent flyer programs, in a move aimed at giving them more muscle to compete with United Airlines and Delta Air Lines (NYSE:DAL) in the U.S. Northeast.

“I write with grave concerns that the recent joint partnership between American Airlines and JetBlue Airways will lead to anticompetitive coordination at key air traffic hubs and result in the long-term inflation of airfares and related costs for airline passengers,” Blumenthal said in a letter to U.S. Transportation Secretary Pete Buttigieg.

Blumenthal urged a “full public interest review and investigation of the Northeast Alliance cooperative agreement,” noting that President Joe Biden had signed an executive order on competition in July. Blumenthal cited the White House as saying that the top four airlines had nearly two-thirds of the U.S. domestic market.

“I am concerned that the Northeast Alliance is exactly the kind of arrangement that has led us to this point and that will lead to even further consolidation in an already overly concentrated industry. Under the circumstances, this arrangement deserves more scrutiny,” he wrote.

In a statement, JetBlue said the partnership allowed the two airlines to give Delta and United real competition.

JetBlue said its access to American’s slots would mean that it could “bring the JetBlue effect of lowering fares and stimulating demand to more routes in and out of the Northeast.”

The Transportation Department on Thursday said it planned to award 16 take-off and landing slots at Newark Liberty International Airport to a yet-to-be-determined low-cost carrier, and said it could take action to boost competition at other major airports.