Home
Stocks
The Conversation: Flu season could be worse this winter; paired with COVID, the U.S. risks a dangerous ‘twindemic’
Prev Article Next Article 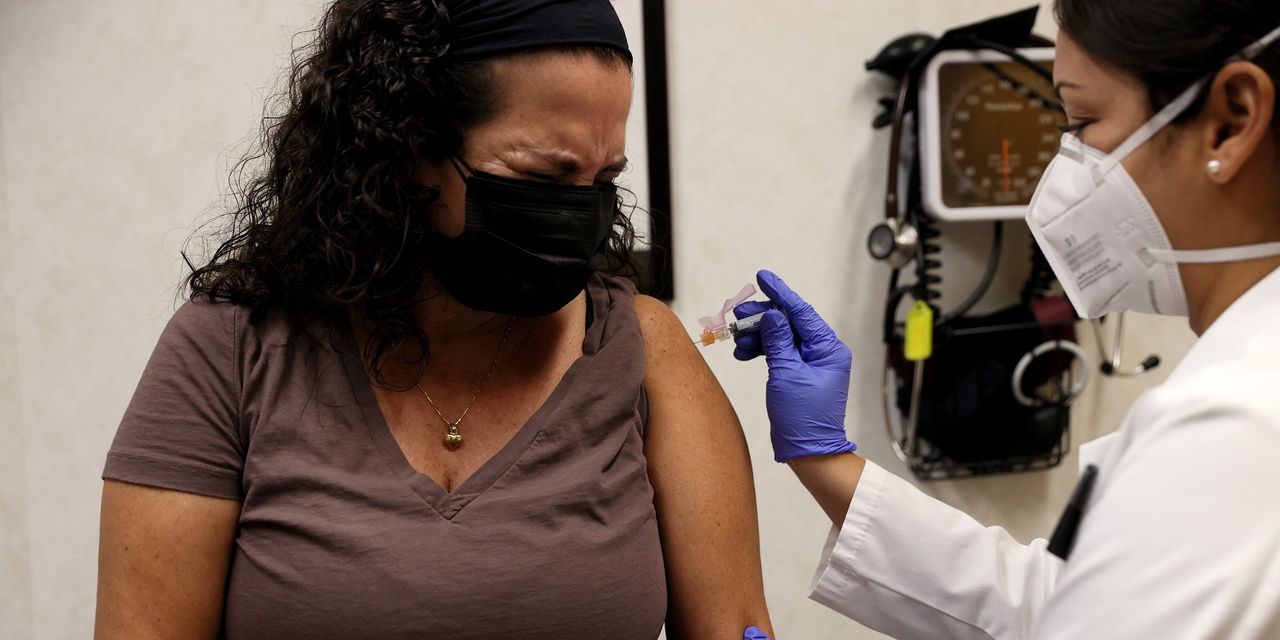 As winter looms and hospitals across the U.S. continue to be deluged with severe cases of COVID-19, flu season presents a particularly ominous threat this year.

We are researchers with expertise in vaccination policy and mathematical modeling of infectious disease. Our group, the Public Health Dynamics Laboratory at the University of Pittsburgh, has been modeling influenza for over a decade. One of us has been a member of the Centers for Disease Control and Prevention’s Advisory Committee on Immunization Practices and the CDC’s Flu Vaccine Effectiveness Network.

Our recent modeling work suggests that last year’s tamped-down influenza season could lead to a surge in flu cases this coming season.

As a result of the numerous measures put in place in 2020 to curb transmission of COVID-19 – including limiting travel, wearing masks, social distancing, closing schools and other strategies – the U.S. saw a dramatic decrease in influenza and other infectious diseases during the last flu season.

While flu reduction is a good thing, it could mean that the flu will hit harder than normal this winter. This is because much of the natural immunity that people develop to disease comes from the spread of that disease through a population. Many other respiratory viruses demonstrated a similar drop during the pandemic, and some of those, including interseasonal respiratory syncytial virus, or RSV, have increased dramatically as schools have reopened and social distancing, masking and other measures have declined.

Immunity to influenza involves multiple factors. Influenza is caused by several strains of an RNA virus that mutate at various rates each year, in a manner not unlike the mutations that are occurring in SARS-CoV-2, the virus that causes COVID-19.

The level of a person’s existing immunity to the current year’s strain of flu depends on several variables. They include how similar the current strain is to the one that a child was first exposed to, whether circulating strains are similar to previously experienced strains and how recent those influenza infections were, if they occurred.

And of course human interactions, such as children crowding together in classrooms or people attending large gatherings – as well as the use of protective measures like wearing a mask – all affect whether a virus is transmitted between people.

There are also variables due to vaccination. Population immunity from vaccination depends on the proportion of people who get the flu vaccine in a given season and how effective – or well matched – that vaccine is against the circulating influenza strains.

No precedent exists for a ‘twindemic’

Given the limited spread of influenza in the general U.S. population last year, our research suggests that the U.S. could see a large epidemic of flu this season. Paired with the existing threat of the highly infectious delta variant, this could result in a dangerous combination of infectious diseases, or a “twindemic.”

Models of COVID-19 and other infectious diseases have been at the forefront of predictions about the COVID-19 pandemic, and have often proved to be predictive of cases, hospitalizations and death.

But there are no historical examples of this type of dual and simultaneous epidemics. As a result, traditional epidemiological and statistical methods are not well suited to project what may occur this season. Therefore, models that incorporate the mechanisms of how a virus spreads are better able to make predictions.

We used two separate methods to forecast the potential impact from last year’s decrease in influenza cases on the current 2021-2022 flu season.

In recent research of ours that has not yet been peer-reviewed, we applied a modeling system that simulates an actual population’s interactions at home and work, and in school and neighborhood settings. This model predicts that the U.S. could see a big spike in flu cases this season.

In another preliminary study, we used a traditional infectious disease modeling tool that divides the population into people who are susceptible to infection, those infected, those recovered and those who have been hospitalized or have died. Based on our mathematical model, we predict that the U.S. could see as many as 102,000 additional hospitalizations above the hundreds of thousands that typically occur during flu season. Those numbers assume that there is no change from the usual flu vaccine uptake and effectiveness starting this fall and lasting through the flu season.

This prospect, paired with the ongoing battle against COVID-19, raises the possibility of a twindemic overwhelming the health care system as hospitals and ICUs in some parts of the country overflow with critically ill COVID-19 patients.

Our research also highlighted how young children could be particularly at risk since they have lower exposure to previous seasons of influenza and thus haven’t yet developed broad immunity, compared with adults. In addition to the burden on children, childhood influenza is an important driver of influenza in the elderly as kids pass it on to grandparents and other elderly people.

However, there is reason for optimism, since people’s behaviors can change these outcomes considerably.

For instance, our simulation study incorporated people of all ages and found that increasing vaccination among children has the potential to cut infections in children by half. And we found that if only 25% more people than usual are vaccinated against influenza this year, that would be sufficient to reduce the infection rate to normal seasonal influenza levels.

Across the U.S., there is a lot of variability in vaccination rates, adherence to social distancing recommendations and mask-wearing. So it is likely that the flu season will experience substantial variation state to state, just as we have seen with patterns of COVID-19 infection.

All of this data suggests that although vaccination against influenza is important every year, it is of utmost importance this year to prevent a dramatic rise in influenza cases and to keep U.S. hospitals from becoming overwhelmed.

Mark S. Roberts is a distinguished professor of health policy and management at the University of Pittsburgh. Richard K. Zimmerman is a professor of family medicine at the University of Pittsburgh. This was first published by The Conversation — “Flu season paired with COVID-19 presents the threat of a ‘twindemic,’ making the need for vaccination all the more urgent.”