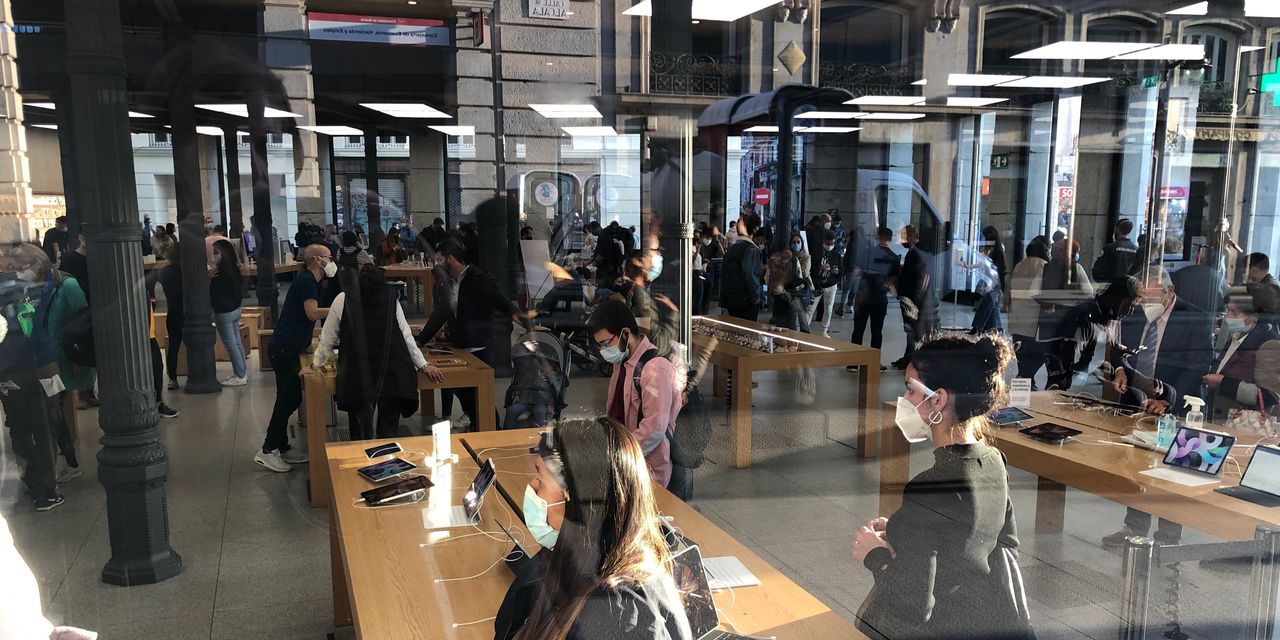 fell over 3% in premarket trading after the iPhone maker reported its first miss on revenue since the holiday quarter of 2018, as Chief Executive Tim Cook said silicon shortages and COVID-related manufacturing problems led to a $6 billion negative hit.

But Cook also said demand for the company’s products were “robust,” which was providing a source of comfort for Wall Street analysts in the aftermath of surprisingly weak results.

A team of UBS analysts led by David Vogt said that they see December as a bottom for the company’s woes. Their checks indicate Apple’s supply chain and COVID headwinds in South East Asia impacted units by around 5 million in the quarter, but believe demand as “likely persistent given backlogs.

“As such our FY 2022 230 million unit [estimate] is unchanged despite the [near-term] disruption. Moreover, we believe our forecast could prove conservative if the 5M lost units are captured in FY22,” said Vogt and the team, who maintain a buy rating and 12-month price target of $175.

Among the positives: services revenue that came at $18.3 billion, some 7% above their estimates and paid subscriptions that grew to over 745 million customers, while Macs and iPads delivered “solid upside to estimates,” said the UBS team.

Wedbush analysts Daniel Ives and John Katsingris took a similar view. “We view this issue purely as a victim of the supply chain for Apple and NOT a demand issue for iPhones which remains the foundation of our bullish thesis and robust Services business into FY22 with iPhone 13 leading the way,” they told clients in a note.

“While the bears will hang their hats on this supply chain issue and a valuation that has re-rated saying the Apple bull party is over, instead we could not disagree more and view any sell off as a golden buying opportunity given our robust view of Apple’s demand story into 2022,” said Ives and Katsingris, who kept their outperform rating and $185 price target.

Apple’s channel inventory remains below normal, its services sector continues to do well and the company’s installed base continues to grow, chimed in Citi analysts Jim Suva and Asiya Merchant, who kept their buy rating and $170 target price.

“We do not believe this is a thesis changer because competitors are also experiencing shortages. Simply put demand for Apple products is materially above supply,” they said.

Apple shares have gained 15% in the year to date, while the Dow Jones Industrial Average
DJIA,

Opinion: Apple and Amazon are struggling, so investors may want to look to these tech stocks instead