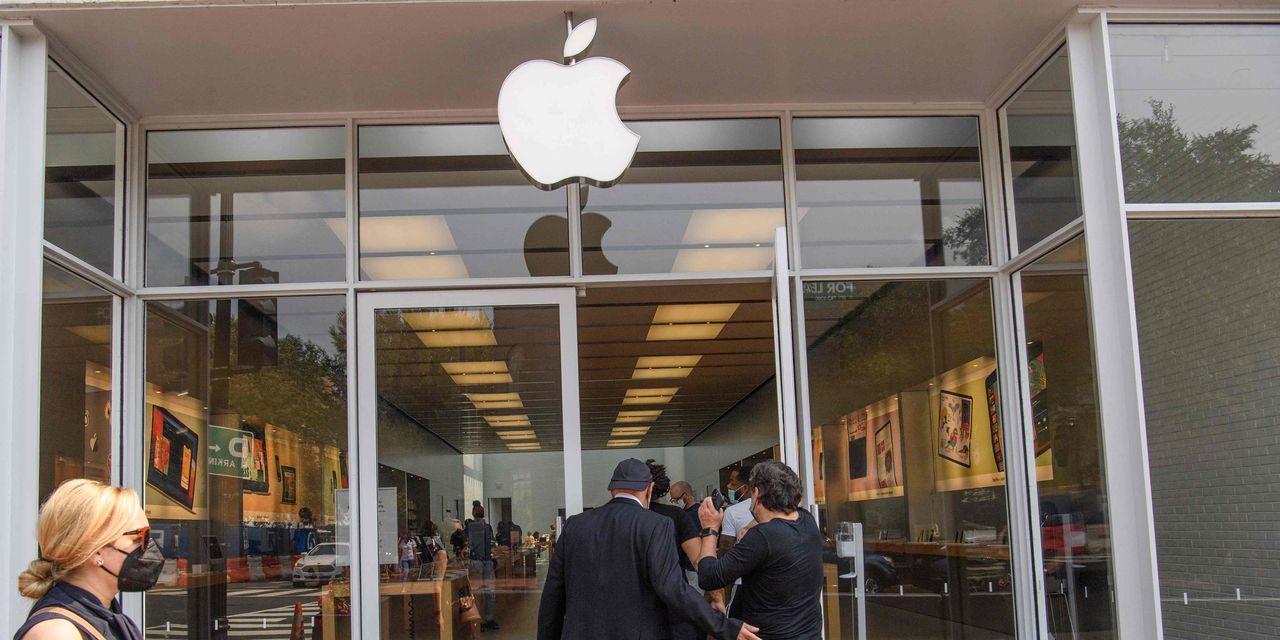 After a Securities and Exchange Commission decision this week, Apple Inc. investors could be asked to vote on its use of concealment clauses — a shareholder proposal in the spotlight after a former employee told the SEC the tech giant wasn’t truthful in trying to block it.

Cher Scarlett, a former Apple software engineer based in the Seattle area, left the company in October and says she was told by Apple
AAPL,

exactly what she was allowed to say about her departure, which was simply that she was moving on to other opportunities. Scarlett departed the company because she said she was harassed after starting a wage survey, then filed a complaint with the National Labor Relations Board alleging Apple was stopping employees from discussing their wages.

Separately, Nia Impact Capital had asked the company’s board to prepare a report assessing the risks associated with the use of concealment clauses in cases of harassment, discrimination or other unlawful acts. The use of such clauses is already prohibited in California under a new law, but there’s a push to extend those protections to workers outside the state.

See: Investors in Facebook, Amazon and other tech companies are asked to let workers speak up about harassment, discrimination

In trying to block that shareholder proposal, Apple — a week after Scarlett left — sent a letter to the SEC contending it does not use such clauses. When Scarlett saw that Apple had made that claim, she felt she had to say something.

“What they sent me was in direct contradiction to that,” she told MarketWatch. “And so I filed the SEC tip.”

In a response letter dated Dec. 20, the SEC said it disagreed with Apple’s contention that the proposal was related to its ordinary business operations, nor that the proposal sought to micromanage the company.

Further, the SEC said in the letter seen by MarketWatch that based on the information Apple presented, “it appears that the company’s policies, practices and procedures do not compare favorably with the guidelines of the proposal and that the company has not, therefore, substantially implemented the proposal.”

This week, Apple sent Scarlett’s attorney a letter saying it will no longer provide further payments to Scarlett because she has “repeatedly” breached her non-disclosure agreement, including by disclosing draft provisions of the agreement to Nia Impact Capital. In the letter, which was seen by MarketWatch, the company also said it is “preserving its right to seek liquidated damage for each separate breach.”

Scarlett said that’s the second time the tech giant has said it will stop paying her severance as well as her attorney’s fees. She said she has given up the rest of her severance from Apple by speaking out and will continue to “tell the truth.” She added that if the company sues her, she is in debt and “I don’t have anything for them to take.”

An Apple spokesman did not return requests for comment about the SEC letter or the letter it sent to its former employee’s attorney.

Kristin Hull, chief executive of Oakland, Calif.-based Nia Impact Capital, told MarketWatch that her firm — which owns about 36,000 shares of Apple — did not know about the agreement between Scarlett and Apple, had no prior contact with the whistleblower nor any direct communication with her since.

Hull also said Apple has requested further talks with the investment firm, so she’s hopeful the company will come around on the issue of concealment clauses, and it’s possible the proposal may not even appear on the company’s proxy.

She added that Apple should be “leading when it comes to treatment of employees, particularly when so many of these clauses are associated with discrimination and sexual harassment. They have an incentive to get this right.”

Apple, which also is being urged by shareholders to agree to a civil-rights audit, has not announced the date of its annual general meeting, but it is expected to be in the beginning of 2022.