Home
Stocks
: How high do mortgage rates need to climb before it’s time to worry? Above 5.75%, says UBS.
Prev Article Next Article 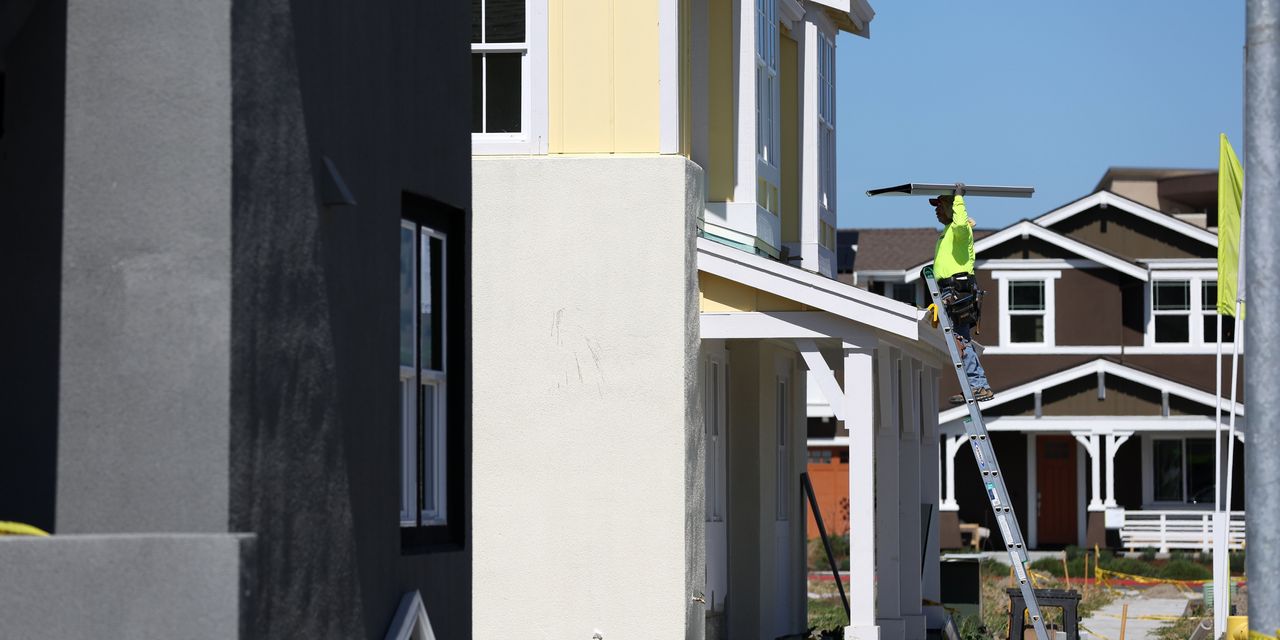 Groceries, gasoline and housing prices have shot higher in recent months, squeezing household budgets and grabbing the attention of U.S. central bankers looking to tamp down a four-decade-high inflation rate.

How high do mortgage rates need to rise before it’s time to worry about red-hot housing taking too big a bite out of American paychecks?

It becomes a greater concern if the 30-year fixed mortgage rate exceeds 5.75%, said UBS’s Solita Marcelli and her team in a Tuesday client note.

Reaching that threshold would require at least another 1% increase in the benchmark 30-year fixed-rate mortgage from its 4.67% average at the end of March, and that was its highest level since 2018.

The analysis by Marcelli, chief investment officer in global wealth management, and her UBS team also assumes mortgage rates heading toward 6% would come as home prices flatten out after two years of upwardly spiraling. That way it would keep a key affordability metric, the ratio of a typical monthly mortgage payment to income, from topping levels of last housing bubble.

As part of this, Marcelli’s team pegged monthly mortgage payments nearly 50% higher since December 2020, with the median price of existing homes rising roughly 20% over the same stretch.

Put another way, mortgage payments in the past two years have outpaced skyrocketing home prices, a potentially hazardous mix if the economy stalls or slips into recession.

The “calculus” quickly shifted in the past three months, with Russia’s war against Ukraine pushing up oil
CL00,

and other commodity prices and the Federal Reserve’s tougher stance on inflation, which has led to sharply higher rates across the credit curve, including on mortgages.

After two years of “mortgage mania,” the UBS team estimates that roughly 28% of median household income now goes toward monthly mortgage payments, nearing the 31% threshold seen in the mid-2000s in the run-up to the global financial crisis.

For one thing, the team estimates only about 1% of homeowners have adjustable-rate mortgages that could be vulnerable to defaults as rates rise, not the 40% seen in 2005, the dawn of the worst foreclosure crisis in decades.

Years of critically low housing supply in America also has led to a generation of wealthy property owners, at least on paper. Homeowners had an estimated $28 trillion in equity, based on a total housing stock valued at $40.6 trillion, as of the fourth quarter, according to data from the Urban Institute.

Importantly, there’s also the new class of institutional investors born out of the last foreclosure crisis eyeing cracks in the property market for a chance to turn more homes into rentals with low-cost Wall Street financing.

“The rise in mortgage rates is unlikely to affect homeowners as much
this time around,” the UBS team said.