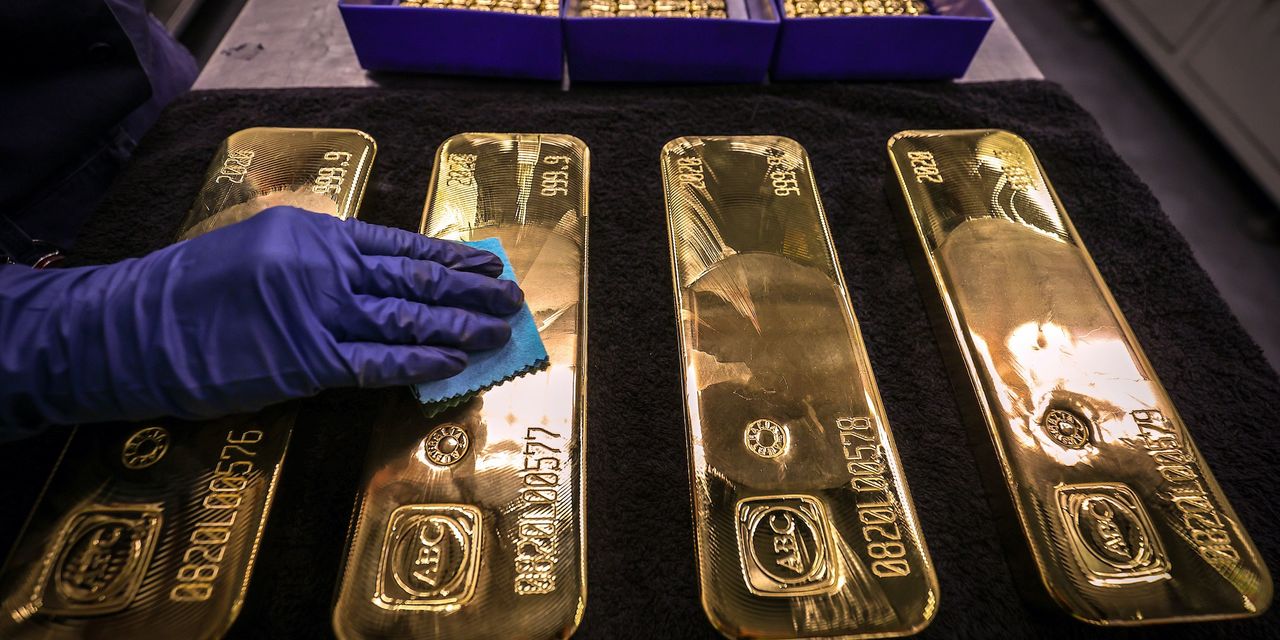 Gold futures posted their first gain in three sessions on Thursday to mark their highest settlement in in a week.

The value of the precious metal has been determined by “countering forces,” said Ricardo Evangelista, senior analyst at ActivTrades, in a Thursday note.

On one side, there’s the “the geopolitical risk generated by the war in Ukraine, which enhances gold’s haven appeal,” and on the other, “the increasingly hawkish stance of the U.S. Federal Reserve, which is capping gold gains due to the inverted correlation with the U.S. dollar,” he said.

“Recent geopolitical events have highlighted how investors view gold as an effective and proven hedge,” said Adam Perlaky, senior analyst at World Gold Council, in reaction to the release of data on global gold-backed exchange-traded funds. The World Gold Council reported Wednesday that global gold-backed ETFs saw net inflows of $11.8 billion in March — the highest level of monthly inflows since 2016.

“Gold-backed ETFs have served as a safe haven for investors amid the current, volatile market conditions,” said Perlaky.

Still, gold ended lower in Wednesday’s session, then saw volatile electronic trading after minutes from the Federal Reserve’s March meeting — moving higher, then lower as the minutes offered insight into the central bank’s plans to shrink its balance sheet and affirmed that policy makers are prepared to hike interest rates in outsize half-percentage-point increments in their effort to rein in inflation.

Gold suffered as long-dated Treasurys sold off, pushing the yield on the 10-year note to its highest since March 2019. Higher yields on government debt and other bonds raises the opportunity cost of holding nonyielding assets like gold.

Overall, gold has held up well despite a backup in yields so far this year, analysts said. The yellow metal remains up by around 5.7% year to date, with support tied in part to demand for haven assets sparked by Russia’s invasion of Ukraine, as well as concerns about the war’s ability to drive up already surging inflation. Gold is seen as a hedge against inflation.

The rising trend in yields hint that the medium-term direction gold “should be the south, and we could see the price of an ounce sink sustainably to $1800/1820 area, which includes the 200-day moving average,” said Ipek Ozkardeskaya, senior analyst at Swissquote, in emailed comments.

“What keeps gold prices sustained right now is the fact that Russia is one of the largest gold miners, and that the safe haven demand remains tight, as the geopolitical tensions remain relatively high,” the analyst wrote.

In other Comex trading, May copper
HGK22,