Home
Stocks
Your Digital Self: The metaverse is inevitable — we have been heading toward it for a long time. This is the good and the bad when the physical and virtual worlds collide
Prev Article Next Article 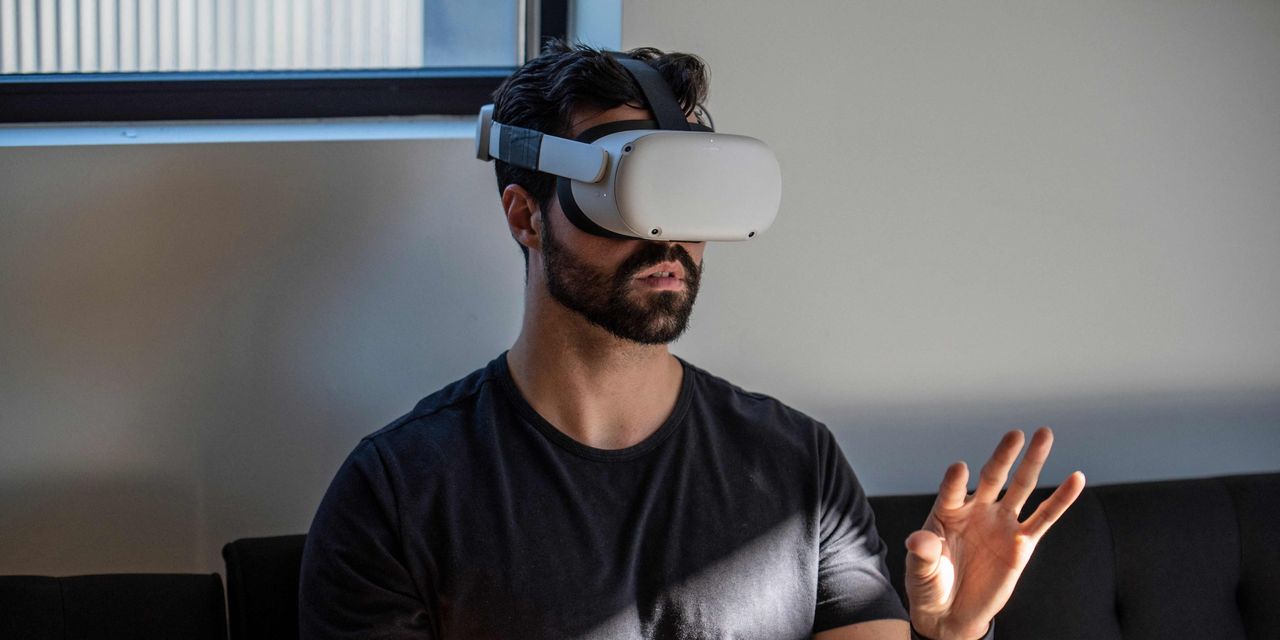 Thanks to Meta Platforms CEO Mark Zuckerberg, “metaverse” became such a buzzword in late 2021 that you couldn’t miss it unless you lived under a rock. But the idea of the internet as a network of intertwined virtual worlds where humans spend most of their time is much older than Zuckerberg’s vision.

In addition to the 1992 science fiction novel “Snow Crash,” whose writer Neal Stephenson coined the term, the metaverse was the topic of the dystopian novel/movie “Ready Player One” and inspired a number of articles including this amazing piece by venture capitalist Matthew Ball.

My most memorable moment in virtual reality (VR) happened in VR Chat a few years ago. There I met an Iranian artist who walked me around her virtual gallery while we discussed the hardships that occurred to her post-Arab Spring and how it affected her work.

I was able to hear her voice and see her avatar guiding me through the exhibition, which included both 3D interactive sculptures as well as her traditional artwork, including the surreal architecture we were navigating. The presentation ended with an opportunity to purchase one of her physical paintings we saw in the gallery. It was a wholesome and emotional experience I will not soon forget.

I’m sure most of us have had similar experiences by now — whether chatting with someone in a virtual environment or enjoying Sandbox on your PC. However, on their own, these experiences aren’t metaverse. Rather, they are fragments of it in the same way that one computer game or a search engine don’t constitute the internet.

The internet that we currently experience is a sum of all our digital experiences tied together. It includes online services provided by governments, individuals and companies — all siloed, yet intertwined and slowly coming together via unified search, authorization and authentication systems — search engines and social login systems brought on by tech giants such as Alphabet
GOOG,

The emphasis here is on mechanisms that tie all these experiences together. Because of the enormous effort put in it, mostly by Alphabet’s Google, we now have the experience of a unified internet. It is this experience — not siloed websites and services — that helps us grasp better the concept of the internet and use it to its full potential.

There are a number of reasons why the company was able to pull this off. It has a massive user base that spans the globe (4.3 billion worldwide), which gives it a lot of data to work with in terms of understanding user behavior and preferences.

All these factors made the “Sign in with Google” authentication feature and Google as a search engine as ubiquitous as they are now. At this point, Google is the major global provider of seamless access to various world wide web services and an important building block of the present-day internet.

It’s highly unlikely that any competitor will be able put in enough resources to dethrone the tech giant.

With the present belonging to Google, Meta’s Zuckerberg knew he had only one choice: His company needed to seize the day and become the uncontested ruler of the internet of tomorrow — the metaverse.

To the untrained eye, this battle has started recently. To those paying more attention, many of the recent investments — even before the rebranding and public proclamation — have been nothing but the building blocks for the metaverse.

The failed corpocoin Libra has been transformed into Zuckbuck; first Oculus Rift, over multiple iterations, evolved into Meta Quest 2, which is now getting a premium upgrade and augmented reality (AR) capabilities with Project Cambria.

Finally, there’s the Horizon Worlds testing ground where all these concepts can be put together. A virtual world and social experience you can enjoy, an existing economy where you can spend and make money, and a hardware solution that allows you to seamlessly switch between two worlds, real and digital.

In his recent interview with the Verge, Zuckerberg acknowledged that, just like with the modern-day internet, siloed experiences will coexist with Meta’s infrastructure in the metaverse. He then made abundantly clear that Meta’s endgame isn’t to push out other platforms and creators. Rather, the business model aims to be a unifying force that puts all these concepts together and facilitates integration.

The goal is to empower creators as well as users and companies to seamlessly move between these experiences and for Meta to profit from providing the infrastructure.

With Facebook, Meta had learned that substantial financial gain can be made by selling user information and providing the environment in which advertisers and businesses can thrive. Taking its cut (which at the present time is substantial) from every transaction and selling advertising space will be a big thing for Meta in the metaverse. In that sense, the company is not only taking a page from Alphabet’s playbook, but also perpetuating Facebook’s business model.

There is another factor that plays a huge role in the adoption and success of the metaverse: the global socioeconomic backdrop.

Modern-day living is rife with crises, and chances are that things are going to get worse before they get better. The global workforce has all but been accustomed to working from home, and with wars and pandemics becoming a regular occurrence, there is less opportunity for human beings to actively pursue one of humanity’s greatest needs: social interaction.

Although environments and interactions experienced within virtual and augmented reality are a far cry from real-world interactions, the visual fidelity and technology behind them is getting better day by day. As options for real-world interactions become scarcer, people will inevitably flock to solutions that offer at least a glimpse of what freedom and companionship meant in the good old days.

Combine all these factors with global adoption, substantial financial resources and a talented workforce, and it’s easy to see how it’s only a matter of time before Meta succeeds in accomplishing its lofty goal.

So, is this a good thing? Heck no. Humans have proven over and over again — especially in recent years — that when faced with danger and risk, we prefer convenience and escapism rather than facing the problem head-on.

Obviously, this creates the perfect foundation for deepening already present crises and walking back on centuries of adaptation and resilience. To make it clear, I’m not only talking about physical prowess, but also mental acuity driven by experiences in the real world, natural curiosity and freedom of thought.

In that sense, the metaverse could be a problematic, stifling environment. Here’s one chilling scenario that could likely occur when the metaverse goes mainstream:

In time, we could have a growing number of individuals so accustomed to the virtual stimuli that they would show serious deficit of social skills when interacting with humans in the real world. As most of their experiences would be formed in controlled virtual environments, their perception of reality would become skewed as well. Due to the difference between real-world and digital interactions, these humans would increasingly lack adequate motor skills necessary to survive and thrive in the real world. It’s no wonder they would prefer the convenience and blissful ignorance of the fabricated world, making use of their real-world bodies only to fulfill necessary bodily functions. In time, these individuals may have children who would follow in the footsteps of their parents,  propagating the dependence on virtual worlds.

Nowadays we already have something similar in Japanese hikikomori, and although the roots are different, the escapism is the same, and for these kinds of people, the metaverse simply offers more of it.

But let’s not get ahead of ourselves. It’s important to highlight that I’m not on an anti-progress crusade. However, I’m also not promoting escapism as a major way of coping with stress and challenges of daily life. Just like any tool, the metaverse can be good if used to facilitate certain interactions, such as remote work, gaming and creativity. However, it has to be used in moderation and in a way that supplements rather than replaces real life. Otherwise, a “Matrix”-like scenario could become increasingly common among the global population, leading us to a bleak, dystopian future where the digital environment becomes a gilded cage for the human psyche rather than a potent tool for advancement and improvement.

What’s your take on this? Let me know in the comment section below.