Home
Stocks
Dow Jones Newswires: Air Canada to cancel about 10% of flights this summer due to industry strain
Prev Article Next Article 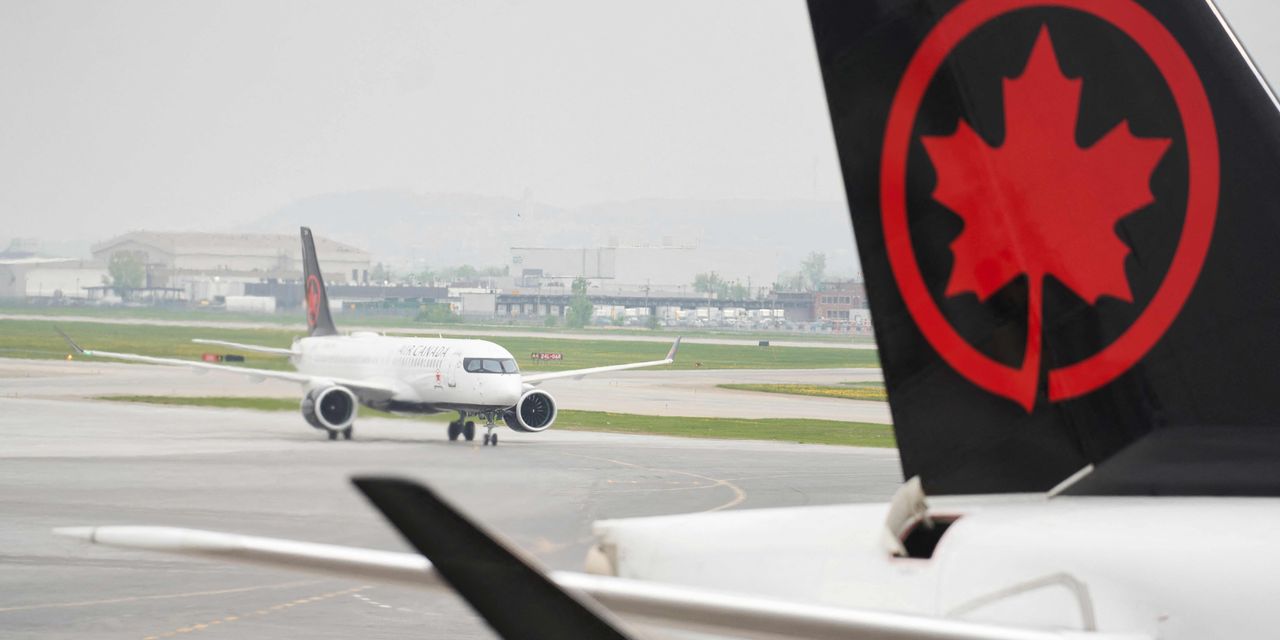 OTTAWA — Canada’s biggest air carrier, Air Canada
AC,
,
said late Wednesday that it will be forced to make “meaningful” cancellations to flights in July and August — the first busy summer season since the pandemic — due to strains in the global aviation industry.

This marks one of the most significant moves to date by a major North American airline to deal with a surge in travel demand and chronic staff shortages at airlines and airports, leading to flight delays, long lines and lost baggage. Canada isn’t immune, with the situation exacerbated by delays at airport security and customs, due to staffing shortages and pandemic-related regulations.

In a note to customers, Air Canada Chief Executive Michael Rousseau said the airline took a number of steps — from flexible ticket policies to schedule adjustments — to deal with industrywide constraints. However, Rousseau said that those efforts won’t suffice.

“To bring about the level of operational stability we need, with reluctance, we are now making meaningful reductions to our schedule in July and August in order to reduce passenger volumes and flows to a level we believe the air transport system can accommodate,” Rousseau said.

The cancellations would affect about 150 flights a day, or over 10% of the daily flights the airline operated prior to Wednesday’s announcement, an Air Canada spokesman said. Three routes will be temporarily suspended, which connect Montreal and Pittsburgh; Baltimore and Kelowna, British Columbia; and Toronto and Fort McMurray, Alberta, or the center of oil sands production in the country.

“We are convinced these changes will bring about the improvements we have targeted,” Rousseau said. “But to set expectations, it should also be understood the real benefits of this action will take time and be felt only gradually as the industry regains the reliability and robustness it had attained prior to the pandemic.”

A representative for Canada’s second-biggest airline, WestJet Airlines Ltd., wasn’t immediately available for comment on whether it was mulling flight cancellations.