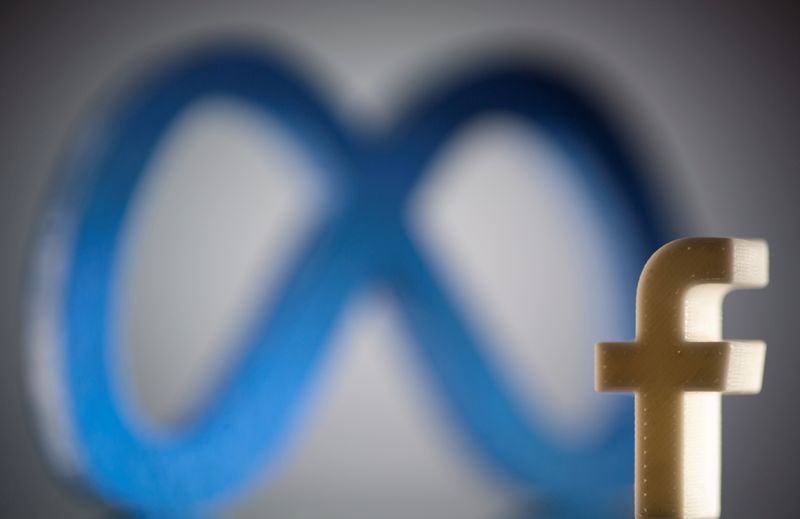 The price target of Meta Platforms Inc (NASDAQ:META) was cut to $275 from $300 by Cowen analyst John Blackledge on Wednesday based on macro headwinds and a recent ad check call.

“Meta stock is down 51.5% YTD and down ~7% since the 1Q22 print, where the 2Q guide was impacted negatively by adv softness related to Ukraine war, continued iOS impact, and shifting engagement to IG Reels, which is still in early stages of monetization,” wrote the analyst. “Mgmt also expects FB MAU’s to be down or flat sequentially in 2Q, reflecting a full quarter without Russia exposure. Of note, our 2Q22 social survey data through May shows modest y/y engagement declines at FB and IG, but increasing use of IG Reels.”

However, Cowen believes there is potential for a modest growth rebound in the third quarter as comps ease through the second half of 2022.

“Growth rates for both Core Facebook and Instagram step down 8% and 30% respectively between 2Q21 and 3Q21, therefore our ad expert is anticipating a ‘bit of a bump’ in growth rates in 3Q22. He thinks that, barring major macro disruption, Meta should be able to grow in the mid-single digits vs down 1% y/y in 2Q22; however he noted that the performance of the social ad platforms is likely to be impacted by the macro environment.”