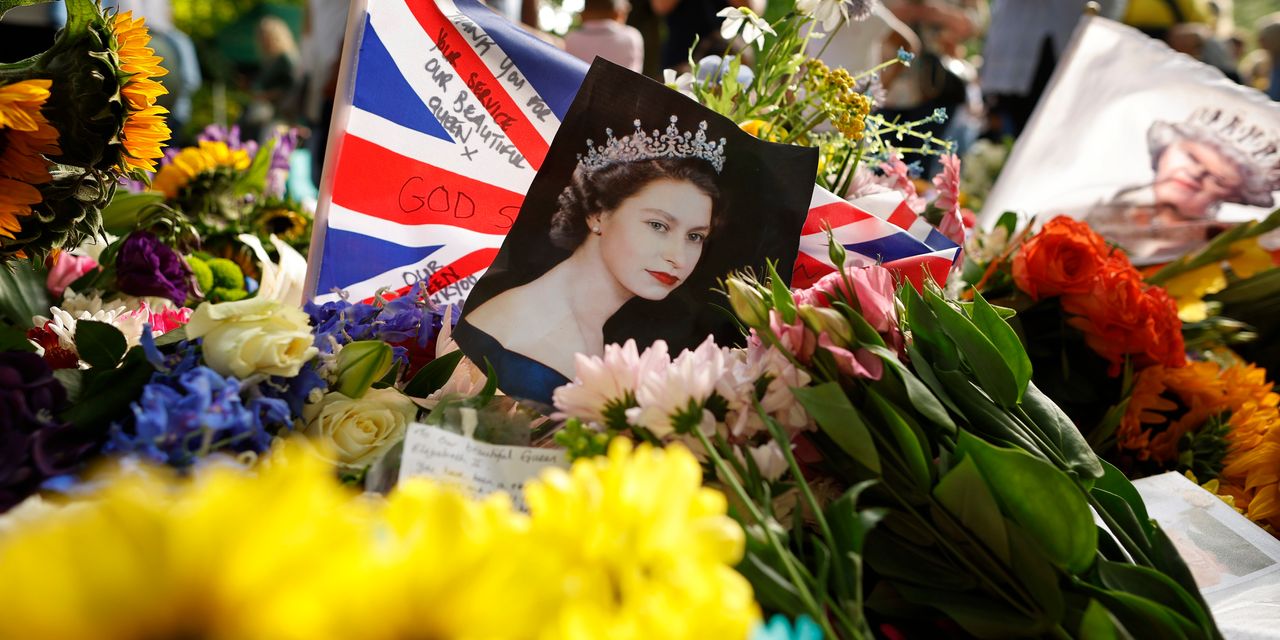 The U.K. may officially fall into recession earlier than forecast due to the impact of the funeral for Queen Elizabeth II, economists say.

U.K. gross domestic product weakened 0.1% in the second quarter, due ironically to the extra celebrations for the Queen’s Platinum jubilee. Now that there’s an extra bank holiday on Sept. 19, the day of the Queen Elizabeth II’s funeral, output also may be impacted.

The Office for National Statistics on Monday reported that GDP in July rose 0.2%, after a 0.6% fall in June. The rolling quarterly rate of growth was zero, “which is around where it has been for the past four months now,” said George Buckley, chief U.K. economist at Nomura.

“The announcement of another bank holiday on Sept. 19 could also dampen GDP at the margin, over and above the recession we already expect over the coming year,” he added.

Philip Shaw, chief economist at Investec in London, made a similar point. “Since GDP suffered a minor contraction in Q2, this would imply that the economy is in a recession, albeit largely influenced by additional public holidays. While this is not our baseline case, we would not rule this out, especially if the subdued mood of the nation results in a dip in spending across the period of mourning,” he said.

There’s already been sporadic closures of businesses, with some sporting events, most notably soccer games, cancelled.

The U.K. is struggling in face of surging inflation, with consumer prices jumping to a 40-year high of 10.1% year-over-year in July. The average family has £40 ($46) less per week to spend in July, a decline of 16.5%, according to estimates from U.K. supermarket chain Asda. New Prime Minister Liz Truss has pledged to cap rising energy bills in what could cost over £100 billion over the next two years.

“We are tending to the view that the sheer scale of the energy package will help to avert a recession at the turn of the year. But our main concern continues to be that fiscal support to the economy now implies that a more aggressive stance of monetary policy is required to subdue inflation pressures,” said Shaw.