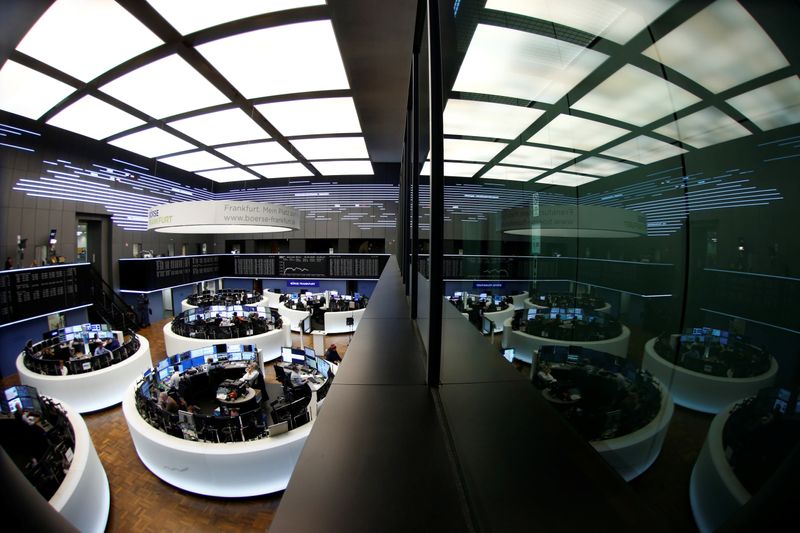 (Reuters) – European shares started the new decade on a strong note on Thursday as China further eased monetary policy to prop up the economy, with concrete indications of an imminent U.S.-China trade deal also lifting the mood.

The pan-European STOXX 600 index () was up 0.5% at 0807 GMT, after declining for two straight sessions as investors locked in gains from a strong December rally.

Caution had crept in towards the end of 2019 about how long the U.S.-China trade truce would last, but U.S. President Donald Trump brightened the mood on Tuesday by saying the Phase 1 agreement would be signed on Jan. 15 at the White House.

On Wednesday, China’s central bank said it would lower the reserve requirement ratio for banks for the eighth time since 2018, with the latest cut freeing up around 800 billion yuan ($115 billion).

Focus now turns to Purchasing Managers’ Index (PMI) manufacturing data for Germany and the euro zone due later in the day.

In company news, Airbus (PA:) rose 2.3% after Reuters reported that the company became the world’s largest planemaker for the first time since 2011 after delivering a forecast-beating 863 aircraft in 2019.