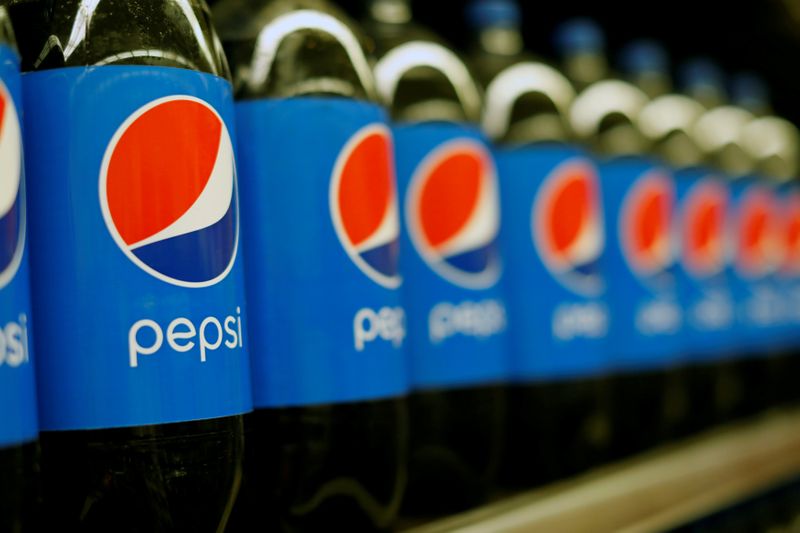 (Reuters) – PepsiCo Inc (O:) on Wednesday made its biggest bet in the energy drinks market with a $3.85 billion deal to buy Rockstar Energy Beverages, opening a new front in its long-running battle with Coca-Cola Co (N:).

The deal is also the latest move by PepsiCo’s new chief executive officer, Ramon Laguarta, to reduce the company’s dependence on its core sugary drinks and salty snacks, which have been increasingly shunned by health-conscious consumers.

The Rockstar deal comes about two months after Coca-Cola, which owns a stake in Monster Beverage Co (O:), rolled out Coke-branded energy drinks in the United States, after launching in European markets last year.

PepsiCo, which already distributes Rockstar products in some markets, has a smaller presence in the energy space with its Mountain Dew Kickstart and Mountain Dew Game Fuel brands.

“With Rockstar underneath their wings, they’ll have a family of energy drinks… they can coordinate the activity of an entire family of brands to meet a variety of needs of people,” Edward Jones analyst John Boylan said.

Laguarta has previously said the company was looking to expand its presence in the caffeinated beverages market, as longer working hours in the United States was helping increase demand for a quick energy fix.

Spending by consumers globally on energy drinks rose 9.9% to $12.72 billion for the year ended February 2020, compared with a 2.6% increase in sales of soft drinks to $26.96 billion, according to market research firm Nielsen.

Founded in 2001, Las Vegas-based Rockstar initially aimed straight for major player Red Bull, by having a wider variety of flavors and selling cans twice as big for the same price.

However, the brand, whose bright yellow logo can be seen on extreme sports teams and at music festivals, still remains far behind the Austrian giant, as well as Monster.

Monster and Red Bull, together accounted for over a third of the global energy drink market in 2019, according to data from Euromonitor International.

Pepsi said the deal is not expected to impact its revenue or earnings per share in 2020.

The company’s shares fell 2.9% in early trading in a weak New York market.