Home
Stocks
The Fed: The Fed just declared its own national emergency as it aims to shield economy from the coronavirus
Prev Article Next Article
This post was originally published on this site 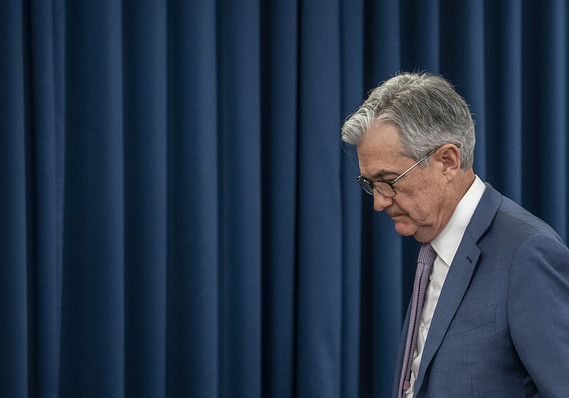 The Federal Reserve’s bold move to cut interest rates to zero and take other emergency steps to shore up the economy as the coronavirus slams the door on growth is largely winning kudos as the crisis deepens.

“Desperate times call for desperate measures, and the Fed is doing just that in an effort to keep credit markets functioning and prevent the type of starving of credit that nearly toppled the global economy into a depression in 2008,” said Greg McBride, chief financial analyst of Bankrate.com.

Read: Fed, not waiting until meeting, slashes rates to zero and restarts QE

Along with slashing a key short-term interest rate by 1% to basically zero, the Fed made hundreds of billions of dollars of credit available to businesses and financial institutions. Lower rates will also allow households to save money on auto loans, mortgages, credit cards and other loans.

Read: These are the dislocations in the U.S. Treasurys market that forced the Fed to act

The Fed acted Sunday night instead of waiting until its regularly scheduled meeting on Tuesday and Wednesday because of the rapidly deteriorating situation. It also sought to piggyback on Congressional and White House actions on Friday to backstop the economy and offer reassurance to businesses and households that it will do everything in its power to help.

“They are right to get out in front of this,” said FHN Financial chief economist Chris Lowe. “As testing ramps up in other states in the next week or so, the number of cases nationally will rise proportionally.”

Some economists have questioned whether the Fed should essentially fire all its bullets so early in the crisis, but most believed the central bank needed to try to get out in front as much as possible.

“Time is of the essence,” said chief economist Ian Shepherdson of Pantheon Economics.

Although the Fed has already deployed most of the tools in its arsenal, Chairman Jerome Powell indicated in a hastily called press conference that the central bank can and will do more if necessary. Those steps could include relaxing lending, borrowing and liquidity standards .

“We think we have plenty of power left in our tools,” Powell said. “There is room to do with we need to do.”

Powell declined to say where the economy will be in six months, saying it depends on the path of the virus and the level of success in containing the outbreak.

Read: The economy is in for tough times, but here’s a roadmap for recovery from the coronavirus

Investors, for their part, remain very anxious and fear the worst is yet to come. The Dow Jones Industrial Average DJIA, +9.36%  was indicated to lose more than 1,000 points when the market reopens on Monday, according to futures prices.